Popular socialite, Pretty Mike of Lagos, weighs in on a general misconception about marriage and its debate on being an achievement or not. 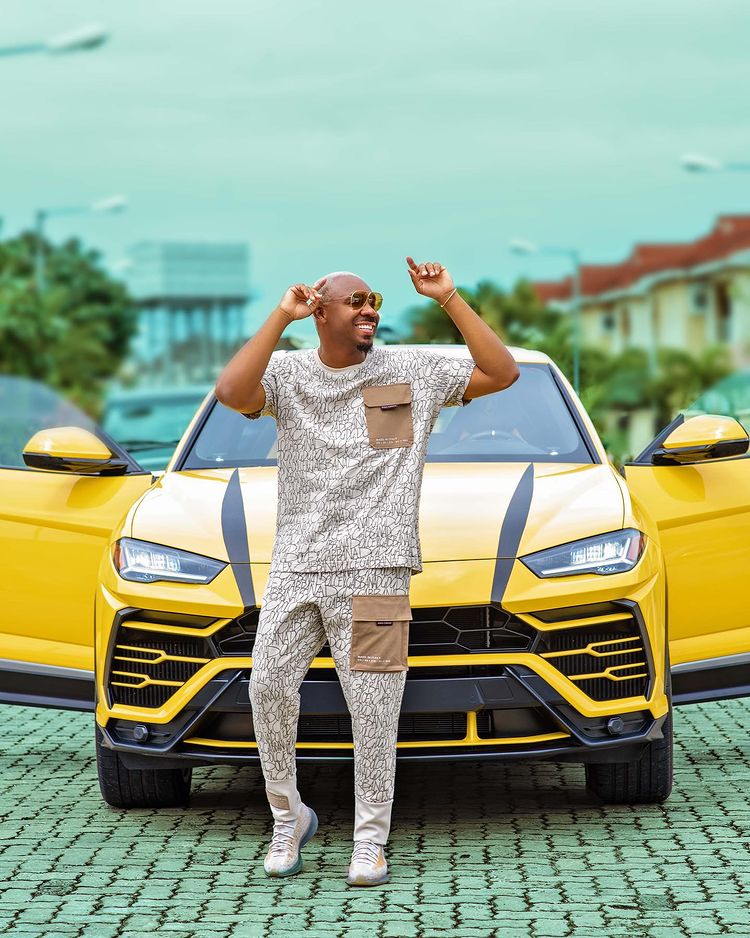 According to Pretty Mike in an Instagram post, the concept of marriage is rather simplified compared to the effort put into building a successful home and a family.

“Don’t allow anybody trick u by telling u, that marriage is not an achievement….Marriage is a high achievement, an accomplishment and a beautiful union to see two people or more come together and build a awesome home and family together……but if you beg to differ , then I can only assume that your conclusions are offsprings of a myopic perception or you are simply a product of a dysfunctional environment that never gave you the chance to appreciate the true beauty of marriage. 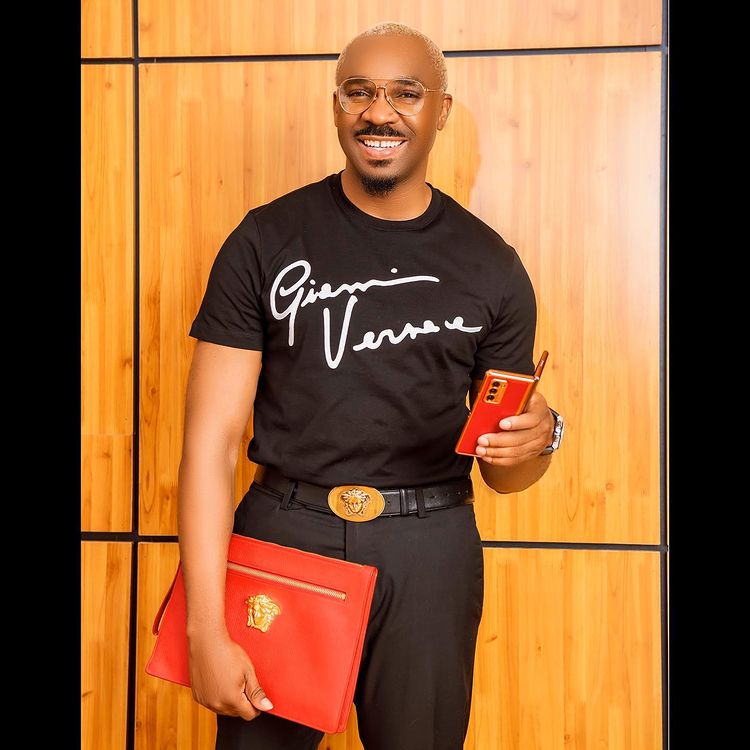 It really requires a great deal of tolerance, zeal, patience and compromise to work ; traits which are gradually diminishing in our society.

When I see couples who put in the extra effort , defy all odds and run over hurdles to make their union work both in real life and on social media … I applaud it because marriage itself is hard work.

So here’s me giving recognition and brownie points to the people who give me hope that somebody’s Daughter will find me one day,” he wrote. 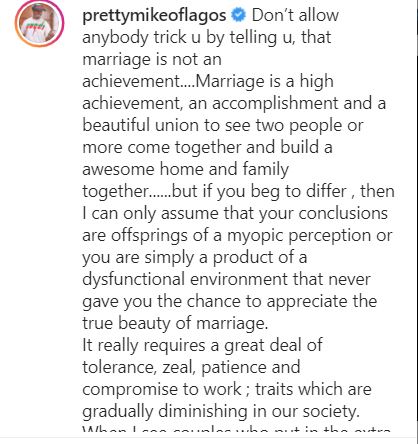