It was supposed to be all games, till, it ended in an uproar between deputy Head of House and new housemate, Queen. 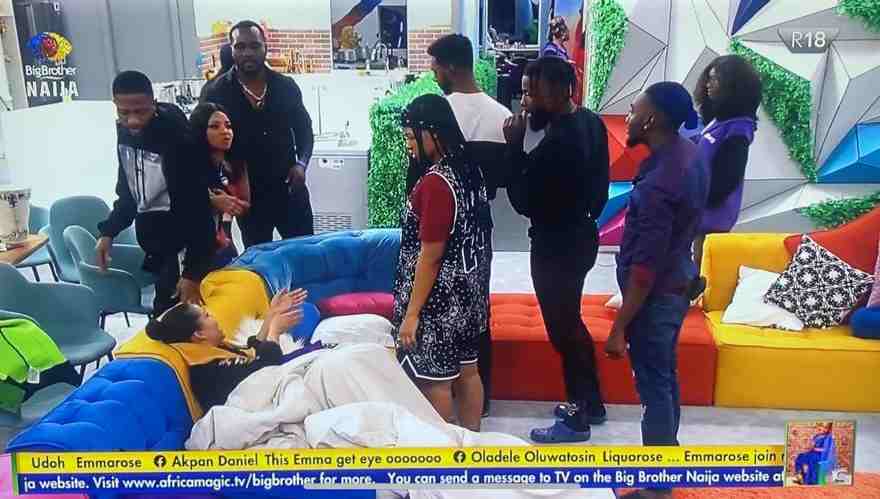 The housemates organised a game night where they were splitted into couples and they serenaded their partners. During the game, the anchor, Whitemoney, made the guys to show off their tonned body.

It was Pere’s turn and during the introduction, Whitemoney said he’s strategic and Queen agreed. This prompted a reaction from Maria, who said, “In two days, you know he’s strategic …”.

Queen held that to heart and after the game, she accosted Maria in a high tone. Maria was having none of it and she put her off.