Home Entertainment News Man storms off in disappointment after using his girlfriend to test if...

A man took part in a social experiment in which he used his lover to test his best friend’s faithfulness to him. 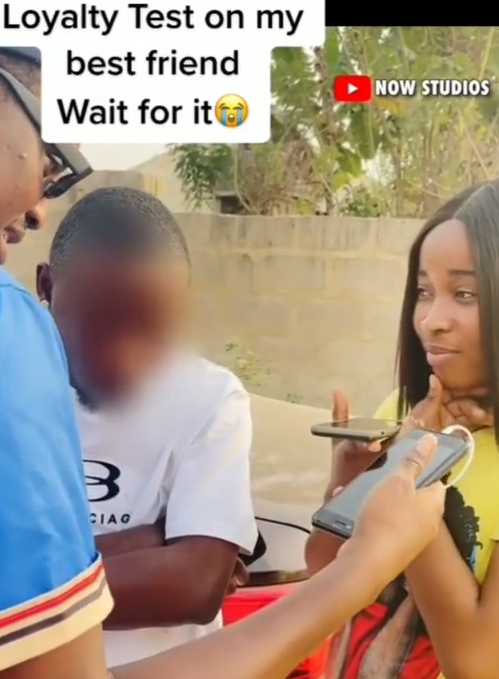 The plan was to put his best mate to the test to see if he would openly cheat on his friend’s partner behind his back, but his friend failed miserably.

He had hoped that his friend would ace the social experiment and make him glad and reinforce trust between them, but he was dismayed to find his best pal hitting on his girl.

It was decided that his lady would phone his bestfriend and tell him about her hidden emotions for him.

When she called him and introduced herself, they began talking, and she revealed that she liked him; surprisingly, he expressed similar feelings.

He had doubts about flirting with his guy’s girlfriend at first, but she persuaded him that they could handle it as grownups.

The bestfriend told the lady towards the end of the video that he was already pondering on kissing her, which enraged the boyfriend, who stormed off.