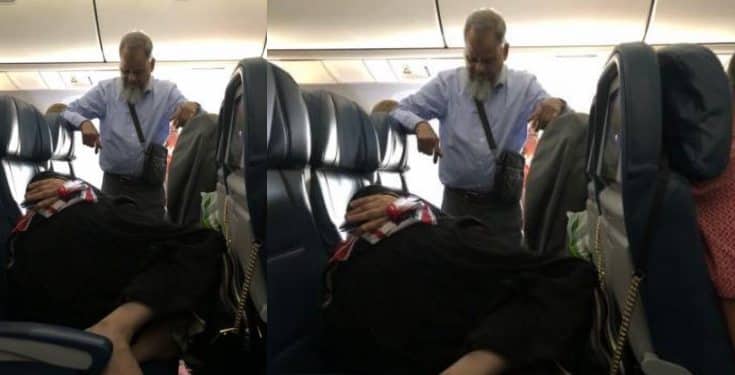 A man stood for six hours on a flight to allow his wife stretch out on his chair to sleep. But Twitter users are horrified by his action.

A woman who witnessed the man’s selfless act while on board a plane shared a photo on Twitter, writing: “This guy stood up the whole 6 hours so his wife could sleep. Now THAT is love.” 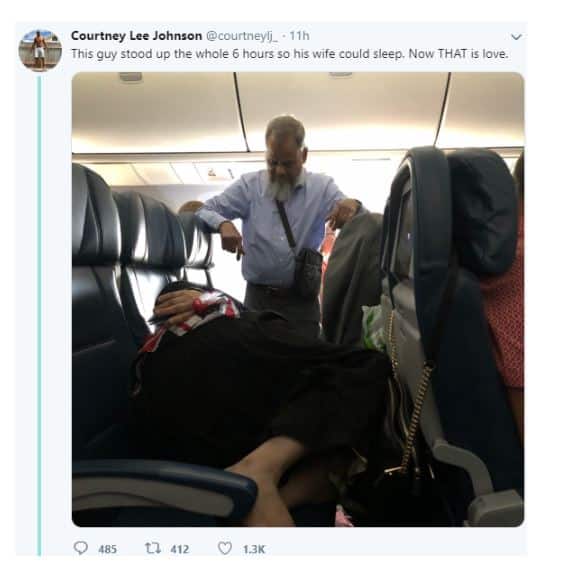 Twitter users agreed it was a lovely thing he did but most felt it was unnecessary as he could still sit while his wife lays her head on his lap.

“If that is love then I rather be lonely,” one man commented.

“That’s not love, his wife is selfish and he is weak,” another Twitter user said.

Another said: “Sounds like that Rose and Jack situation from titanic. So silly.” 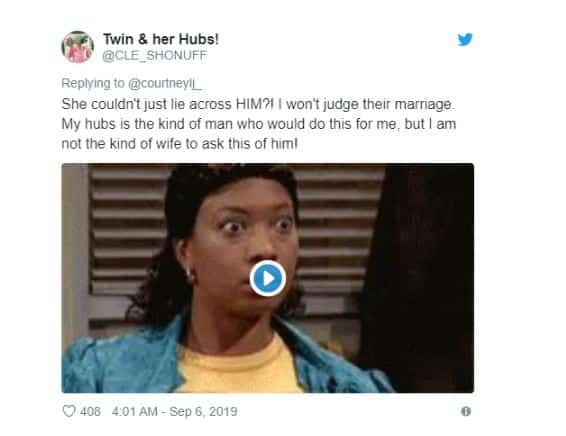 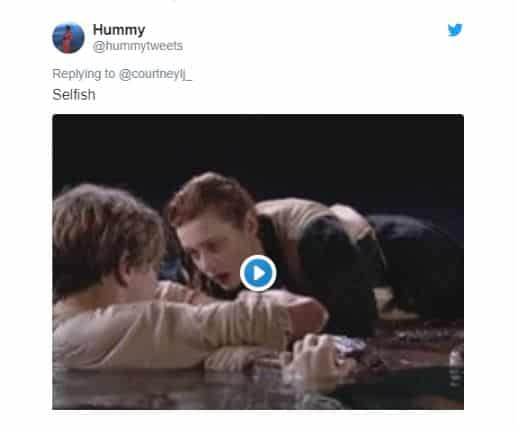