A Nigerian Twitter user with the handle @drpenking, is seeking for an explanation from Nigerians after he discovered that Yemi Alade, a Nigerian female singer has more followers on Instagram than Grammy award-winning artiste, WIzkid. 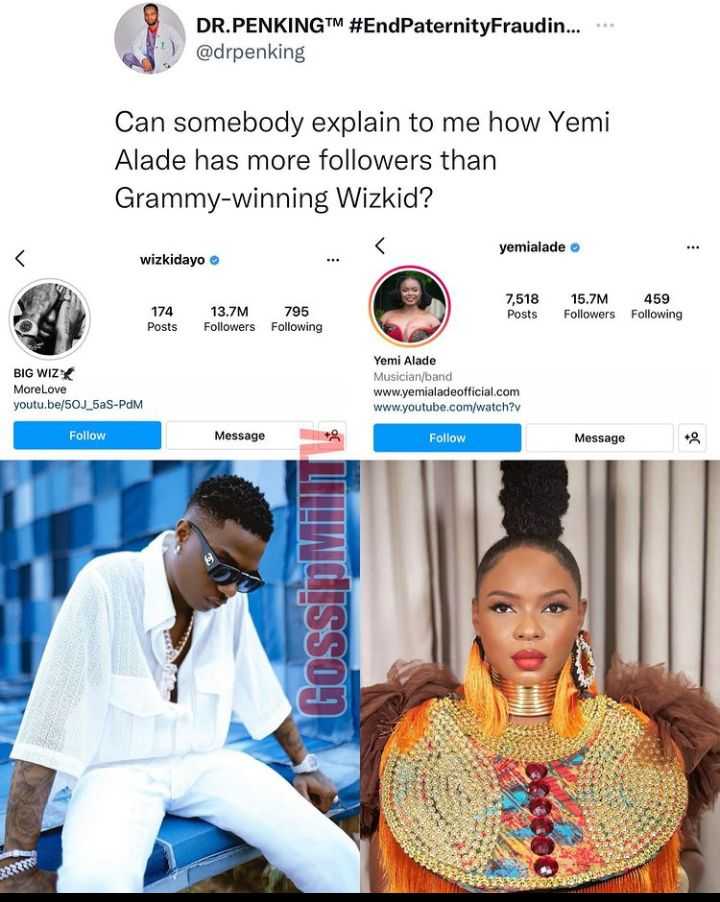 On Twitter, the man asked, “Can somebody explain to me how Yemi Alade has more followers than Grammy-winning Wizkid?”

However, reactions trail the question as many Nigerians try to defend the Grammy award winner whose IG account is 2m followers less than Yemi Alade’s.

@thesonofcomfort said, “I believe Wizkid’s followers are more organic than Yemi’s. People even celebs buy followers to boost their pages.”

@Isedlil said, “The most important thing is that like others she is winning. And winning big as well. On Hopper she is number 1 female earner in Africa and number 2 in Africa. There are still others who are not in top 10 earners but still has more engagements more than her.”

@Yolhacy said, “I guess she is bigger than Wizkid around the world? That’s what you meant yeah? Btw I never underrated her in my comment.”