Young man finds himself in a dilemma after allegedly impregnating his side chic a few months to his wedding with his fiance. 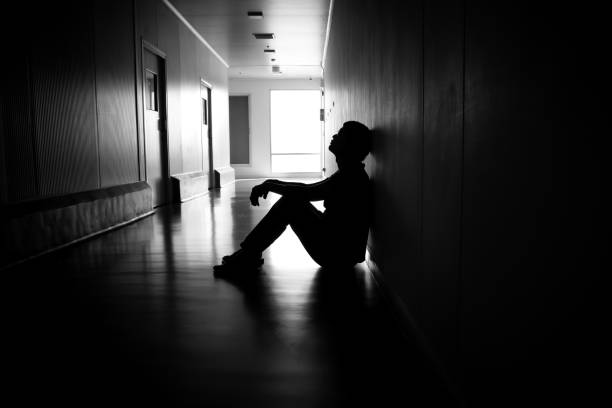 According to the narration of an embattled man, his side chic contacted his church to break the news of their affair in other to stop his marriage to his fiancee whom she knew about from onset.

The church, however, took the swift action of ex-communicating the man which led to his marriage at a different church, only to find out the side chic lied about the pregnancy.

“My wedding is scheduled for the 14th of May. I have a girlfriend who is claiming to pregnant for me. I have tried to talk with her so that we caput it under control and handle it maturely, she has since refused. I told her that I could sponsor the pregnancy but only if she doesn’t let my wife to be know about it.

The lady refused and she took phone and called to tell my pastor that I have impregnated her and I’m about to marry to another woman. I initially told her from the beginning that I have my fiancée. She didn’t just called my pastor, but she also went to my church on Sunday to inform the church.

My pastor and the church told me that I will not get marry to my fiancée again and that, I was going to be excommunicated from the church. I secretly married my fiancée in the absence of the church because my fiancée threatened to destroy me if the wedding doesn’t hold. The girl was tested by my family in a renowned hospital and she is not pregnant. However, she is insisting that she is pregnant. What can I do?” 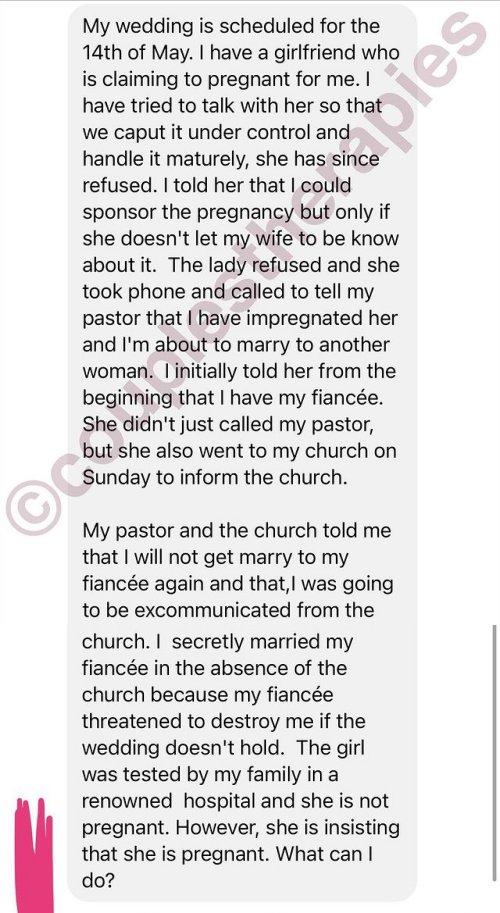