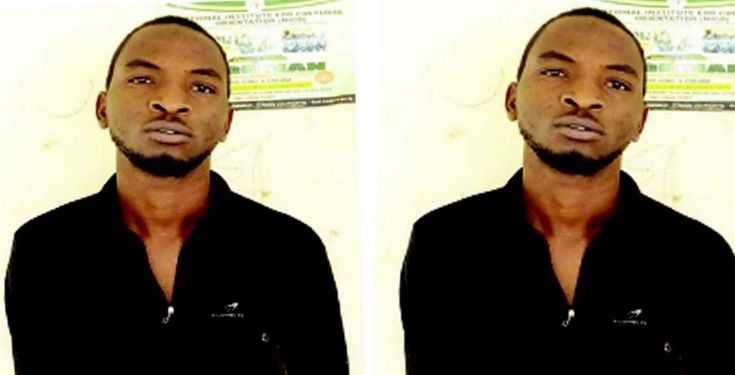 A 22-year-old boy has been arrested for allegedly masterminding the kidnap of his six-year-old stepsister in Makera, Katsina State.

The victim, Asiya Kazeem, was abducted while returning from an Islamic school on April 16, 2019. During investigation, the suspect, Ibrahim Kazeem, confessed to have conspired with his girlfriend, Murja, to abduct Asiya, adding that she was kept under his girlfriend’s watch.

He disclosed that he gave the gang his father’s telephone number to contact him and demand N3m ransom for the victim’s release.

He later pleaded with his gang to accept N200,000 ransom. He told them that everyone was traumatised already. Following his intervention, the gang accepted.

Ibrahim blamed himself for listening to his girlfriend. He said,

“My girlfriend came visiting and I kept her in an apartment detached from our main building.

During her stay, I could not give her money and she suggested that we should abduct my sister so as to raise the money to give her.

On the day Asiya was returning from Islamic school, I took her to Murja, who was on a motorbike. I had to appeal to them to release her because of the tension Asiya’s disappearance caused. Now I am ashamed of myself.”