A Nigerian protester has stunned social media after stating that his reason for joining the #EndSARs protest is because his first girlfriend was snatched by a SARs officer. 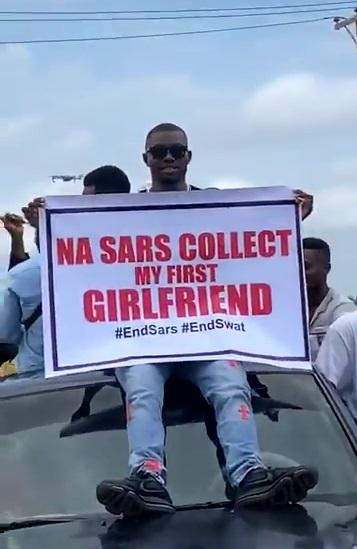 The man who took to the streets like many other citizens who are demanding an end to the Special Anti-Robbery Squad, SARS, and police brutality in general, revealed that his anger is over the fact that a SARS official ‘collected’ his girlfriend.

It even gets more funnier as the man in question hangs in the air a huge placard that reads “Na SARs collect my first girlfriend #Endsars #EndSwat.”