Home Viral News Man celebrates as he ties the knot with American lady who made...

A Twitter user identified by his handle as @OcheOfAfrica is in a blissful state as he ties the knot with an American lady who slid into his DM first. 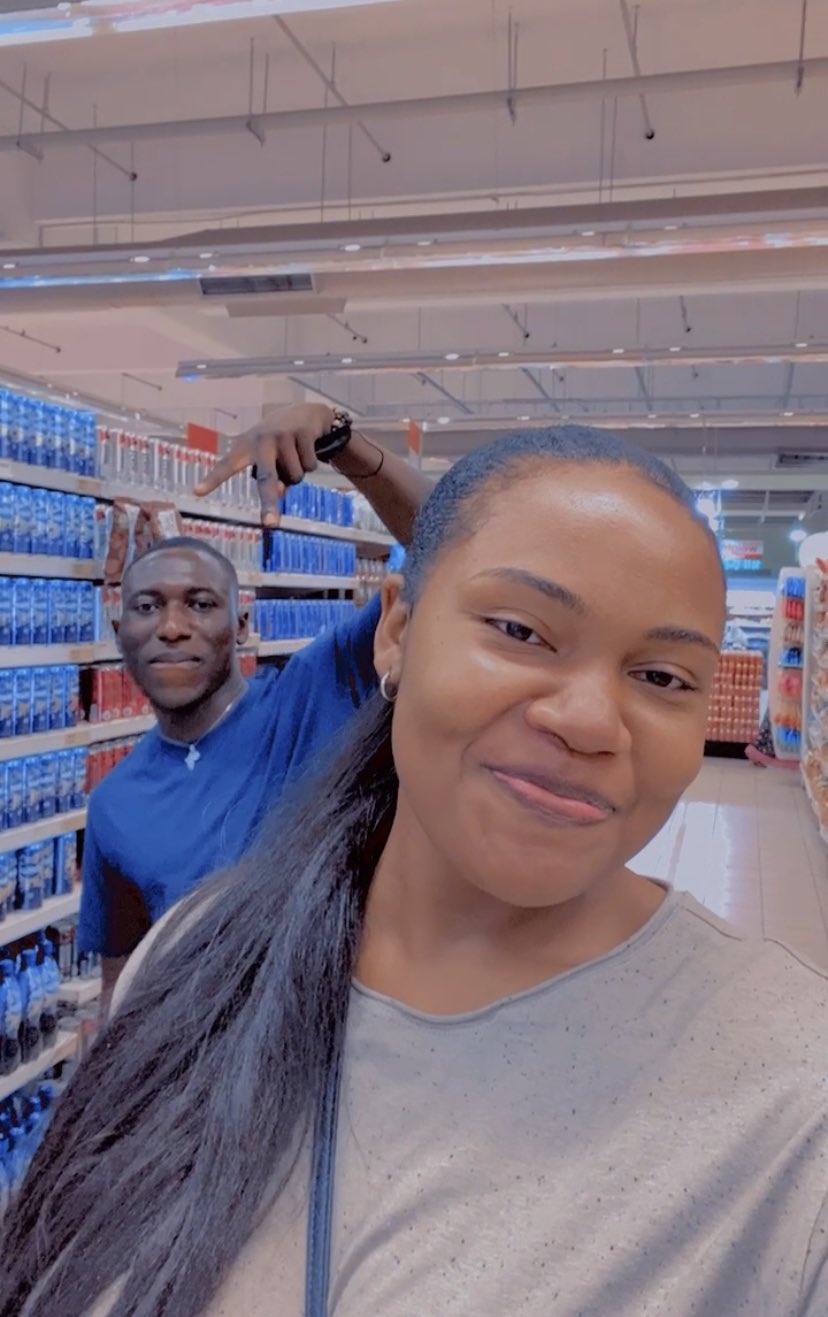 The man shared some screenshots of some conversations they had which served as a background for further convos that consequently resulted in marriage.

A glance at the chats show that the lady had complimented his looks first, and he reciprocated before other discussions took place. 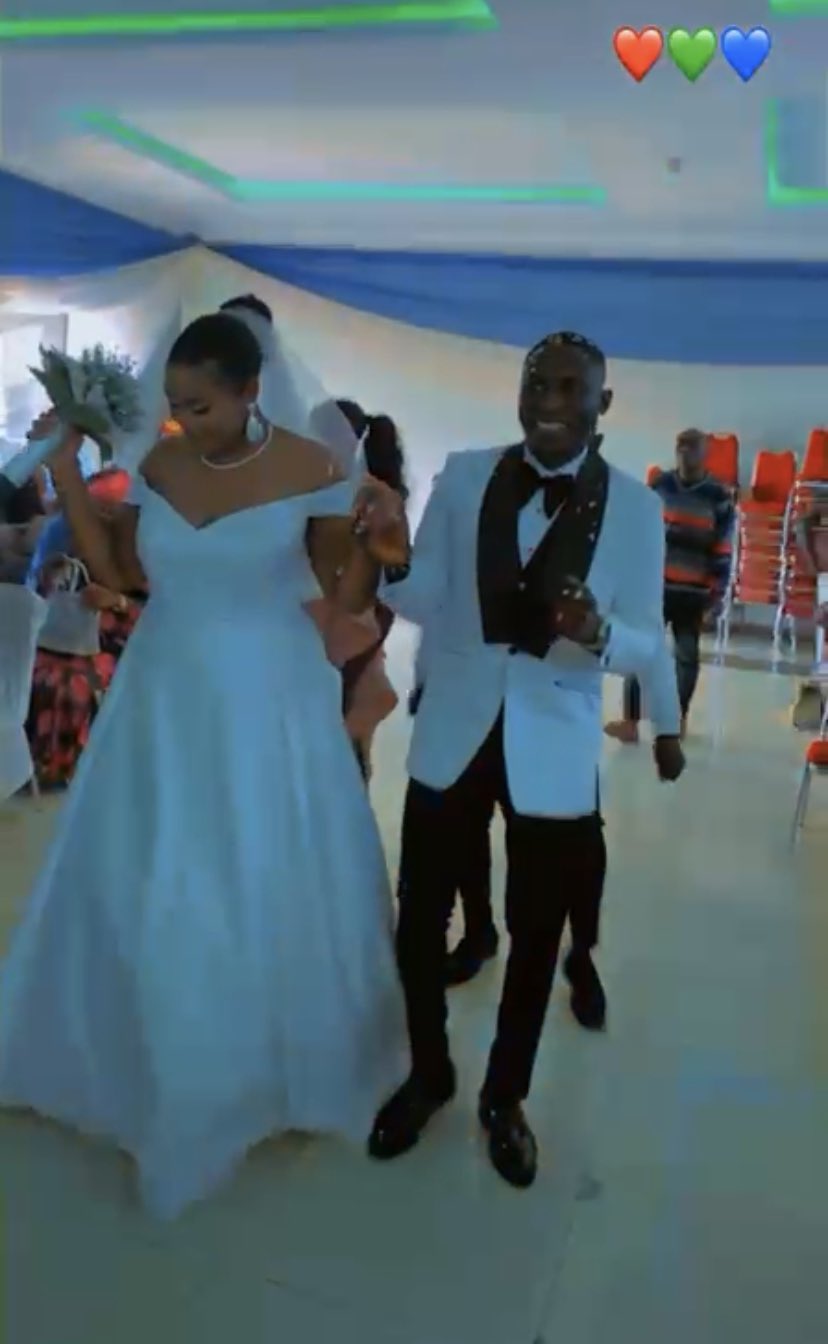 Sharing the screenshots and some photos, he wrote:

“How it started Vs How it’s going” 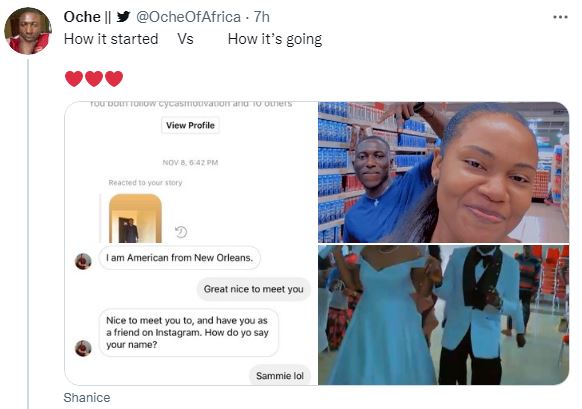 Netizens also stormed his page to send in congratulatory messages.