A young Nigerian man identified as Ejiro Gbadagri, alias Ejay, has been called out for being a woman beater as videos of him manhandling ladies surface online.

In one of the clips, the man who was putting on only boxer shorts could be seen slapping a South African woman named Bella, believed to be his girlfriend.

Upon slapping her, the phone she used in recording the violent scene fell off her hand leaving her in pain. 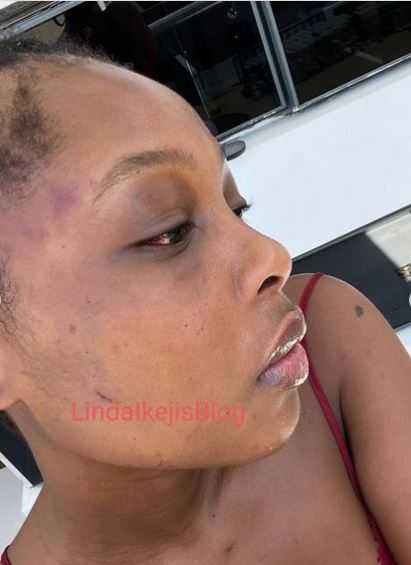 Photos of the lady showed bruises and broken nails caused by the severe beatings she received from her boyfriend on regular basis.

Friends of Bella revealed that Ejay always goes scot-free despite being reported to the police over brutality on his girlfriend. 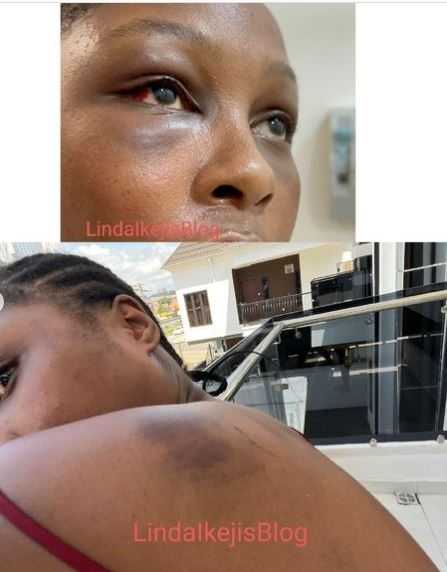 More photos show injuries inflicted by the Nigerian lad on other women.