A Nigerian man has taken to social media to seek for advice after a strange and scary encounter with his girlfriend of 8 years.

According to him, an argument ensued between him and his girlfriend over cheating allegations, and shortly after the fight, he met his girlfriend upside down and spinning like a whirl wind. 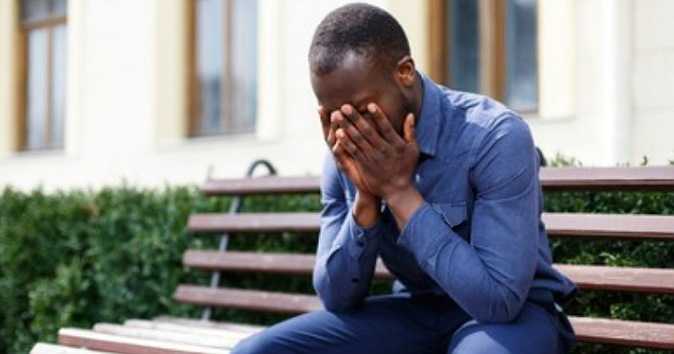 “I saw something strange last night. My girlfriend of 8 months came to spend weekend at my place. Last night, we had issues over cheating. A lady called me and she said ladies shouldn’t be calling me at odd hours.

My girlfriend got angry and went into the guest room. I followed her immediately to apologize but she quickly locked the door.

At 1:45 a.m, I went to apologize again and I met her door slightly ajar but what I saw was strange. My girlfriend was upside down. That is, she stood on the ground with her head and her leg was up and she was spinning like whirl wind”. 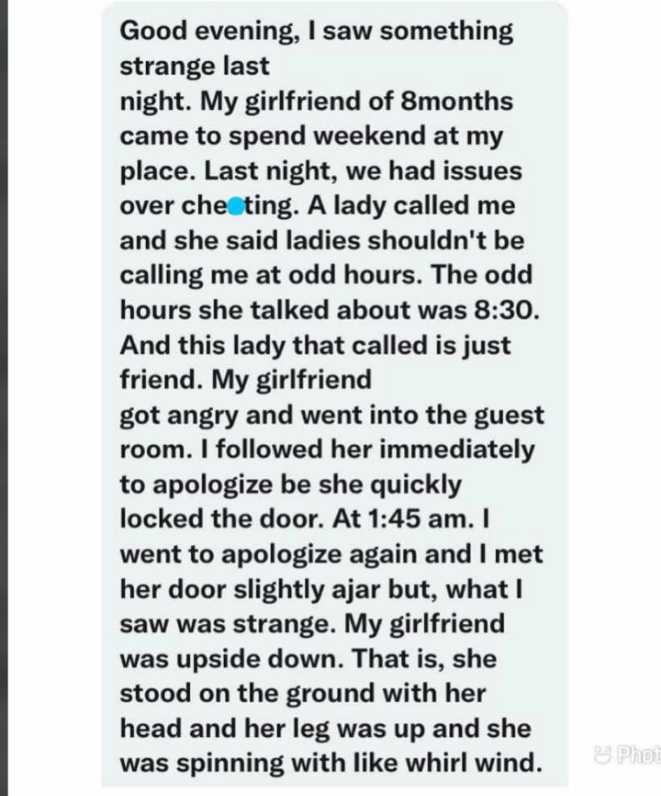 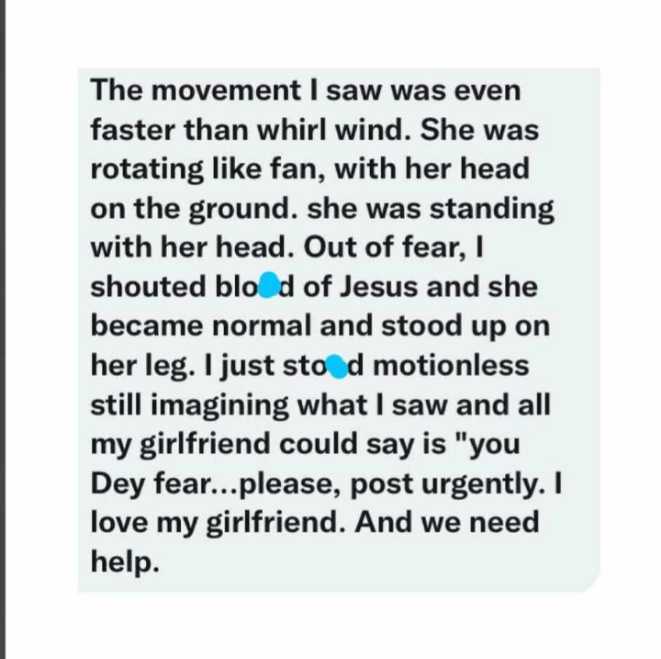