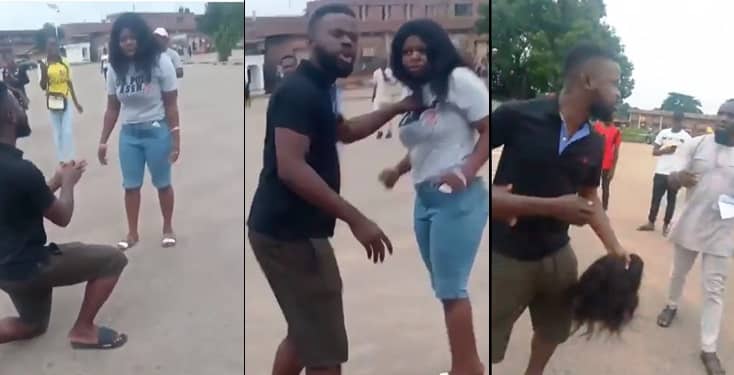 A man has been caught on tape beating up his girlfriend after she rejected his marriage proposal at Hall 2 car park, University of Benin, UNIBEN campus.

The boyfriend could be seen on one knee asking his girlfriend to be his wife. Passers-by stopped to watch the event as they waited on her response.

The lady was left dumbfounded after her boyfriend unleashed a wig-dropping assault on her following her refusal.
Watch video: