Home News Man cries out for help after seeing girlfriend ‘standing on her head’...

Embattled young man cries out for help after finding his girlfriend in an impossible position – standing on her head – in the middle of the night. 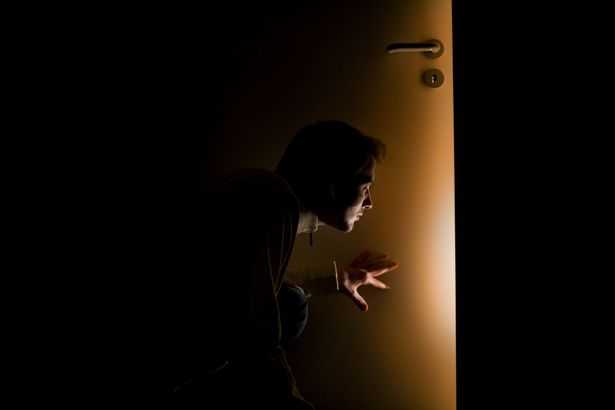 According to the young man who sought help through a relationship expert stated that he had a misunderstanding with his girlfriend which led to the lady excusing herself to another room.

However, in the middle of the night when the young man made attempts to apologise after she had shut him out, he found her in a weird position standing on her head.

“I saw something strange last night. My girlfriend of 8months came to spend weekend at my place. Last night, we had issues over cheating. A lady called me and she said ladies shouldn’t be calling me at odd hours. The odd hours she talked about was 8:30. And this lady that called is just friend. My girlfriend got angry and went into the guest room. I followed her immediately to apologize be she quickly locked the door. At 1:45 am. I went to apologize again and I met her door slightly ajar but Ceetee, what I saw was strange. My girlfriend was upside down. That is, she stood on the ground with her head and her leg was up and she was spinning with like whirl wind. The movement I saw was even faster than whirl wind. She was rotating like fan, with her head on the ground. le, she was standing with her head. Out of fear, I shouted blood of Jesus and she became normal and stood up on her leg. I just stood motionless still imagining what I saw and all my girlfriend could say is “you Dey fear” please Ceetee, post urgently. I love my girlfriend. And we need help.” 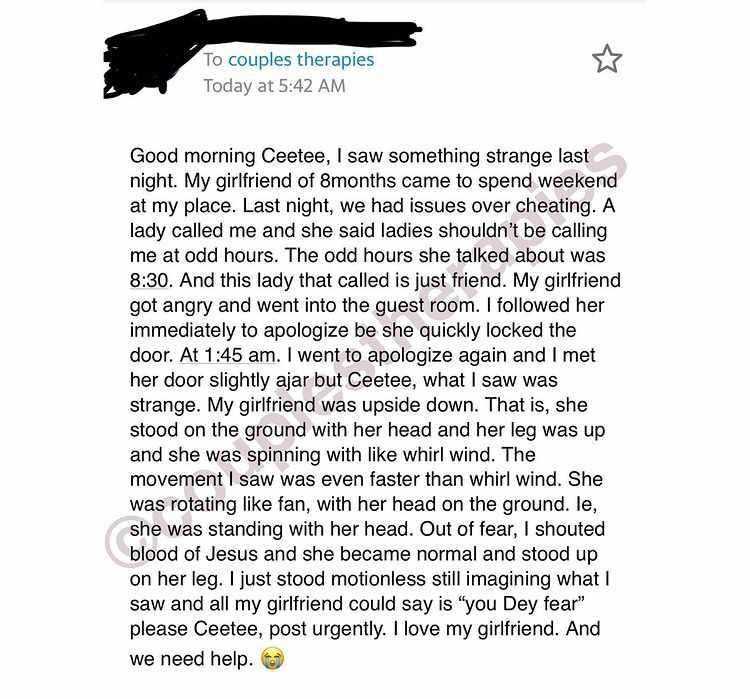