Lagos Socialite Pretty Mike has slammed those critics who once criticized reality stars, Neo and Vee’s relationship but are now drooling over it. 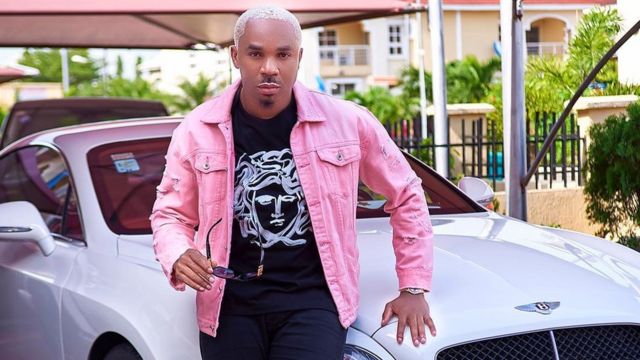 Recall that Neo and Vee started their relationship from the BBNaija house and have continued to wax stronger.

However, Neo has surprised his girlfriend Vee with luxurious birthday gifts as she marked her 25th year birthday.

In a post shared by Pretty Mike, he has advised that listening to the world is at your own peril.

He wrote: “The same people that we’re shouting Neo doesn’t deserve Vee during the reunion are now shouting ‘God when’ Listen to the world people at your own risky”. 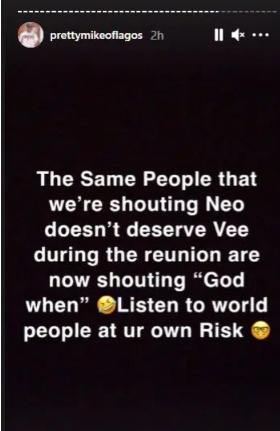