Home News Like Jesus Christ, I’m tempted to back out of Biafra struggle –...

Nnamdi Kanu, leader of the Indigenous People of Biafra (IPOB), says he is often tempted to back out of the struggle for the realisation of Biafra. 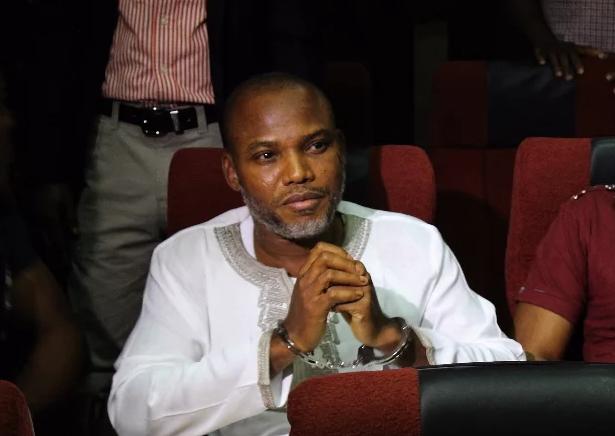 According to The Sun newspaper, Kanu compared himself to Jesus Christ who said to God at the Garden of Gethsemane “if it be possible, let this cup pass from me” when faced with temptations.

He was reacting to the reported killings of IPOB members on Sunday when security operatives disrupted a meeting of the group at Emene in Enugu state.

The Department of State Services (DSS) had also accused IPOB of killing two of its operatives in the clash.

“In my most private moments – when I reflect on this struggle and its fallouts, I have often been tempted, like Christ, to ask that this cup be passed from me,” Kanu said.

“I am sure you all feel the same in many fleeting moments of despair that is common with the fragile human spirit.

“So, as we mourn this latest mass murder of our people, let us all take some comfort that they didn’t die in vain, they died in honour, they fell in defence of freedom and their precious blood will be best requited by our collective and abiding resolve to never back down until Biafra is restored.”

Kanu, however, said he will continue in the fight for the emancipation of Igbo people from attacks and persecution rather than back down from the struggle.