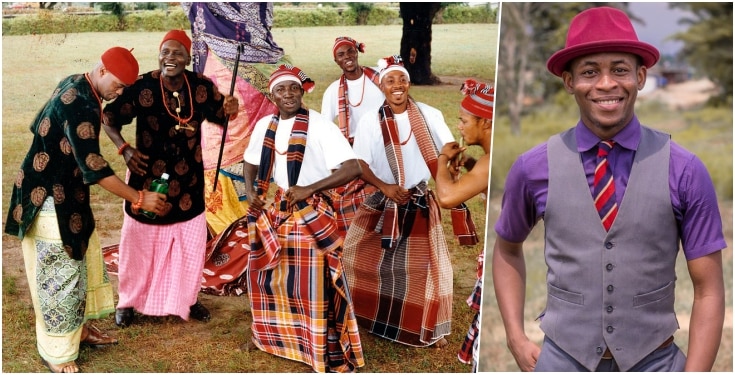 An Igbo woman took to Twitter to write her opinion about her kinsmen from the Eastern part of Nigeria.

According to the lady, identified as @Aphrodiety__, Igbo men are very annoying, arrogant, and have a striking dislike for successful women.

As expected, her opinion has been met with a lot of criticism and also stirred up a  whole controversy.

While most ladies agree with this point, the men are unabashedly unrepentant with their egoistic and snarky responses.

However, writer and life coach, Solomon Buchi Bartholomew, has come to the lady’s defence, saying that what she said about Igbo men is true, though she should try not to generalise.

Solomon Buchi, who is also an Igbo man, took to his twitter page to weigh in on the controversial post and also call out his tribesmen for being control freaks.

He accused Igbo men of acting like “demigods” when they have money and forcefully trying to turn their wives to housewives. He said they see women as the “lesser gender” and are obsessed with male children.

If I say that Igbos are hardworking, a lot of y’all will nod and agree with me. But if I say that Igbo men are typically misogynistic, you bash and cuss me out. Why would you agree to a conclusive positive statement and not take criticisms that way too?

If I say that Igbos are hardworking, a lot of y’all will nod and agree with me. But if I say that Igbo men are typically misogynistic, you bash and cuss me out. Why would you agree to a conclusive positive statement and not take criticisms that way too?

First off, there’s really a problem with selective stereotypes. Besides, stereotypes are stereotypes because they have truths in them. We will say Yoruba people love parties. Hausas are hospitable and United. Igbos are hardworking and business oriented. Yeah?

Now, in that same light, there are sides to the positives too. Igbo men are highly misogynistic; this is not tribalism. This isn’t fueling ethnocentrism; this is just a truth. If you call it a generalization then let’s look at our hypocrisy..

Nigerians will come online and say the police is tough, bad and tyrannical towards the citizens. The police is mostly painted in bad light. Nobody remembers that’s stereotyping. There are freaking good police men but outnumbered by the bad ones.

What am I trying to say? When someone calls out a tribe; criticizing them, don’t even come claiming its stereotyping because we all freaking stereotype and it’s not always bad! We all know every stereotype has exceptions!

Do Akwa Ibom people love dog meat? Yes! Many but then not ALL! Are Nigerian politicians corrupt? Most not all! What am I saying? There’s always something peculiar to a group of people! Good and bad! Now back to the main talk..

They usually feel like they are demigods especially when they have money; they feel entitled to a woman and everything about her. Their ego is bloated and honestly usually uncouth. This is the truth.

They’d tell you how they can feed you in disdain just because you refused to comply to their proposal. They’d remind you how they have someone your mate that they are taking care of.

They’d get married to a woman and turn her to a housewife by force. Control you like you don’t have a mind of your own.

The Igbo traditional practices don’t help. They have misogyny so entrenched in them. The woman is seen as a lesser gender. It’s prevalent with Igbos, the obsession with male children is just so much.

And even when a there’s a girl child, there are Igbo sayings like: “Nwoke bu ugwu nwanyi”. This means that a man is the dignity of a woman. Like saying a woman is incomplete without a man.

There are many instances. Ask women around you. Many of them will conform to you. I am not saying all Igbos are this way but trust me it’s more difficult to make a typical Igbo man to consider gender equality than any other tribe.

We are very traditional. Always clenched to how our fathers did it. Always. Well, this isn’t a hate post. This is a call out post that we can do better. There are good Igbo men who are progressive.

So yeah, Igbo men should strive to be more open and shed the stripes of misogyny. I know it’s how we were conditioned but you should make the difference. Gracias!