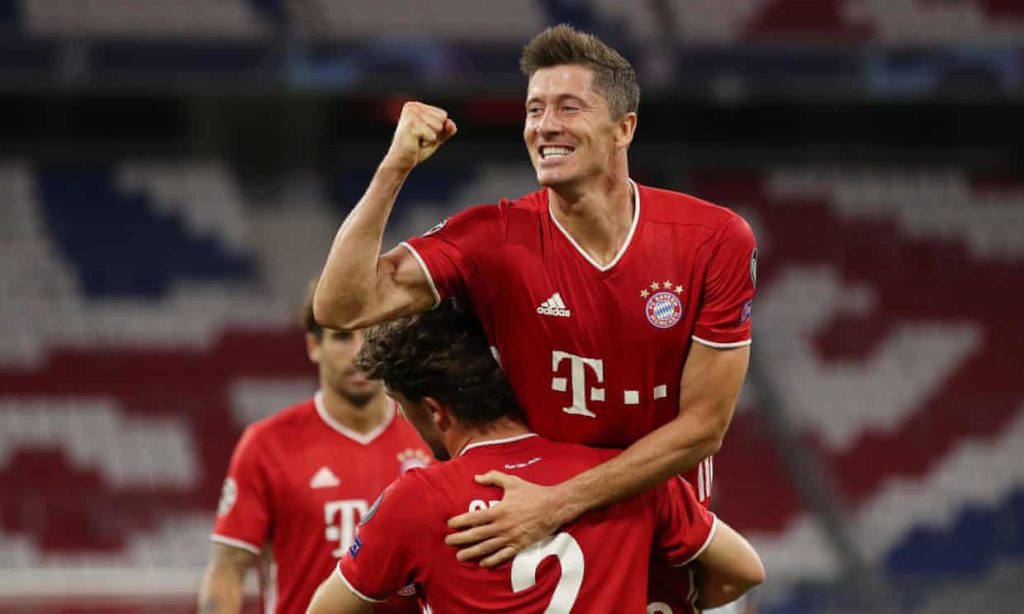 The imperious Robert Lewandowski scored two and made two as Bayern returned to action with a ruthless dismantling of Chelsea.

The German side now head to Lisbon to face Barcelona or Napoli in the quarter-finals.

The Blaugrana lead the Partenopei 4-2 on aggregate in the closing stages of that tie. Meanwhile, Chelsea go away to lick their wounds ahead of next season.

Bayern cement their status as one of the competition favourites with another ruthless display!

Lewandowski grabbed two and created goals for Perisic and Tolisso, too, with Abraham’s first-half strike only ever a consolation.

Chelsea are completely humbled by a brilliant side.