A conversation between popular billionaire, Femi Otedola and his daughter, DJ Cuppy has surfaced social media.

The billionaire’s daughter in the conversation, corrected her father after he made a wrong claim about her university. 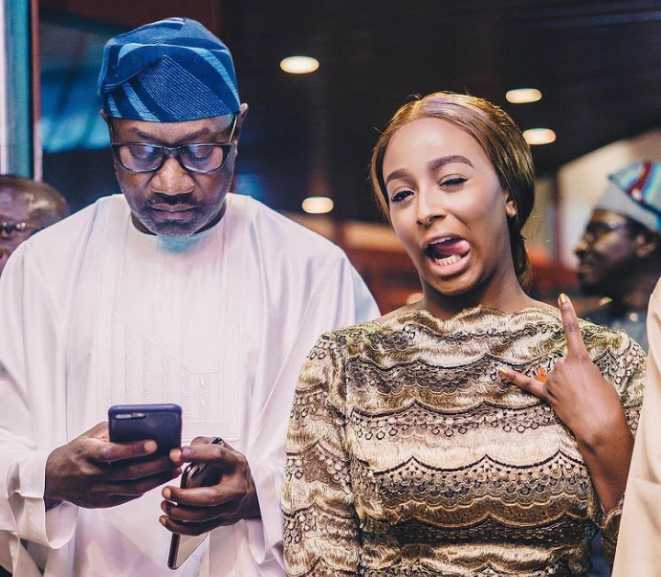 Femi Otedola had asked Cuppy about her university, “Cambridge”, and Cuppy in her response, told him that she doesn’t attend Cambridge.

Femi Otedola wrote:
“Good morning Ifemiii, pls which collage are u in Cambridge”.

Cuppy in her response, told her father,
“Morning Papa, first of all I’m in Oxford, not Cambridge”.

The WhatsApp chat has sparked reactions from Nigerians on Instagram.

See chat and reactions below: 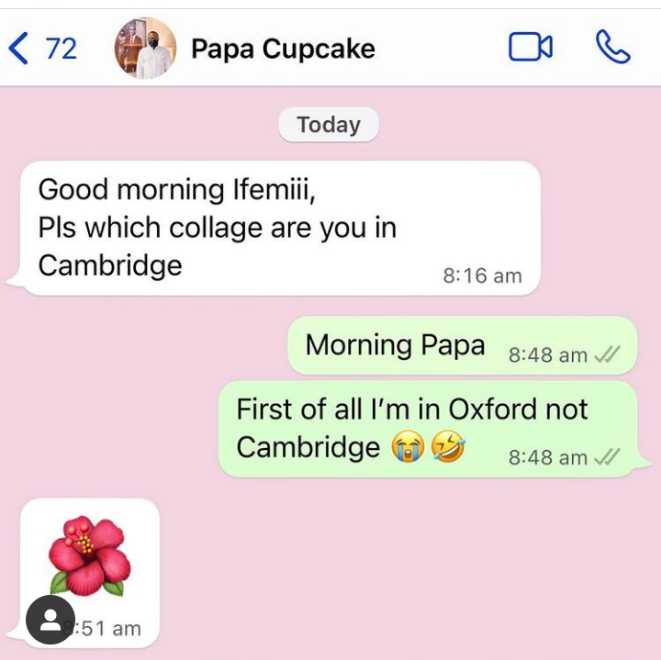 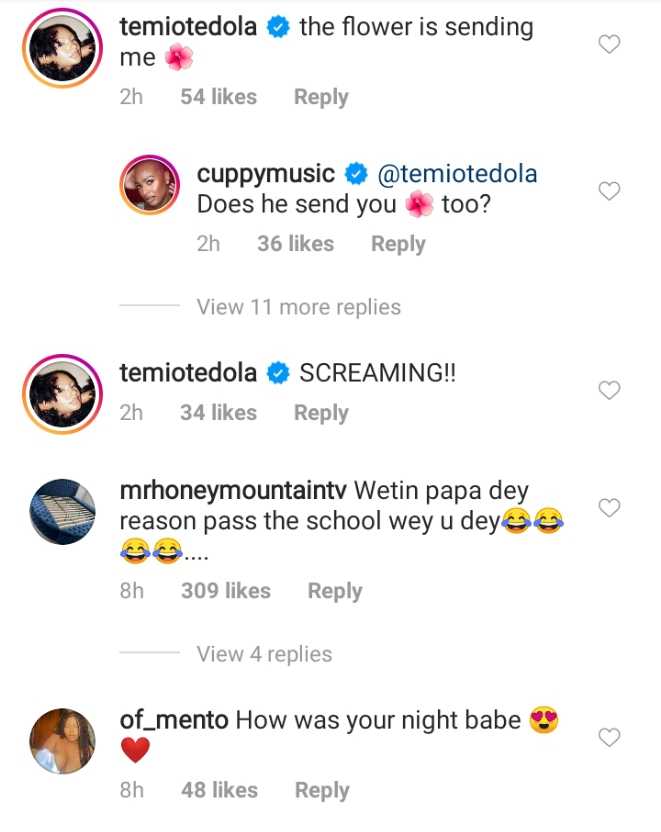 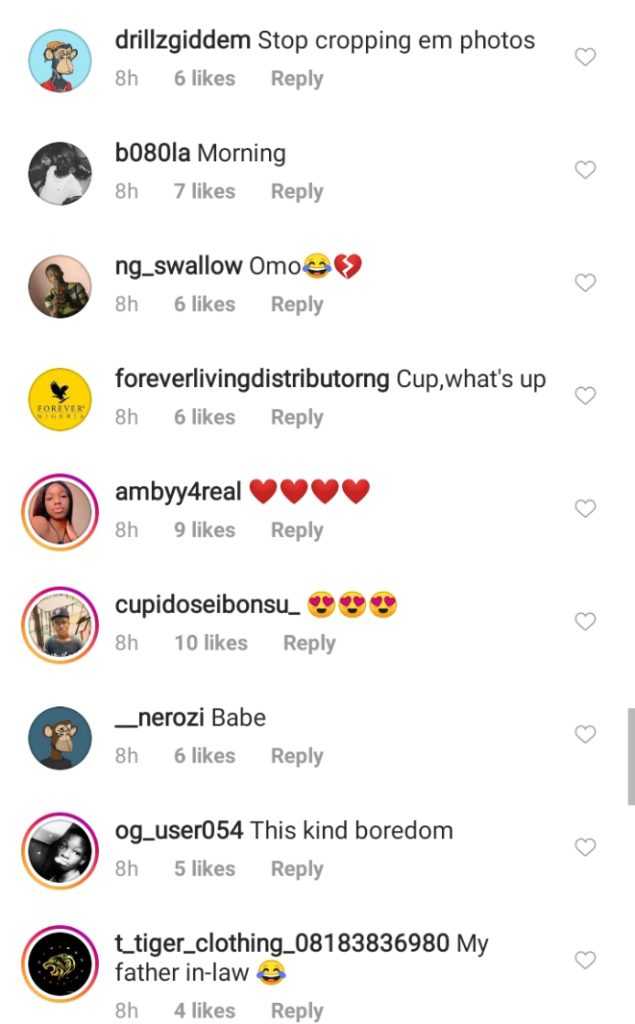