Popular billionaire businessman, Femi Otedola has reacted after his daughter, DJ Cuppy lamented about being single.

Recall, following Rihanna’s pregnancy, DJ Cuppy took to Instagram to lament that Rihanna is pregnant while she’s yet to get a man. 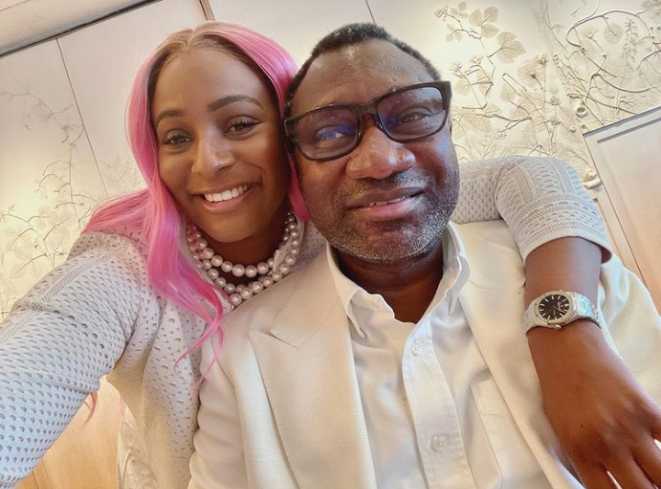 Rihanna in some photos, was seen showing off her growing baby bump as A$AP Rocky kissed her forehead.

Reacting, DJ Cuppy, in a tweet via her Twitter handle on Monday, said she is still single while Rihanna is pregnant.

“Rihanna is pregnant and I’m still single,” She tweeted alongside an upside-down face emoji.

Reacting to his daughter’s lamentation however, Femi Otedola assured her that God’s time is the best. 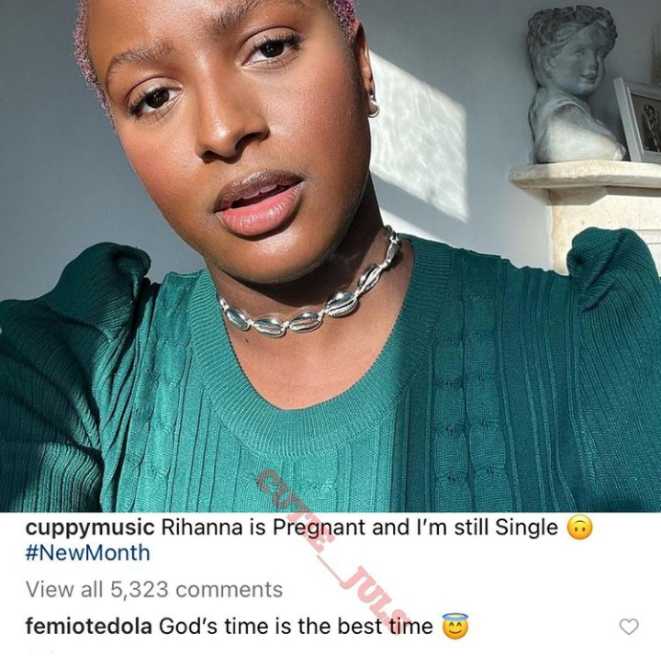 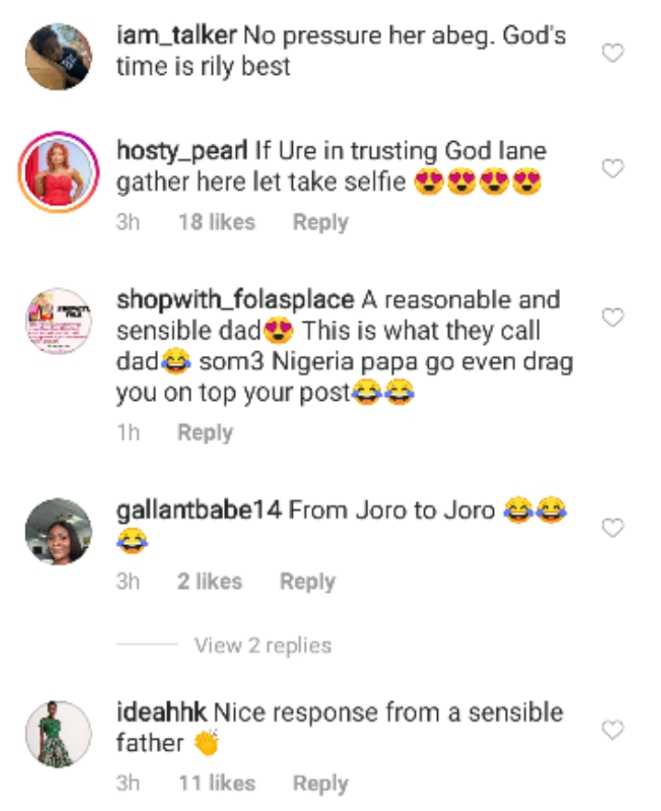