According to a report by The Nation, the Mother of Leah Sharibu, the only Dapchi school-girl remaining in Boko Haram captivity, Mrs. Rebecca Sharibu has stormed London to meet the British Prime Minister on her daughter’s case.

Mrs Rebecca Sharibu who spoke in an interview with the Hausa Service of the British Broadcasting Corporation (BBC) in London, said that, President Muhammadu Buhari was not serious about securing the release of her daughter. 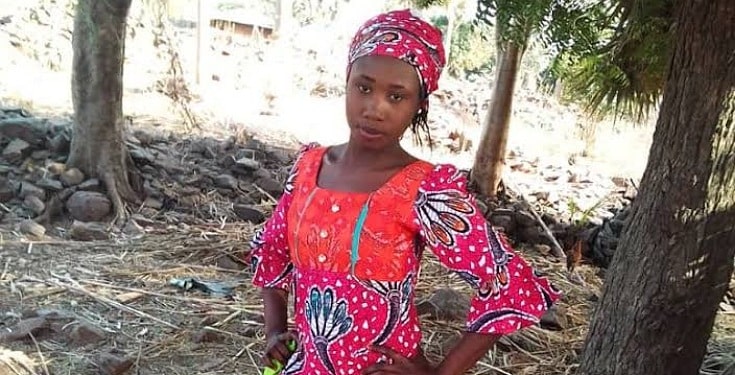 She however said, she was in London to seek the assistance of the the British Government to free Leah from the terrorists’ captivity.

According to Mrs. Sharibu in the interview monitored by our Correspondent in Kaduna on Thursday, President Buhari did not contact their family until seven months after the abduction of their daughter.

She also lamented that, after the President contacted her, and sent down three Ministers, assuring her that Leah was going to be released soon, nothing else else had been said to her by the President.

She however said it was against that background that, she decided to visit London to lay her complaints and seek the British government’s help. 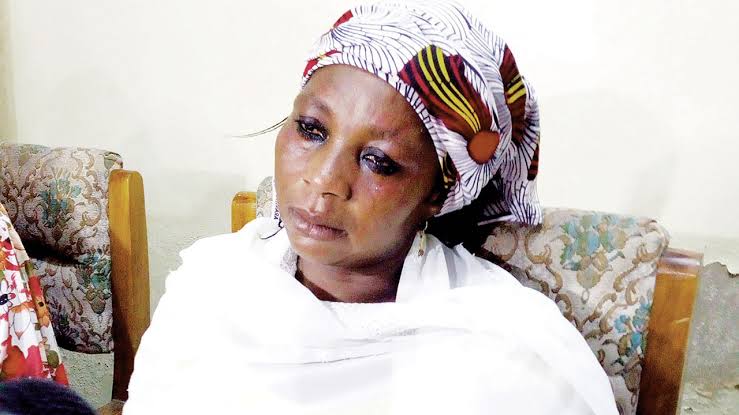 According to her, “I have come to Britain to lay my complaints, I need their help. They should help me, I will like my daughter to be freed from captivity.

“When he called me, he told me that my daughter would return, that she would not stay long.

“Two weeks later, he sent three ministers to our house and they corroborated what Mr. President had told me. The ministers reiterated that Leah would be returned to me, shortly.

The Ministers said they were in my house to reassure me that my daughter would soon return. But since that day, I never heard anything again from the government.

“My major worry now, is for the government to do whatever possible and free my daughter from captivity. Because, I am seriously disturbed, but there is nothing I can do. If the government is doing nothing, what can I an ordinary citizen do?” She said.

Mrs. Sharibu however commended a non-governmental organization, Leah Foundation established in honour of her daughter, saying that, the Foundation had been of great assistance to the Leah family.

She also disclosed that, the Foundation assisted the family in towards making her trip to London a reality.

According to her, “Leah Foundation is helping us by sponsoring some girls, even my trip to London, they assisted. Recently, we were assisted by them.” She said.

Leah Sharibu was among 110 school-girls, abducted from their school premises in Dapchi village of Yobe State in February 2018. While others have since been released, Miss Sharibu is being held back in captivity by Boko Haram terrorists, allegedly for her refusal to denounce her Christianity faith.