The circumstances that allegedly led to the death of Sylvester Oromoni, a pupil of Dowen College, Lagos, appears reignited following a testimony by Owhojedo Aghogho Henry, a medical doctor in Warri, Delta State. 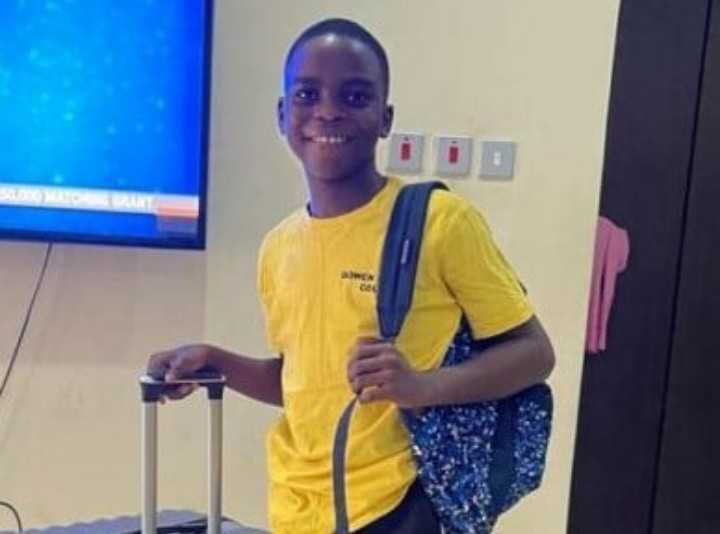 According to Owhojedo, he diagnosed the late 12-year-old Sylvester Oromoni Jnr with enlarged liver before his death.

Testifying before the coroner’s inquest into Oromoni’s death at the Epe Magistrate Court, Lagos, the doctor stated that the deceased parents had informed him that Sylvester had sustained injuries from playing football, but when a test was conducted on him, no evidence of fracture or dislocation was found. 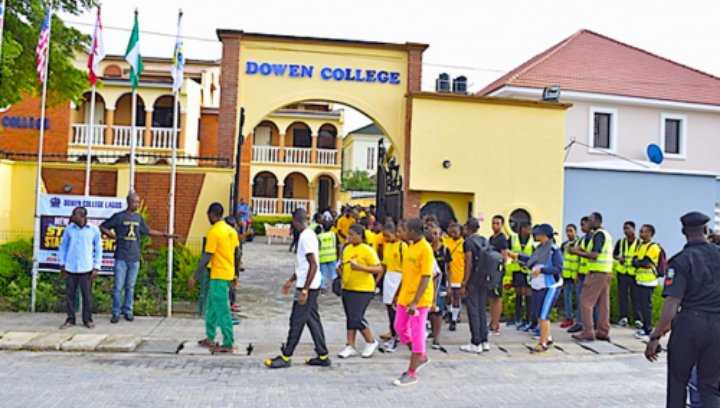 In his statement of oath, the doctor narrated: “I, Dr Owhojedo Aghogho Henry, Male, Christian, Nigeria Citizen hereby make an oath and state as follows:

“That I am the Medical Director of Vicah Clinic/ Hospital at No. 6, Maduku Street Warri, Delta State.

“I graduated from the College of Health Sciences, University of Port Harcourt, Rivers State. I also have a master’s degree in Public Health in Obafemi Awolowo University, Ile-Ife, Osun State

“On 26/11/2021, the father of the deceased called and informed me that the late Sylvester Oromoni Jnr. was sick and had just been brought back from Lagos.

“The deceased’s father informed me that Dowen College told them that the sickness of the boy was a result of injuries he sustained on his leg while playing football in the school.

“The father, therefore, asked me if I had a vacant private ward to enable them to attend to him comfortably as parents as he could not attend to himself without the support of another person.

“I replied the father that there was no vacant private ward hence he became our outdoor patient.

“On that same 26/11/2021 since the boy’s body temperature was very high as it read 38.7oc and he was in pain, I took blood samples and did a test for full blood count, random blood sugar and typhoid fever.

“That the result showed that he had malaria fever and we treated him for malaria fever from 26/11/2021 to 28/11/2021 with a nurse in attendance. The clinical notes in respect of the treatment Sylvester Oromoni Jnr. are available.

“On the same 29/11/2021, the deceased father had earlier called me to say that the deceased confessed that he was beaten up, tortured and given an unknown liquid substance to drink by five students of Dowen College.

“And when I got to the house of the deceased on 29/11/2021, the mother equally confirmed same to me. On that same 29/11/2021 which was in the night, based on the said confession and scan report I decided to refer them to Delta State University Teaching Hospital, Oghara, even though I initially taught of Lily Clinic because Ogham Teaching Hospital has better facilities.

“On the 30/11/2021, I took the referral note to the house where the deceased was and took blood samples again to reconfirm his genotype while awaiting the ambulance to take him to Oghara.

“Shortly after I returned to the hospital, the deceased was rushed down to the hospital and I did CPR i.e Cardiopulmonary Resuscitation and oxygen was administered but he was later confirmed dead.

“I do solemnly declare that I make this solemn declaration conscientiously believing same to be true and in accordance with the provisions of the Oaths Laws of Lagos State.” 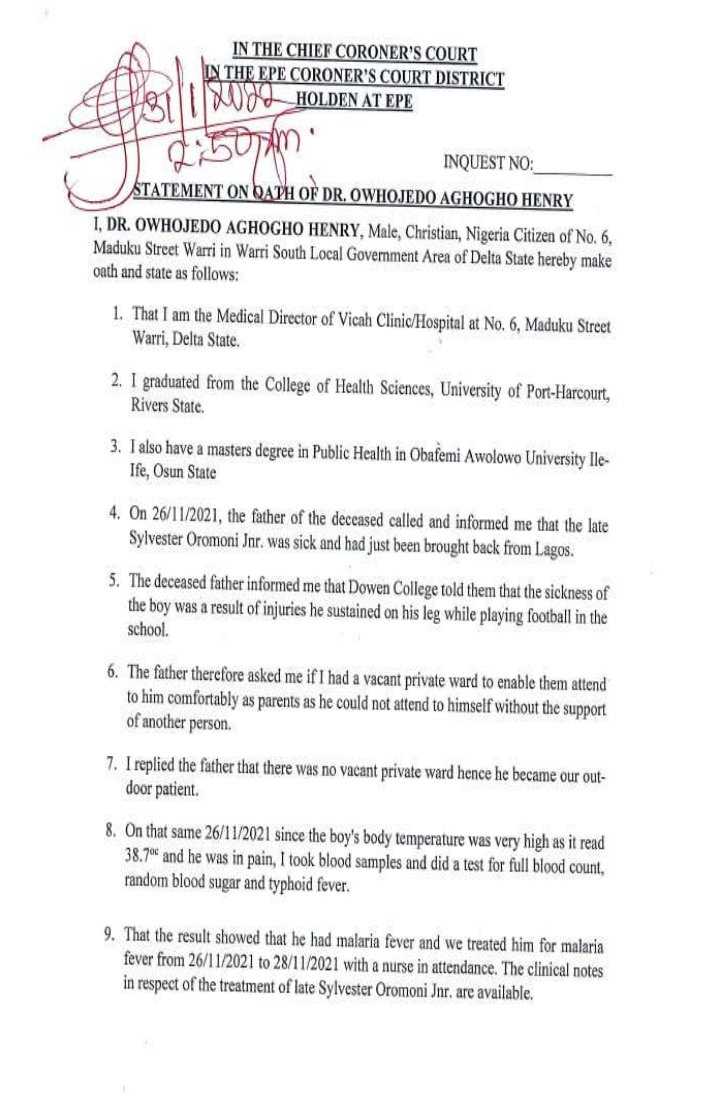 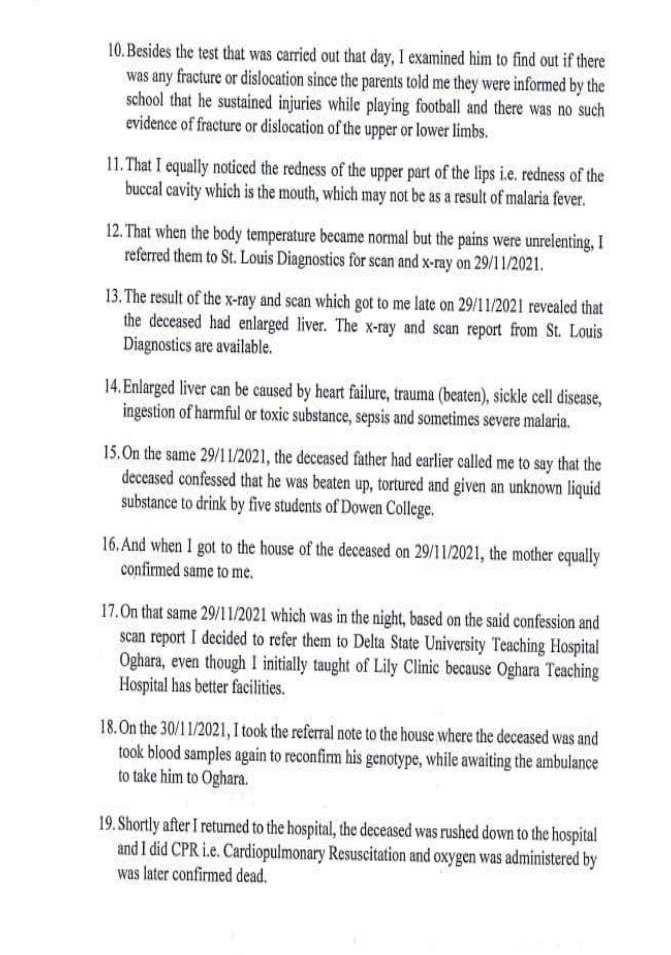 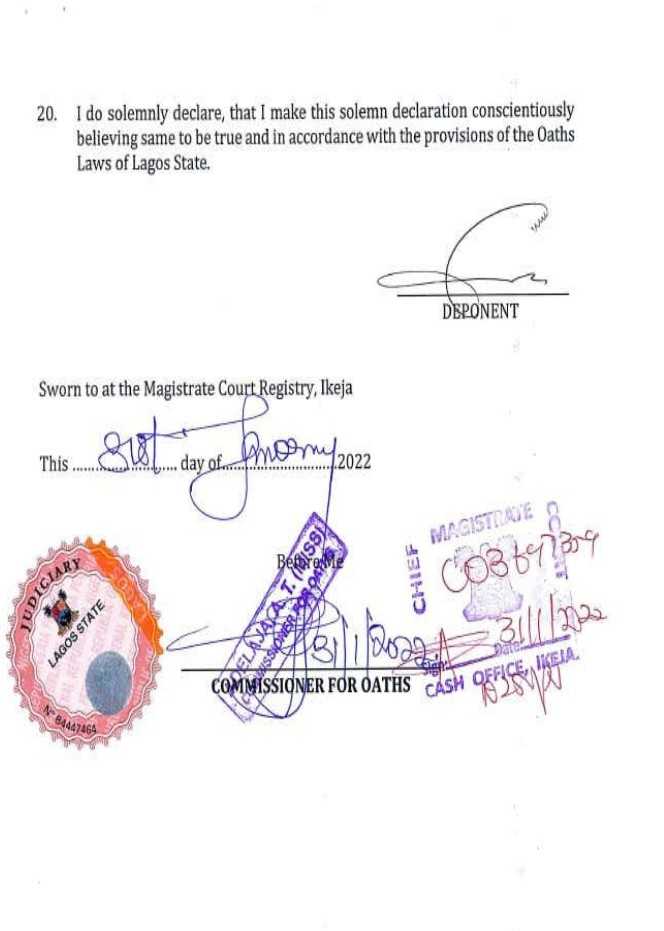