The landlady of a church building has taken an extreme measure to evict her tenant at Igbinoba street, off Akugbe road, Benin, Edo State.

Reports gathered that the lady had told the tenant, who is a pastor, to vacate her land after his rent expired in October. 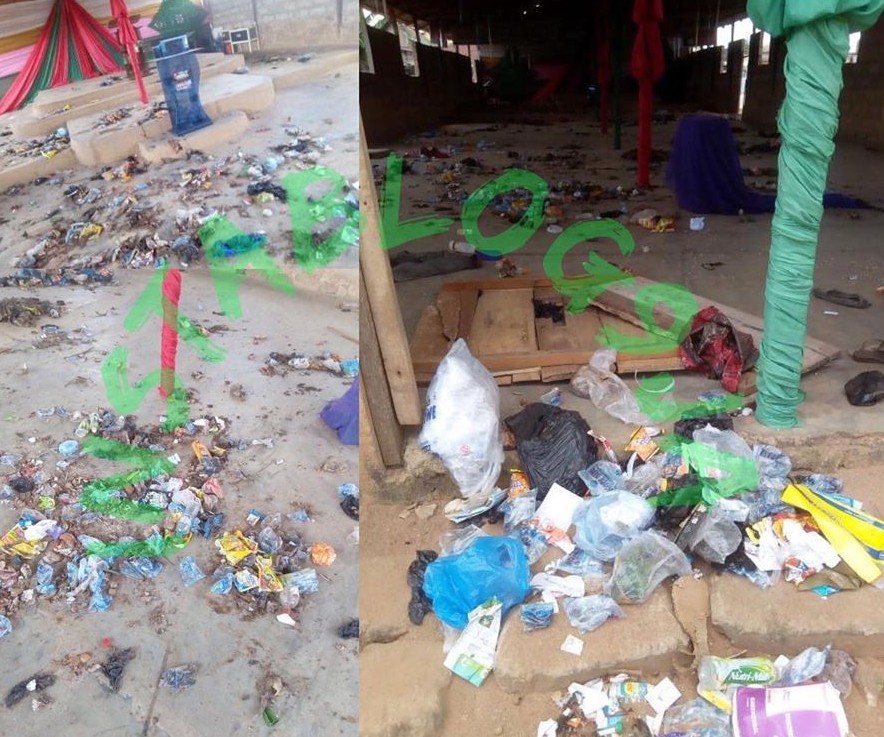 However, the man’s refusal to move out on time prompted landlady to storm the building with bags of trash and litter everywhere.

Nigerians have taken to social media to air their views on the incident. From the comments, majority are sincerely against the action of the landlady, as they described her action as a total disrespect to God.