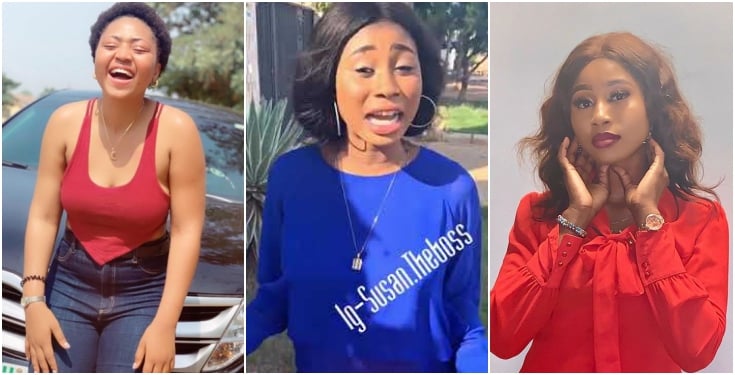 A young lady, who mocked actress Regina Daniels for getting married to 59-year-old Ned Nwoko, has been outed as someone who is also married to a 72-year old white man in England.

In a video she made, she expressed disappointment that Regina Daniels got married to Ned Nwoko, a 59-year billionaire yesterday in Delta State.

Shortly after she made a video expressing her disappointment, another video surfaced showing her with a white old man she is allegedly married to.

Regina Daniels and Ned Nwoko got married yesterday, a union that was kicked against by the father Jude Ojeogwu. According to him, it doesn’t have his consent. He also revealed that he and Ned grew up together and that he’s actually 62 and not the widely publicized 59-year old the media say he is.

In his post shared on Facebook yesterday, Jude Ojeogwu stated that he couldn’t believe Ned would be getting married to his daughter whom is says is 17-year old and not 20. He also warned her mother who has been calling the shots concerning the marriage.