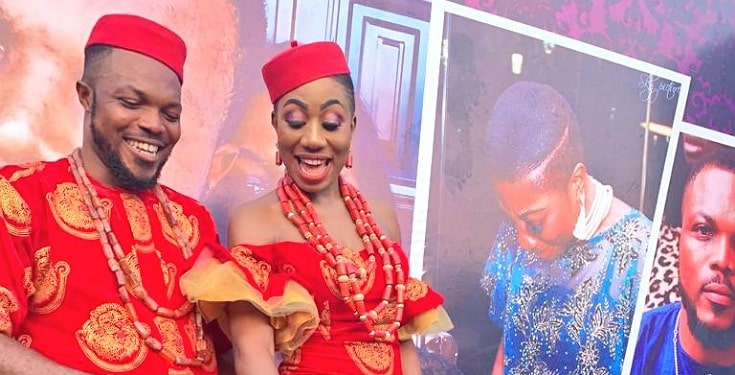 A lady on Twitter, @Chiefladyhur  narrated how she met her husband after her ex-boyfriend sent her to the market.

In her narration, the lady stated that she was in her ex house when a lady video called him on phone. Her ex asked her to hide under the duvet so that he can show the lady his new apartment.

However, she felt awkward after her ex asked her why she was hiding under the duvet because she was only talking to his aunt. Afterwards, he sent her to the market and that’s where she met her husband.

“One time I was in my ex house and man was doing video call. The girl asked him to show him his new apartment. Me that was on the bed, man said I should go under duvet and not shake at all. I did it o. Man showed the girl his bed, duvet,everywhere while i was under crying.

Funny enough,after hiding,he asked me why I hide o say he was taking g to his aunt t in US. Man now said I should go to the market. I obeyed o. That was how I met my husband.”, she tweeted. 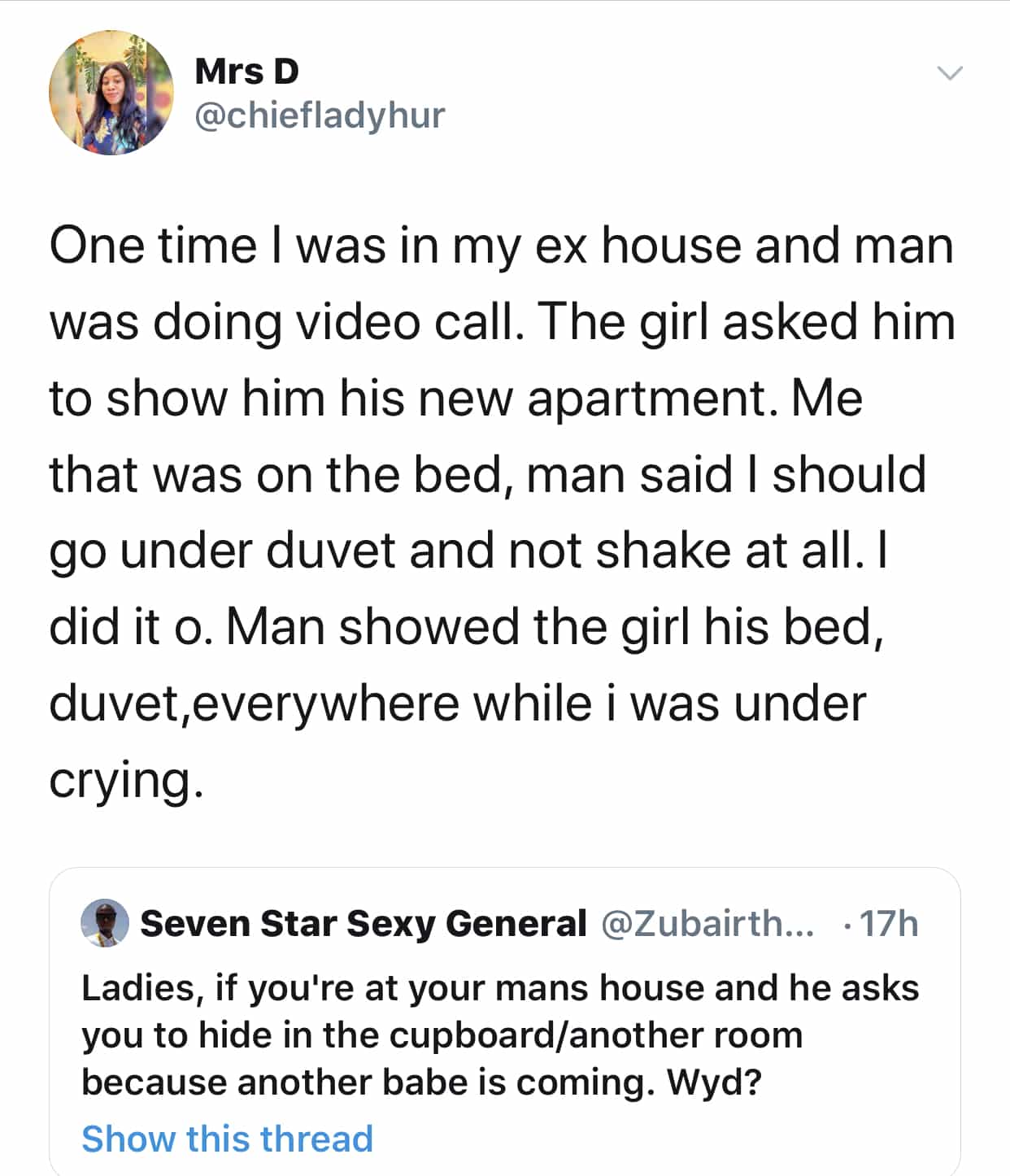