A Twitter user took to the platform to narrate an act of kindness bestowed on her by a man when she was on her period. But there was a plot twist and this caused Twitter users to criticize her.

The lady told of how the man came to her house very early in the morning to be with her when she was suffering as a result of her monthly cycle.

The man even brought goodies and kept her company for a while before leaving for church yesterday August 25. However, she added that she doesn’t have feelings for the man.

Her revelation led to her being called out as people insisted she was leading the guy on. However, others pointed out that unrequited love is common and there must be someone somewhere who likes the man but he doesn’t like them back. 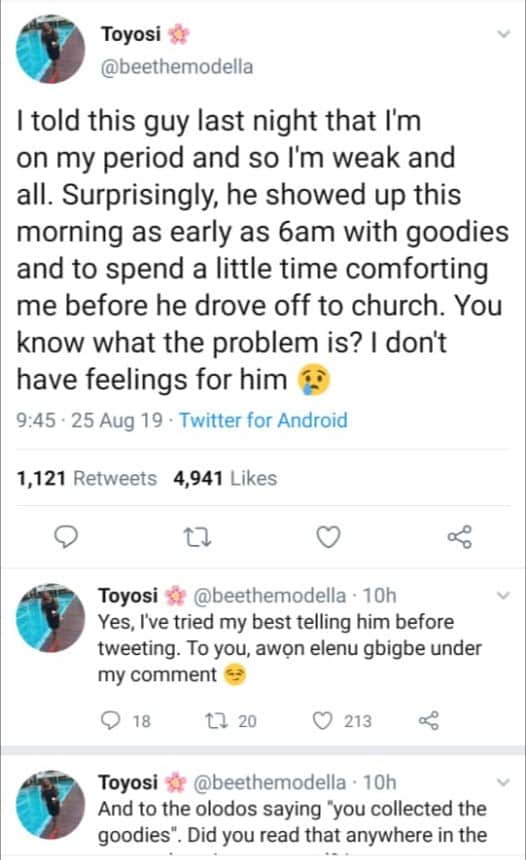 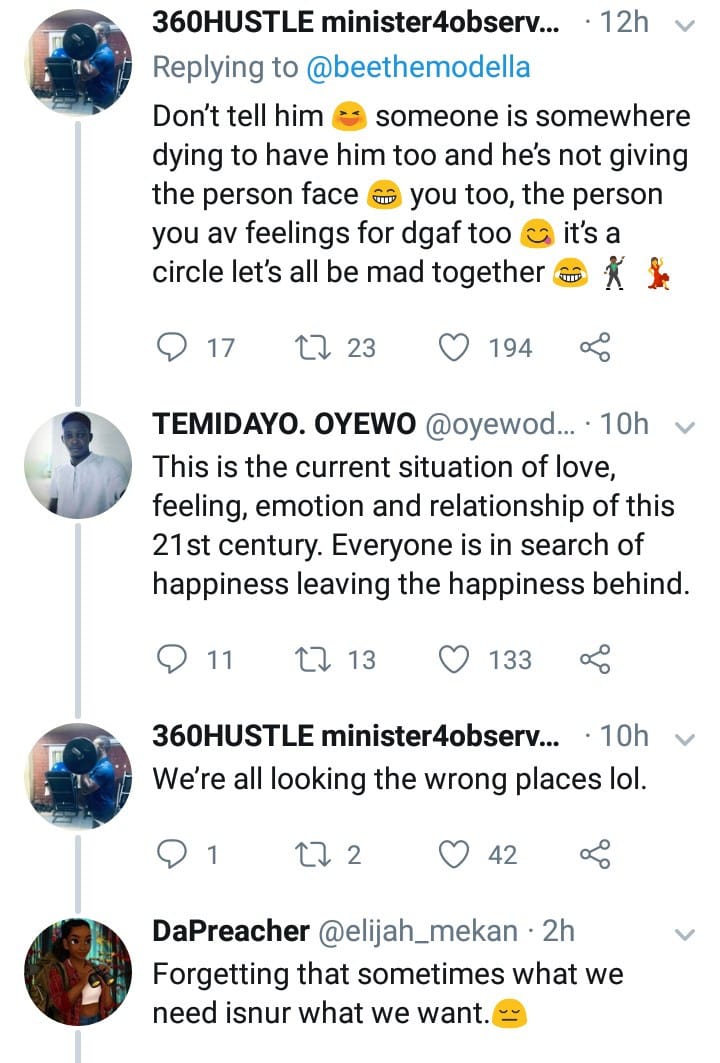