Home Viral News Lady in tears after boyfriend requested breakup over tweet she made in...

An unidentified lady is in serious pain after her boyfriend insisted on a breakup because of a tweet she made in the year, 2013. 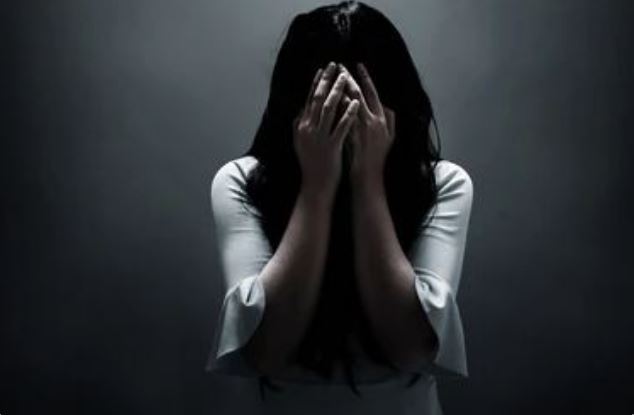 According to the lady, her relationship with this man is the best amongst the 3 relationships she had previously been in. She disclosed that he doesn’t cheat and has impacted a great deal in her life ever since they started their romantic affair.

However, things went sour after an unknown individual shared a tweet the lady made in 2013 about not wanting to marry a man whose mother is still alive. In the tweet, the lady also said she would want an instantaneous death of her mother-in-law immediately after her wedding peradventure her suitor’s mother is still alive.

“My boyfriend is breaking up with me because of a tweet from 2013.

In the 9 months we’ve dated, he has given me more than my last 3 relationships combined, makes me feel wanted and secure, cares for me and is always pushing me to be more. He leaves his phone with me unpassworded and I’ve never had to suspect him of cheating…” 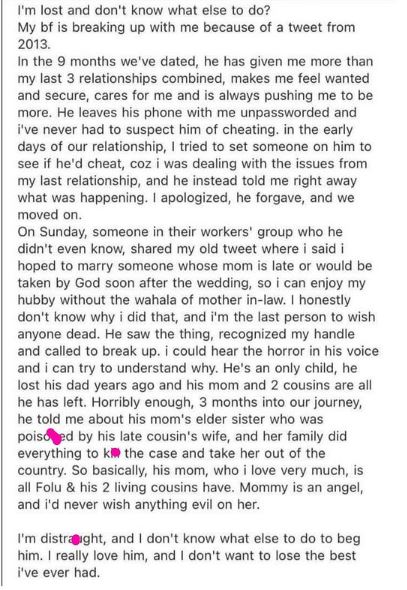