Home Entertainment News “I Have Made It In Life” -Lady Held By Kizz Daniels Jumps... 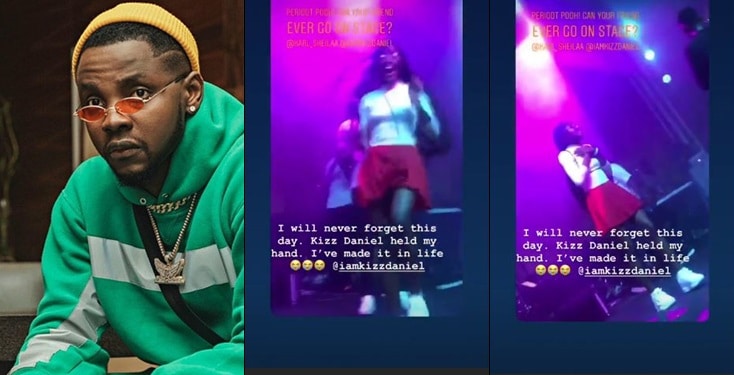 “I will never forget this day, Kizz Daniel Held my hand. I have made it in life.” She captioned.

After his performance, the singer was flooded by a number of fans and had to be protected by guards back into his vehicle.However, one of the fans demanded to take a photo with the star but was left hanging and decided to go ballistic.