Home General Lady cries out as boyfriend insists on marrying her after his mom...

A lady has cried out on social media over the attitude of her boyfriend‘s mother who stopped her son from tying the knot with her.

The lady claimed that although her boyfriend’s mother doesn’t want the union, her son has been insisting. She also disclosed how her boyfriend slapped his mother after his mother slapped her.

She tweeted to relationship blog, break or make up,

“My boyfriend’s mother hates me so much. She said I will never marry her son but my boyfriend is insisting he will marry me. My boyfriend slapped his mom today because she slapped me because I stepped on her dress by mistake. I am so scared and confused. Don’t want to come between them because he’s an only child. 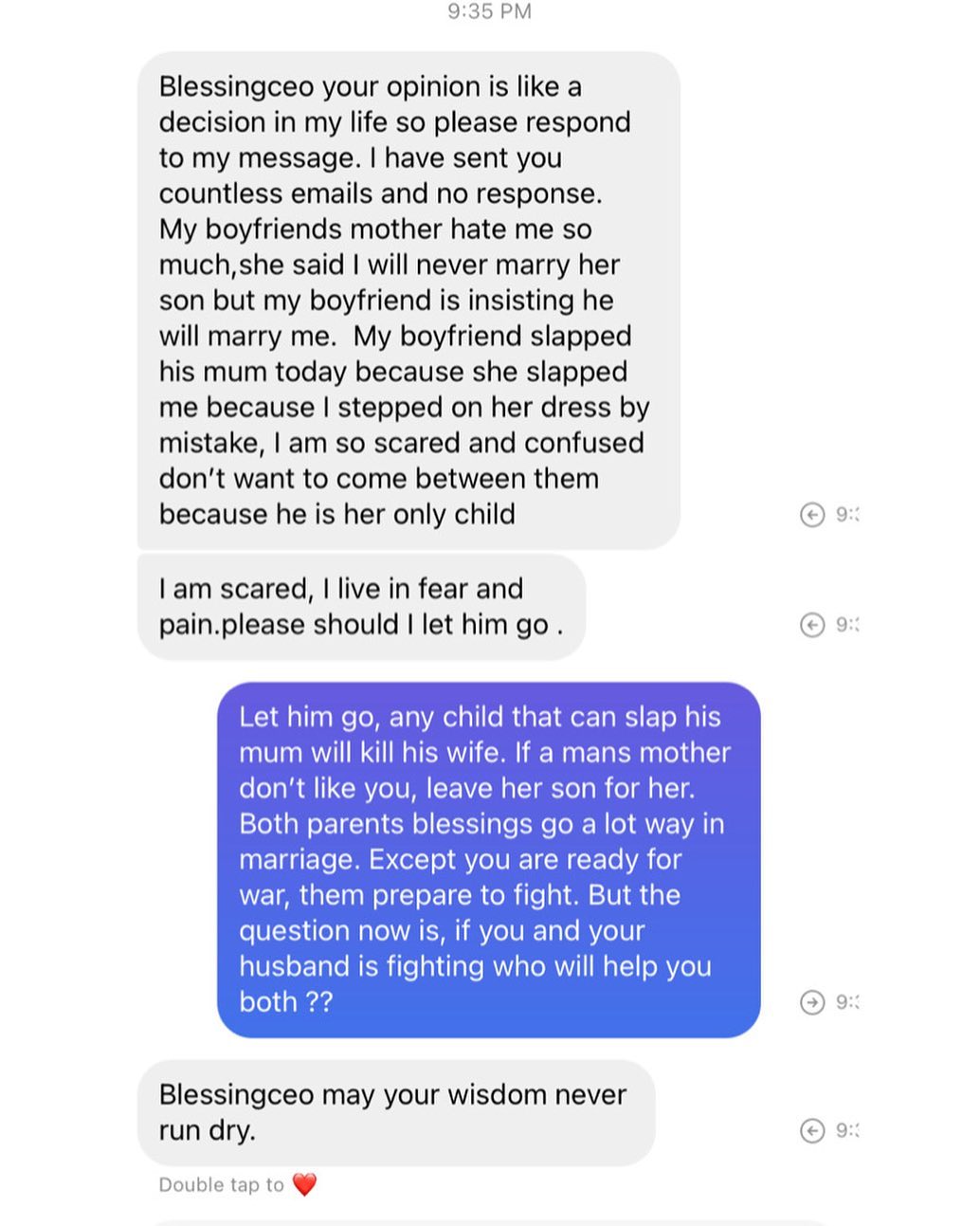