Twitter user, Olamitide has narrated how her 6-year-old child pleaded with her to remove his test!cles.

She said she had to beg him not to fulfill his wish, while trying to explain why she would never cut it off. 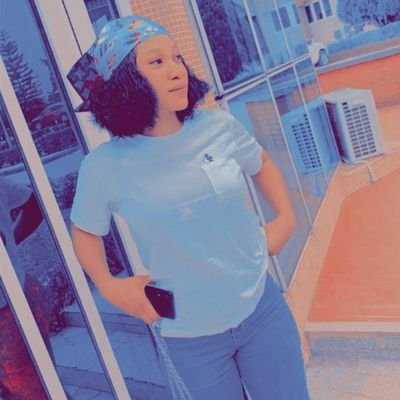 “My baby noticed something under his pee pee,came to show me and asked what it is….I told him it’s his testicle and that is how it should be so lil man told me to help him remove it cos he doesn’t like it. Y’all need to hear me scream Jesus…lol and then I asked him….We were just begging him…..he believes whatever I say,so mom asked me to explain the real deal to him,He’s just 6yrs.” 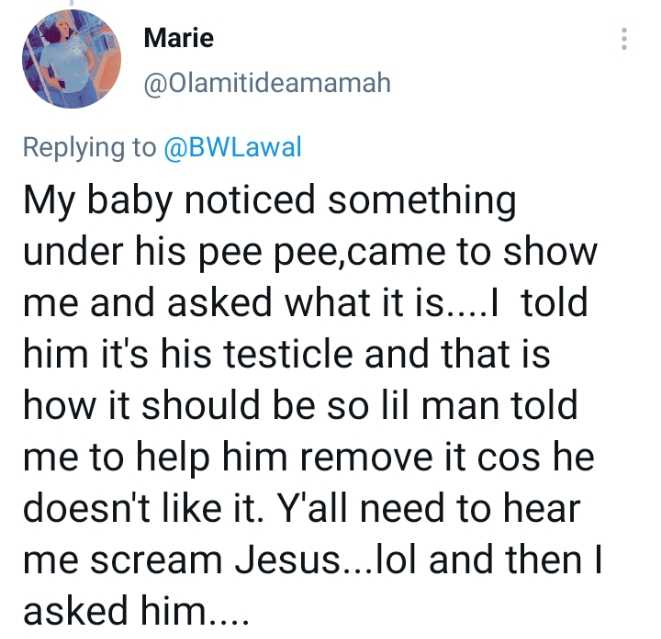 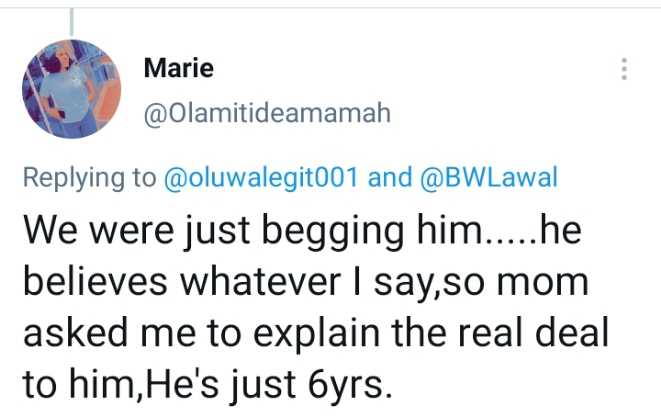