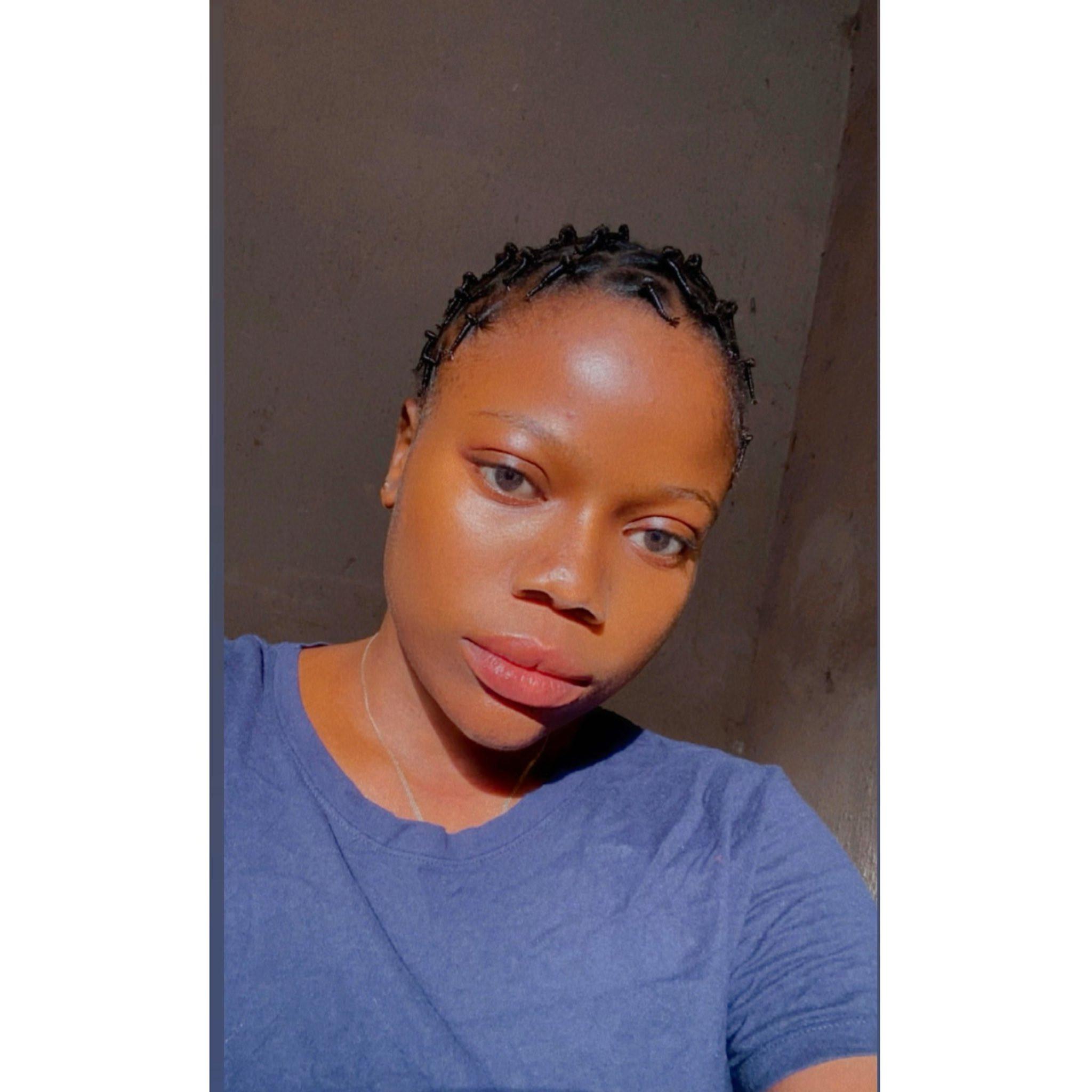 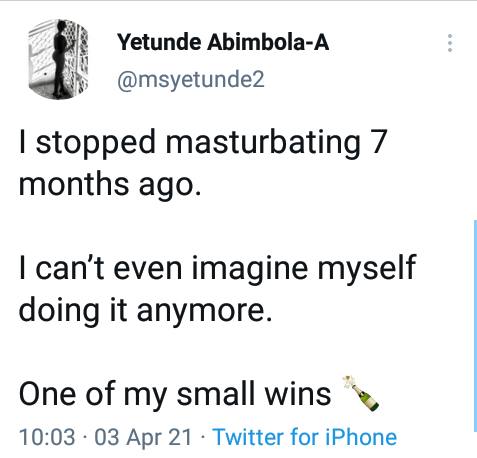 She further revealed that the guidelines that worked for her speedily to overcome it is discipline, the holy spirit, and her partner. 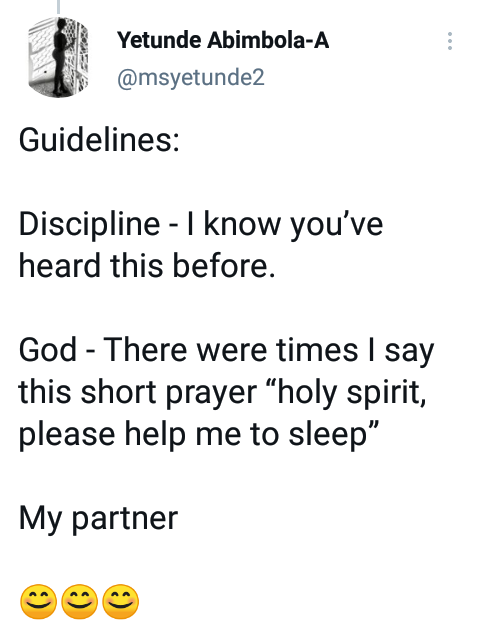 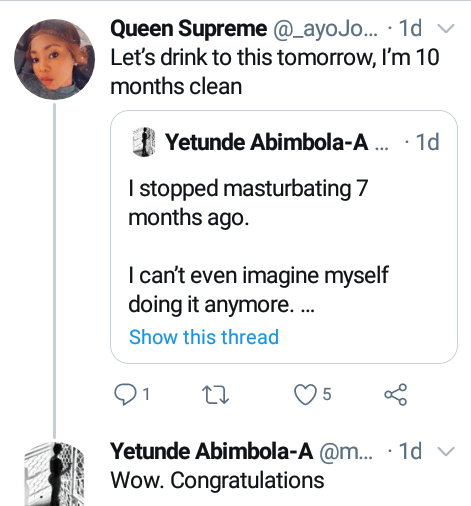 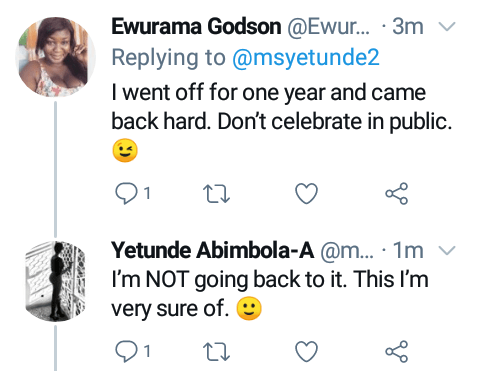