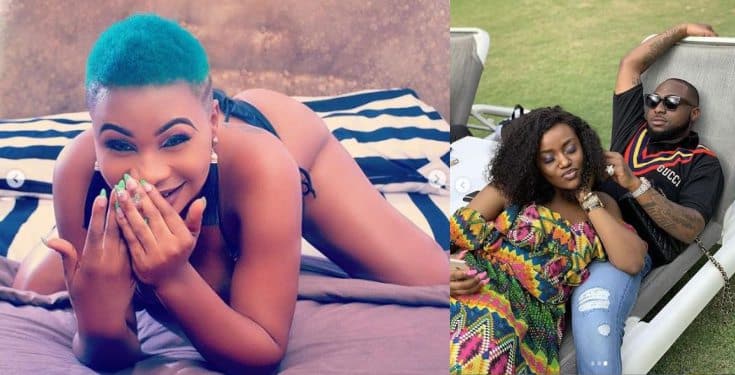 A Nigerian slay queen identified as ‘Black Diamond’ has called Davido out on the announcement of his marriage to his longtime girlfriend, Chioma.

According to the slay queen, Davido shouldn’t have made the announcement until the wedding was over, as not everyone was happy about it.

Although she claimed she was happy for the intending couple, she insisted that Davido was only going to bring doom to himself.

Read what she said below:

“I just saw that Davido and Chioma are getting married in year 2020. Congrats to them. Well, I’m not about to say any bad thing before you say this girl is enemy of progress, this girl doesn’t like good thing.

I’m happy for them o, I’m very very happy for them but I think he shouldn’t have announced it now. At least he should have waited for the wedding to finish before he says it.

Like, everybody doesn’t like you. 95% of Nigerian girls are crushing on you and yet you’re telling the whole world you’re getting married. Ehen, do you think everybody is happy with this news? Not everybody o. Some haters, don’t like it.

‘I am ashamed to call myself a Nigerian’ – Cross-dresser, James Brown