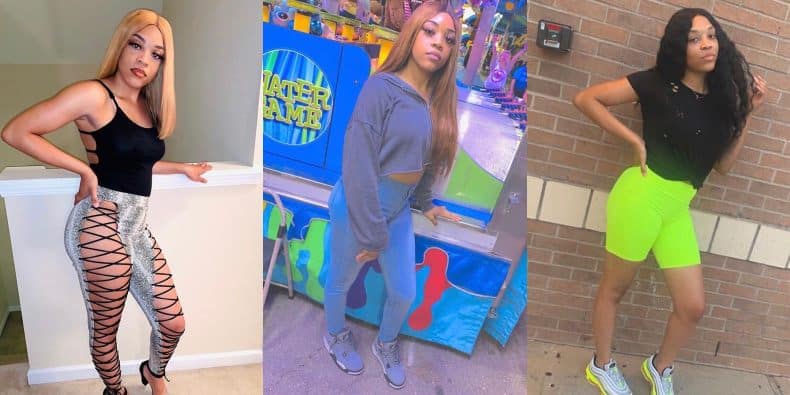 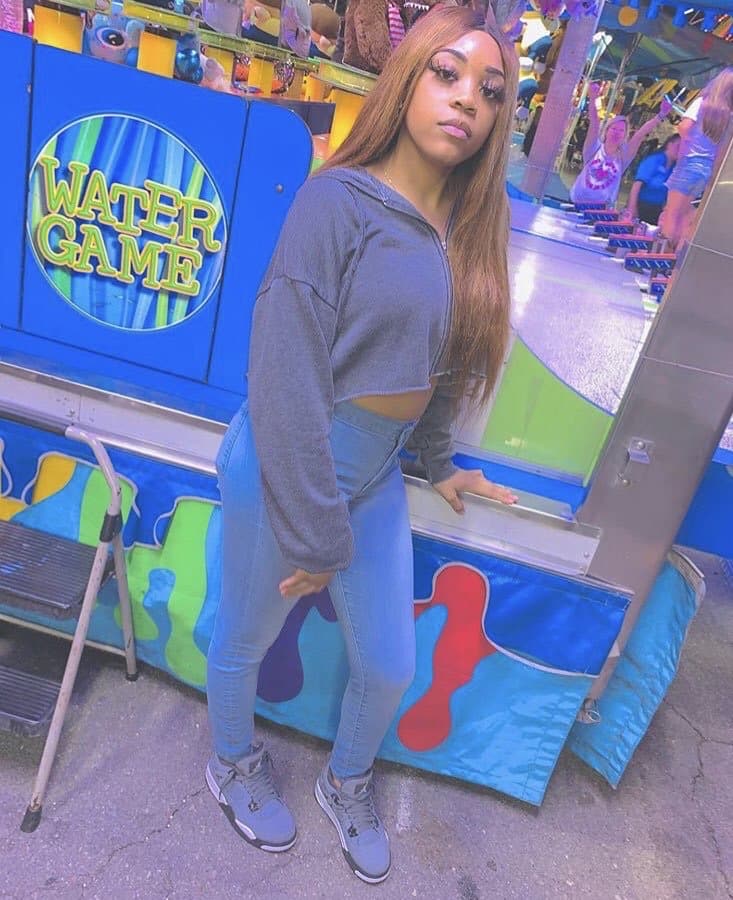 Twitter user, Etinosa Vivian has taken to the platform to reveal her opinion on the relevance of sugar daddies, over ‘useless, slim, broke boys’.

To Etinosa, Sugar daddies are a necessity as they play a huge role in taking good care of their female sidechicks. Justifying her stand, she mentioned the fact that her first travel abroad was through a sugar daddy.

She also mentioned the fact that his pick up line was so ‘legit’. He just asked ‘Will you travel with me to Dubai?’, and Etinosa was already in love. Although he was a 2 minutes man, Etinosa cared less about it and he spent millions on her.

In her words; “I’m not gonna lie, the first time I left Nigeria was through sugar daddy. When he met me , his pick up line was legit “will you travel with me to Dubai?” And I couldn’t say no to such ?. He was a 2mins man and spent millions on me. But you see those useless slim broke boys….” 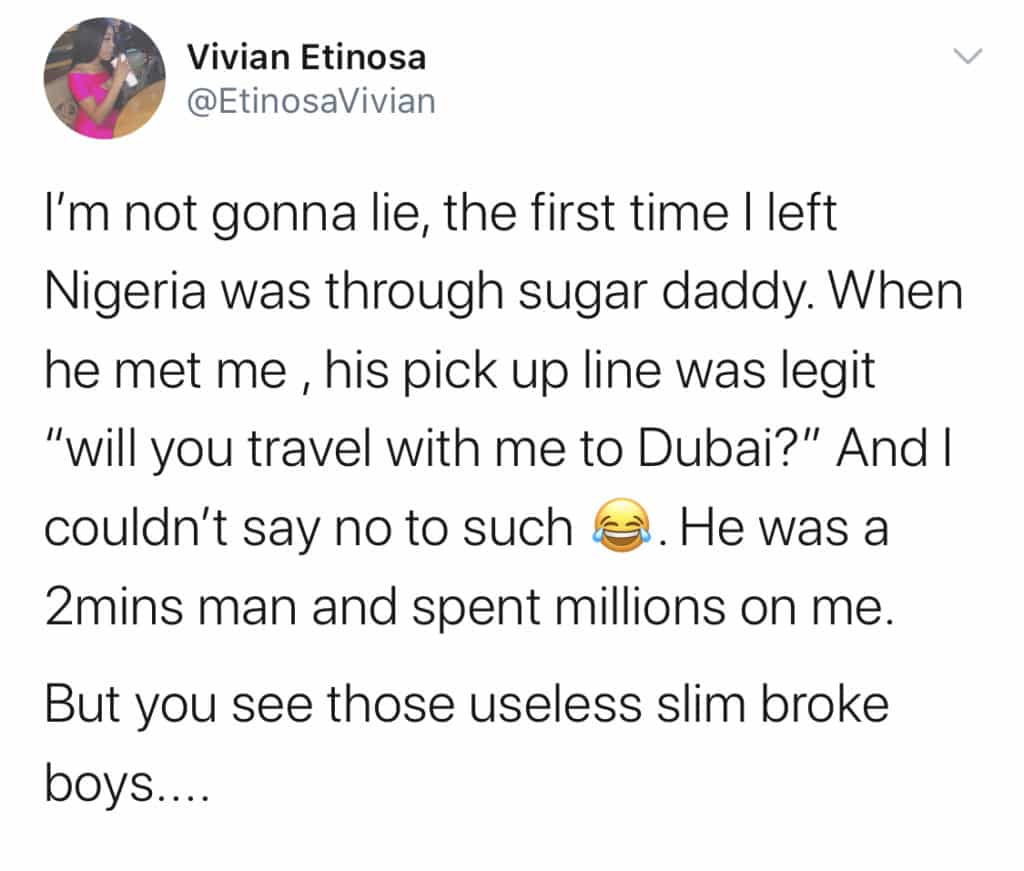