Home Entertainment News Kwam1 called out over alleged refusal to refund money of clients after...

Fuji maestro, King Waiu Ayinde Marshal better known as Kwam1 has been called out for allegedly refusing to refund the money of clients after failing to perform in their respective events. 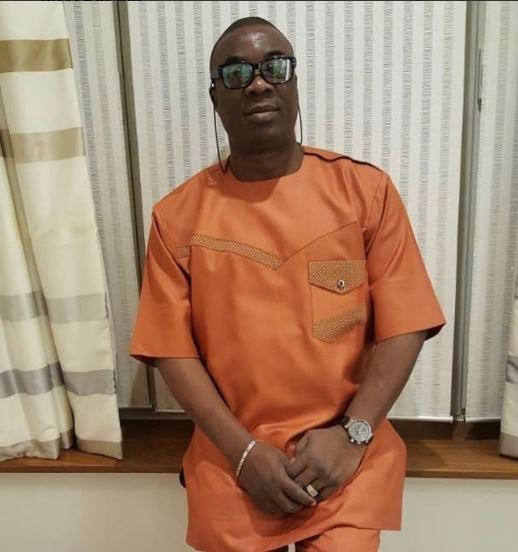 According to Gistlovers, Kwam1 is fond of not showing up at an event after payments are made and in addition to this, refuses to return the money to the client(s) involved.

The blogger further stated that he has used part of the money to acquire a building for his proposed wife, Emmanuella. The source also threatened to disclose the venue of Kwam1’s upcoming wedding ceremony to the public to enable them to storm the arena if he remains adamant.

“Ade ori Okin go soon turn to Ade ori dragging like small generator, if you think you are big and can oppress people then you lie, you had to go arrange oloriburuku interview with hungry goldmyne abi, all these I never chop media houses, K1 pay people their money , about two of your victims are crying in my dm , you didn’t show up for their show, which is enough embarrassment for them, return their money, it’s that simple, by the time this whole matter sup Ogagun Wasiu oloko dogi dope, Giveaway prick, you nor go like am, I go give all your debtors your Wedding venue for Abeokuta where you and Emmanuella wan do wedding for nov 18, you don’t want to go this lane with me I promise you.

PAY PEOPLE THEIR MONEY, It’s not by force to be marrying wife up and down when money nor Dey your pocket, you wan Dey use people money Dey do Bobo no go d*e abi, you think nobody can hold you?? Because you lick the a** of this politicians , Aje hand go touch you and the oloriburuku politicians, to avoid further wahala , Pay their money , you won’t want to wake up one day and see all your family det***(Adr*** and phon* num***)flying online, GLB NATION, let’s storm this man page, he thinks no one can touch him @kingwasiuayindemarshal Na the Olofo page, @emmanuellaeversmiling Na the yeye wife wey him wan marry page, @alfatia_exclusive_fabrics Na the yeye wife wey him abandon page , @orbitent_ Na the hungry and desper*** manger page , this orbitent guy goes about bragging that Wasiu is untouchable in this Lagos, but hand go touch Untouchable soon, let’s all storm their page biko. I come in peace” 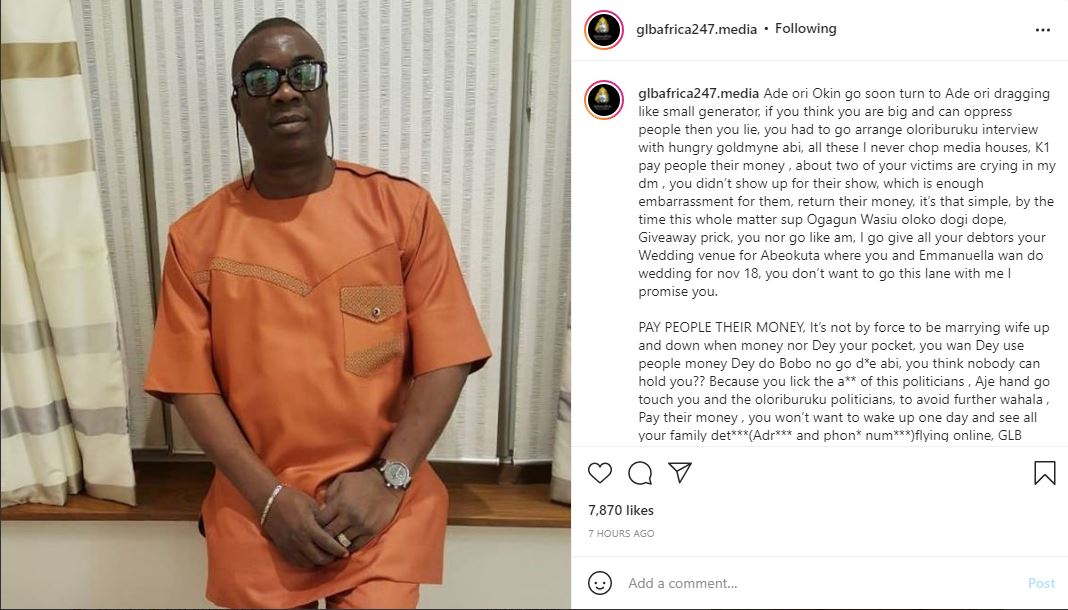 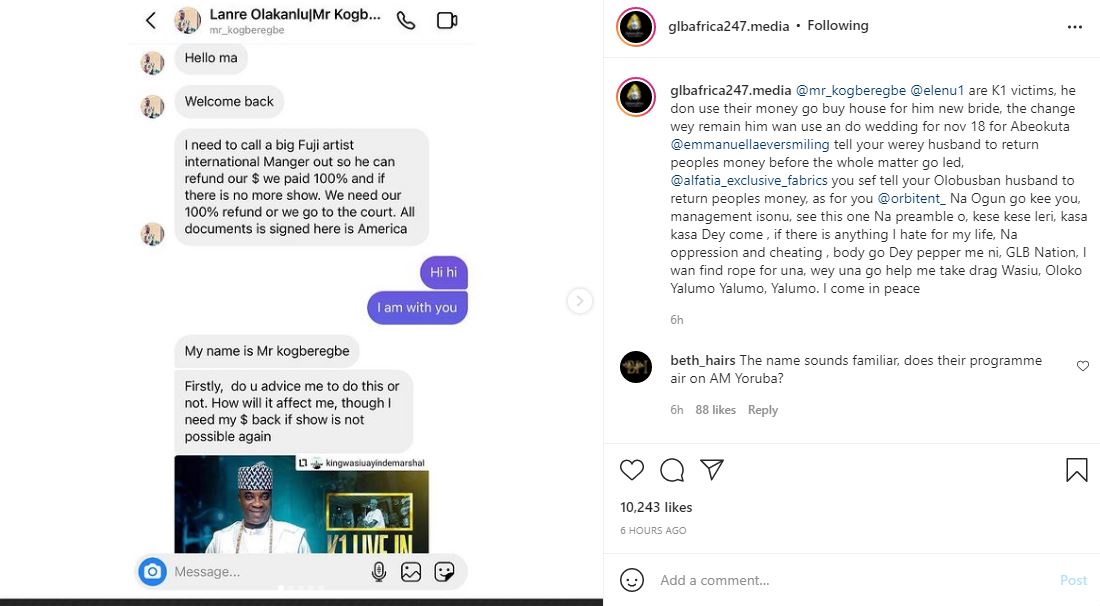 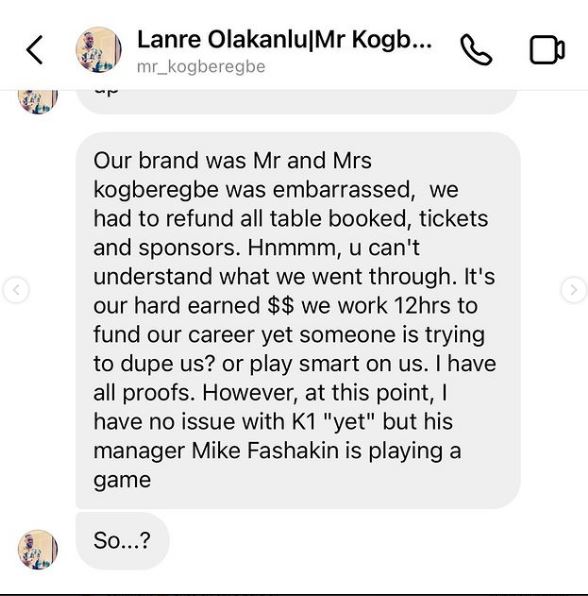 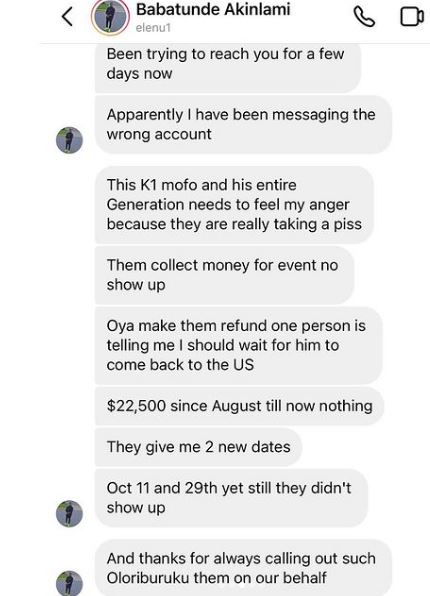 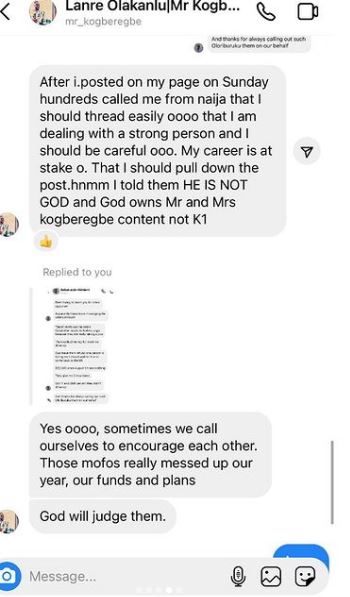 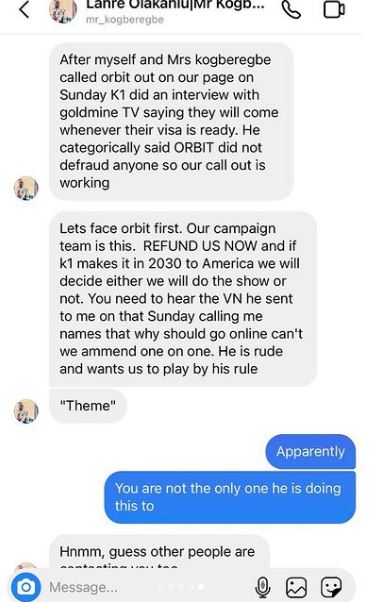