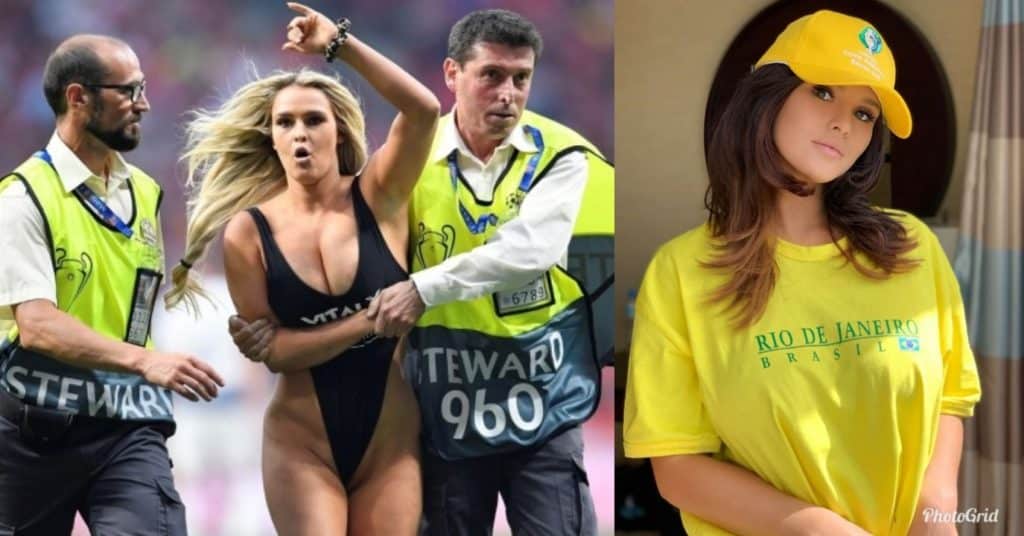 Champions League pitch invader, Kinsey Wolanski has revealed that she and her boyfriend were jailed in Brazil after their plans to disrupt the Copa America final on Sunday night was foiled, just like they did in Champions League.

Narrating the event last night, she wrote on her Instagram page;

‘Flew to Brazil, dressed up in disguise, made it to our seats and it ended in Vitaly’s bad ass getting tackled by 20 security guards.

‘We are out of jail and now enjoying our time in Brazil!’

Prior to then, on Sunday night she posted a video of herself with Zdorovetskiy in prison with the caption:

“We failed Copa America…. will post all details tomorrow, currently in jail.’