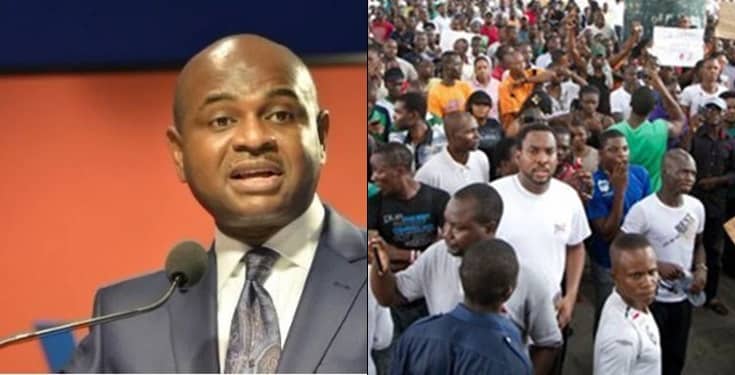 Prof. Kingsley Moghalu, the presidential candidate of the Young Progressive Party (YPP), has announced his withdrawal from partisan politics, as he labels the Nigerian youth “the biggest disappointment.”

Moghalu, who came 14th, with only 21,886 total votes in the last general election, announced his decision in a chat with Arise News TV in Abuja.

Also, while appearing on a program on Channels TV, he regretted that the young populations did not make their presence felt during the polls.

“The biggest disappointment was with the youths. The youth vote was absent. They make a lot of noise, they rant and rail but you will not see them on the voting day. And when they vote, they don’t vote in line with their rhetoric,” he said.