Popular American actor and comedian, Kevin Hart has pranked Nick Cannon with a humorous gift after he announced he was expecting his 8th kid. 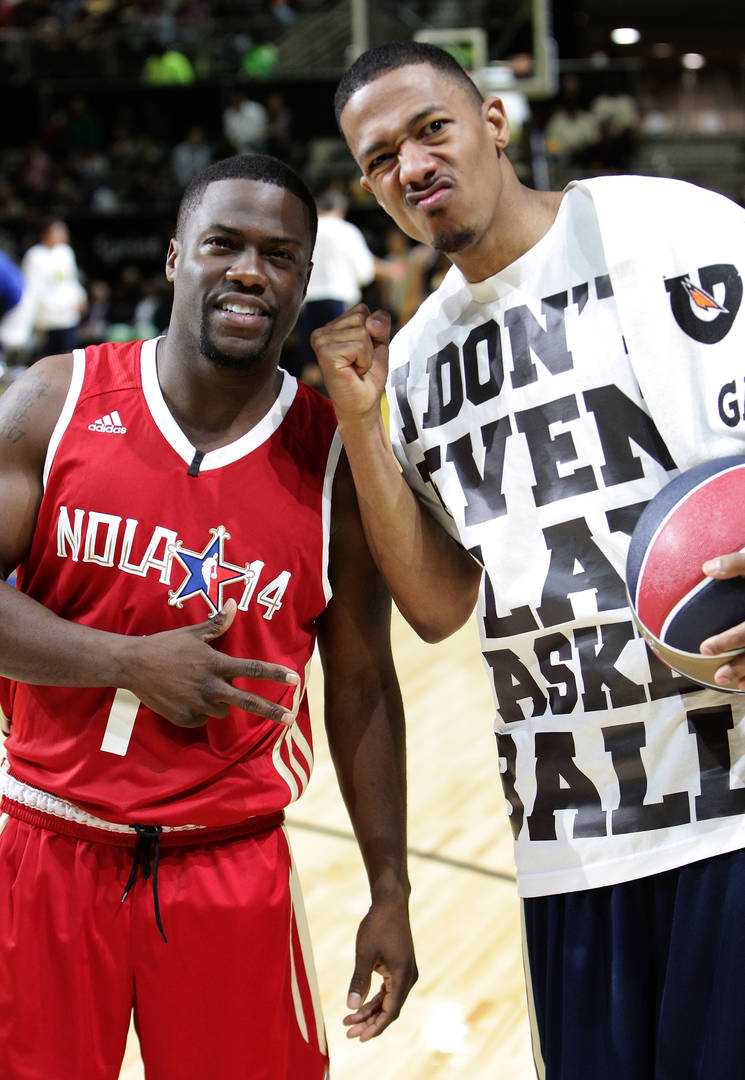 Nick Cannon had taken to his social media page to upload the picture of the vending machine while standing next to it, all the while pulling a funny face.

“Looks like somebody just sent me an early Valentine’s Day gift!! Vending Machine full of Magnums”

Though, nick didn’t actually know who had sent the vending machine,

A moment later, Hart admitted he was the sender by uploading the photo to his own Instagram account with a hilarious caption, in which he joked that his colleague no longer has a “excuse” to not use protection because all of these “condoms are free.” 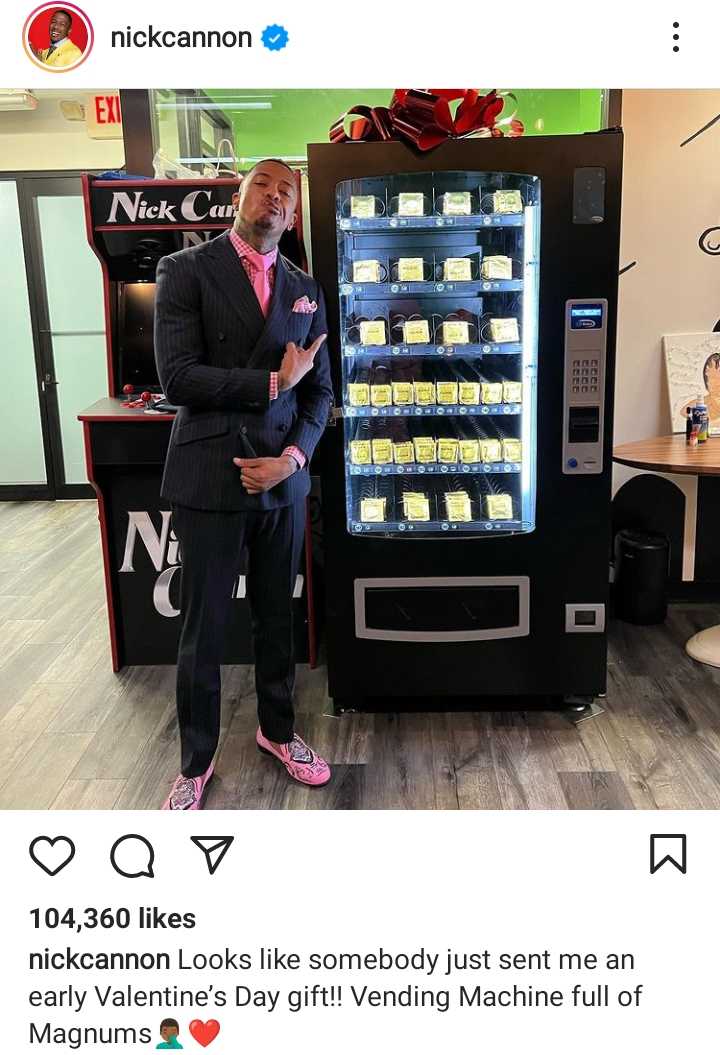 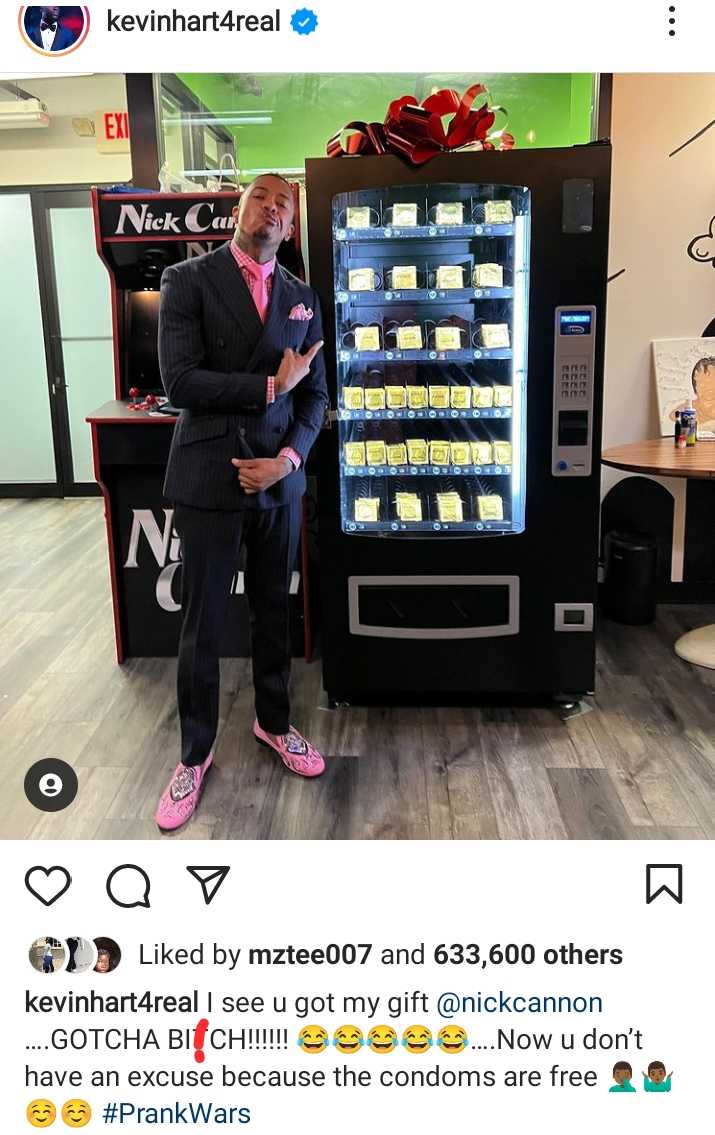