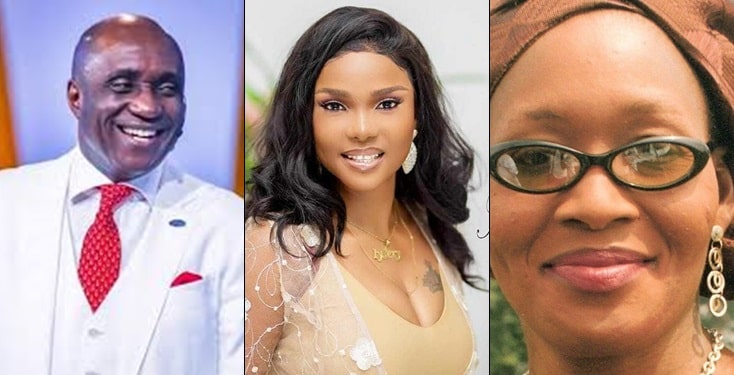 She shared the chat below with caption saying…

#BREAKING The PAIN is too much for me and my son!!��
After two and a half years, not waiting to publish it in my book or even the newspaper Punch that I gave exclusively to yesterday 5/16/19, I am now releasing the letter that came from @iyaboojofespris‘ NGO phone #PinkiesGroup. It was traced by a retired Canadian police officer I once worked with, now a private investigator got the phone number that opened this fake account with the @Instagram app from Facebook’s legal department and @truecaller in Sweden tracked the SIM to that name. This is NOT Iyabo’s PA’s phone!!! This is Iyabo’s business line which #VivianMetchietold me Gbeminiyi Adegbola always carries. So who did Adegbola conspire with to attempt to destroy Iyabo using a Journalist and substitute the name of Apostle Suleiman with Ibiyeomie an innocent pastor? Could it be Iyabo’s ex husband? They say Gbeminiyi is on the run from police from stealing from the NGO. Why did they bring their dirty lives to me because I write credible stories about pastors and vindicated? This is why my testimony at #SalvationMinistries was themed “Don’t let the devil use you”. Because if this case I retired from Journalism in Nigeria, no longer take newstips while people no longer have a voice. This case was a set up from Iyabo’s phone line that took away my own livelihood. I don’t eat everyday because I have no funds to do anything anymore due to my Psychological health. I went to prison for NOTHING. Vivian Metchie says she returned the car Iyabo was fighting her for and they have reconciled back as friends. The prosecutors as you can see say I made up the Ebiye patience letter which was sent to me and even Vivian Metchie was an imaginary person. The Rivers State prosecutors even dragged me to their jurisdiction where I did not even commit the so called crime, DEFAMED me as not being a Journalist nor receive news tips from the public. Civil and Criminal cases will be announced. This is why you see some blogs call me “self acclaimed Journalist” when I attended a 50 yr American Broadcasting school. The disrespect, defamation and unjust criminal accusations was just too much.
ENOUGH IS ENOUGH IYABO OJO��

ALSO READ:   "Nothing can stop me from becoming a father in 2020"- Zlatan Ibile 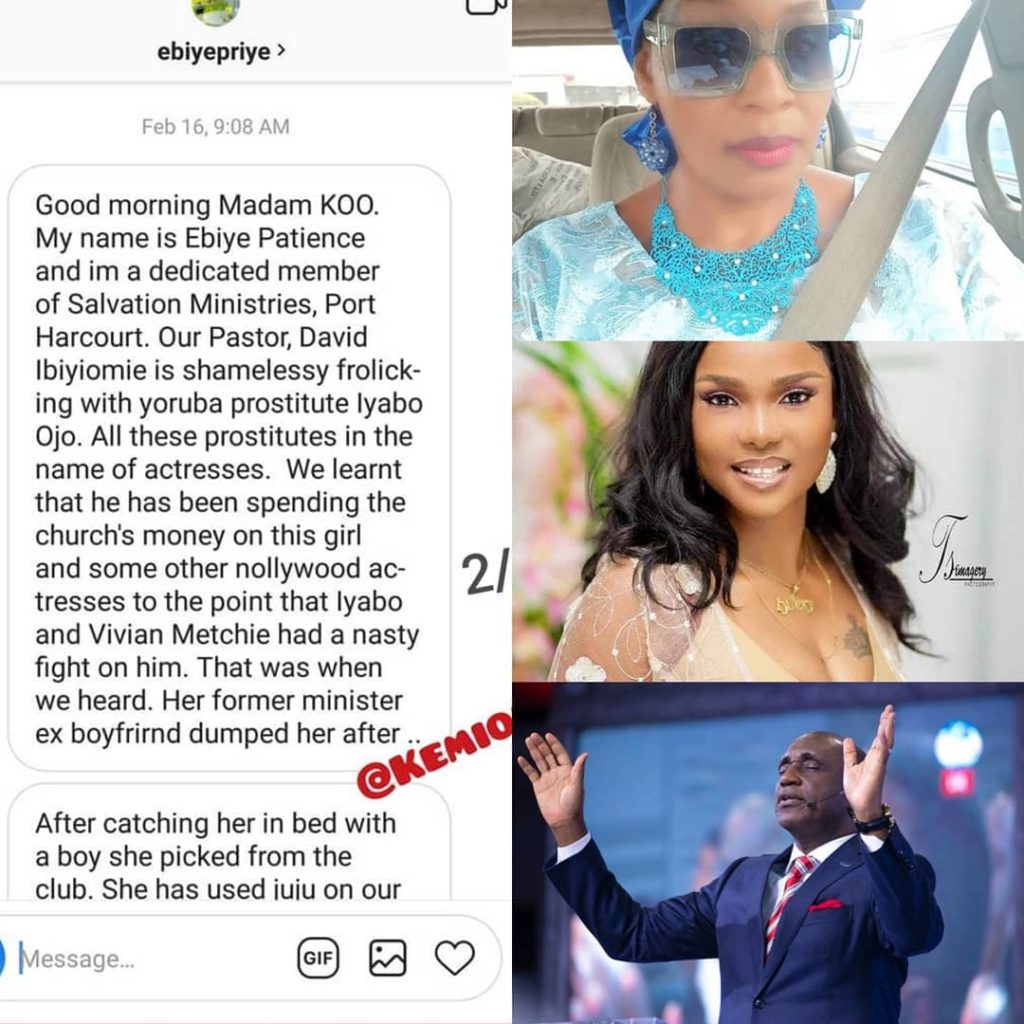 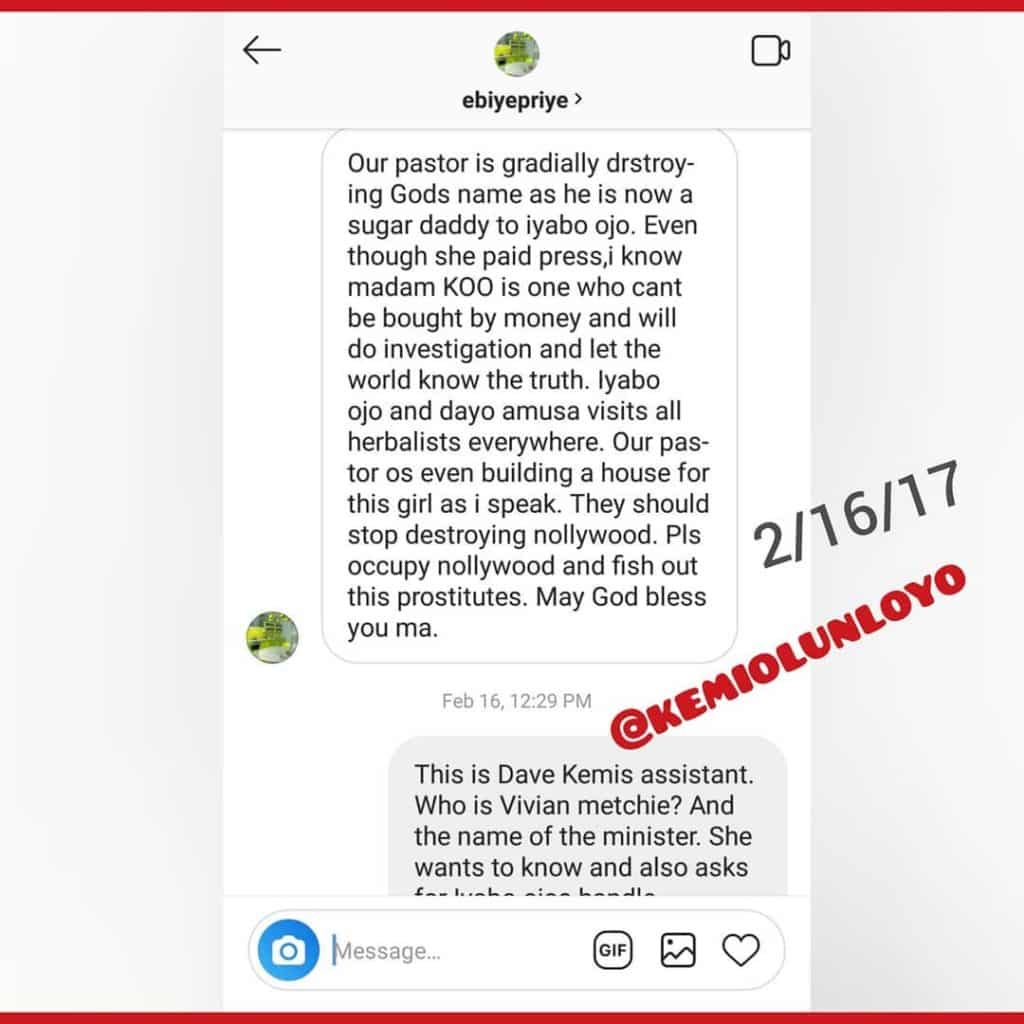 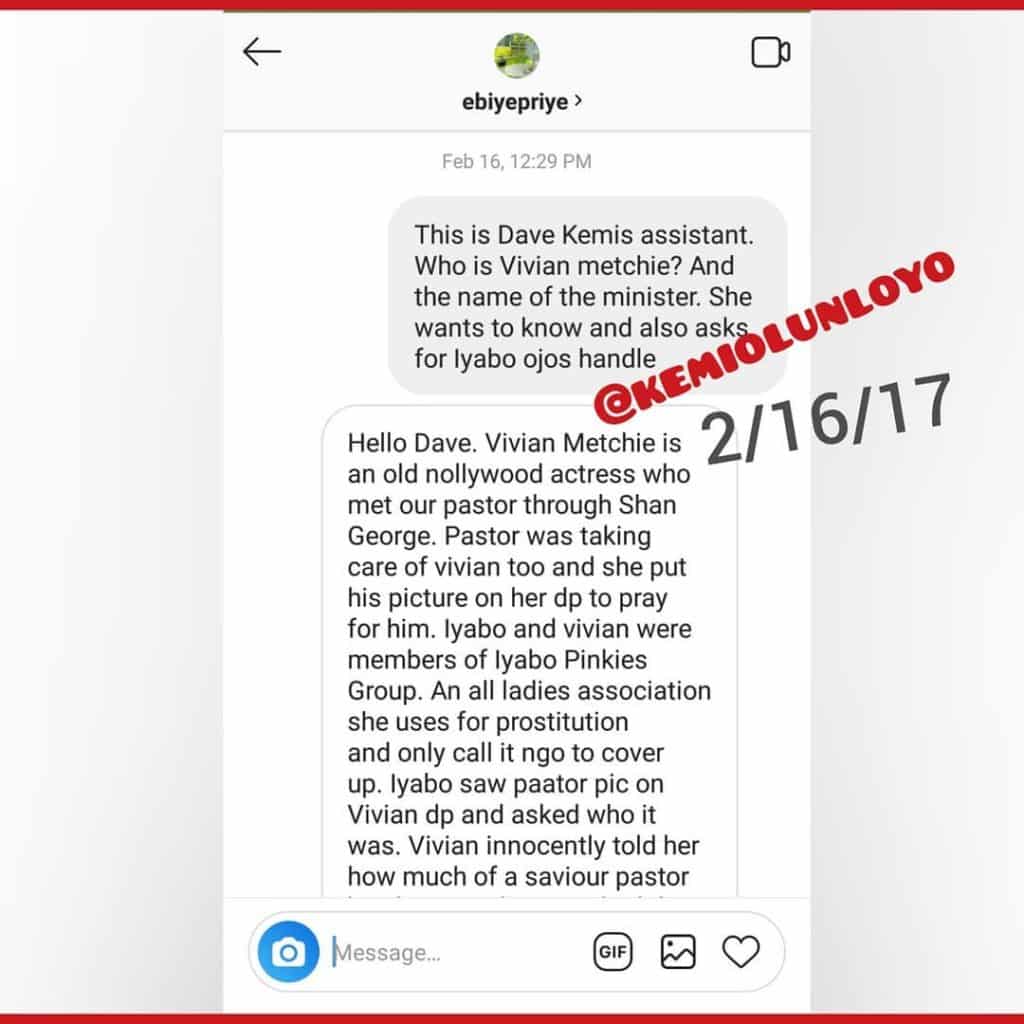 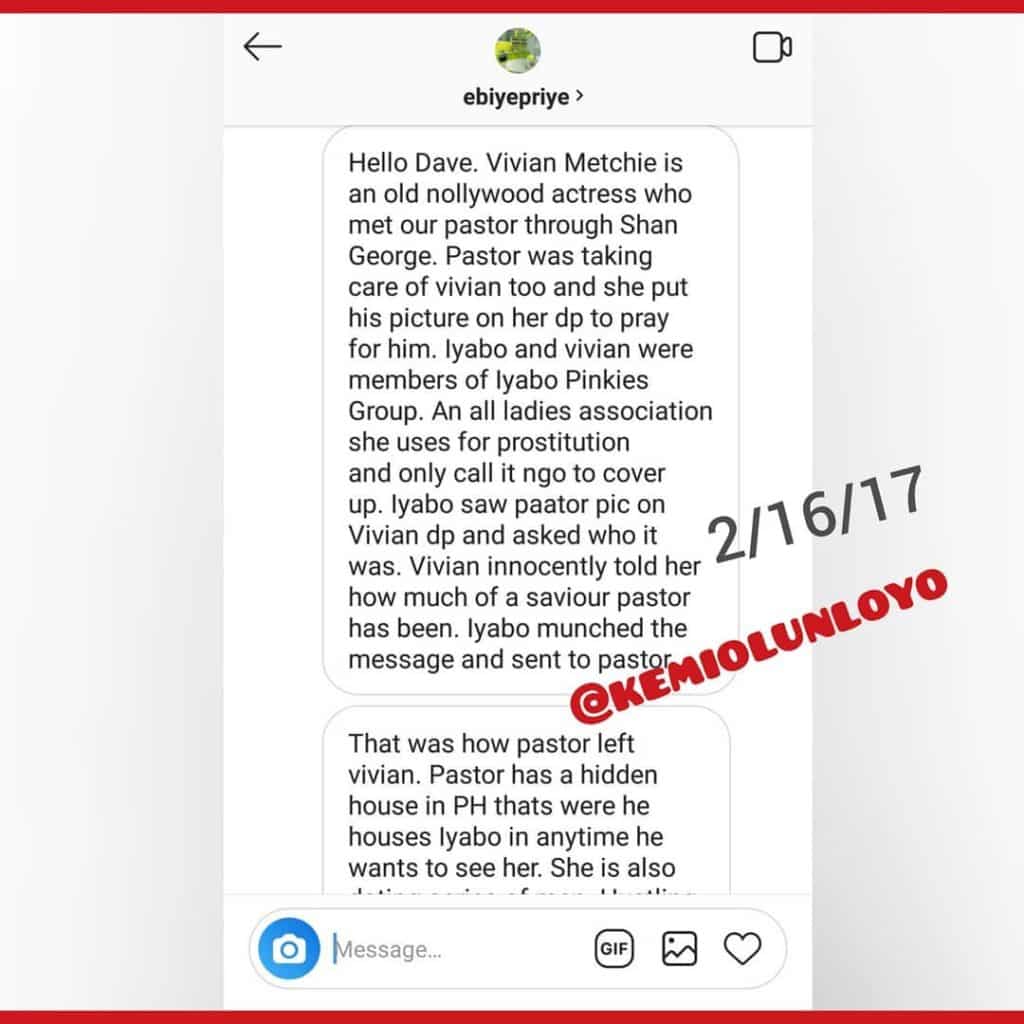 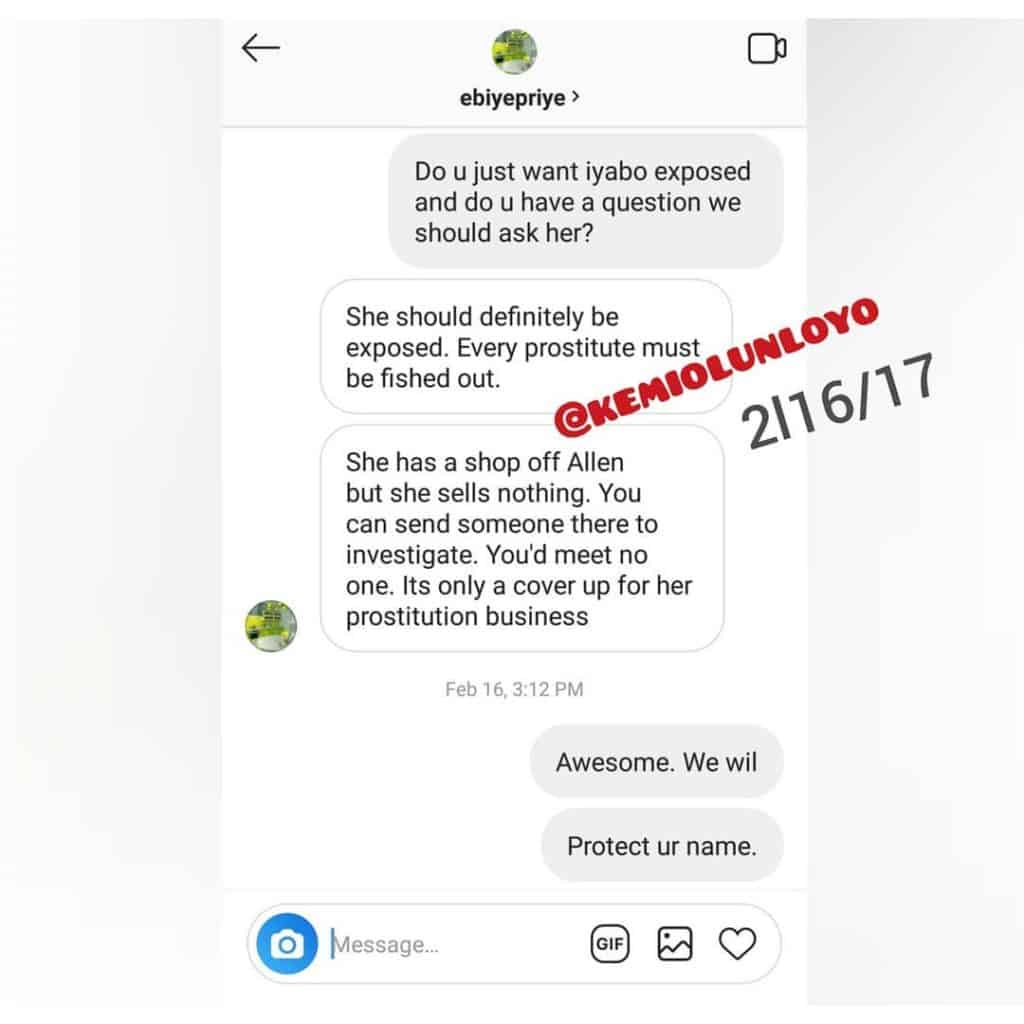 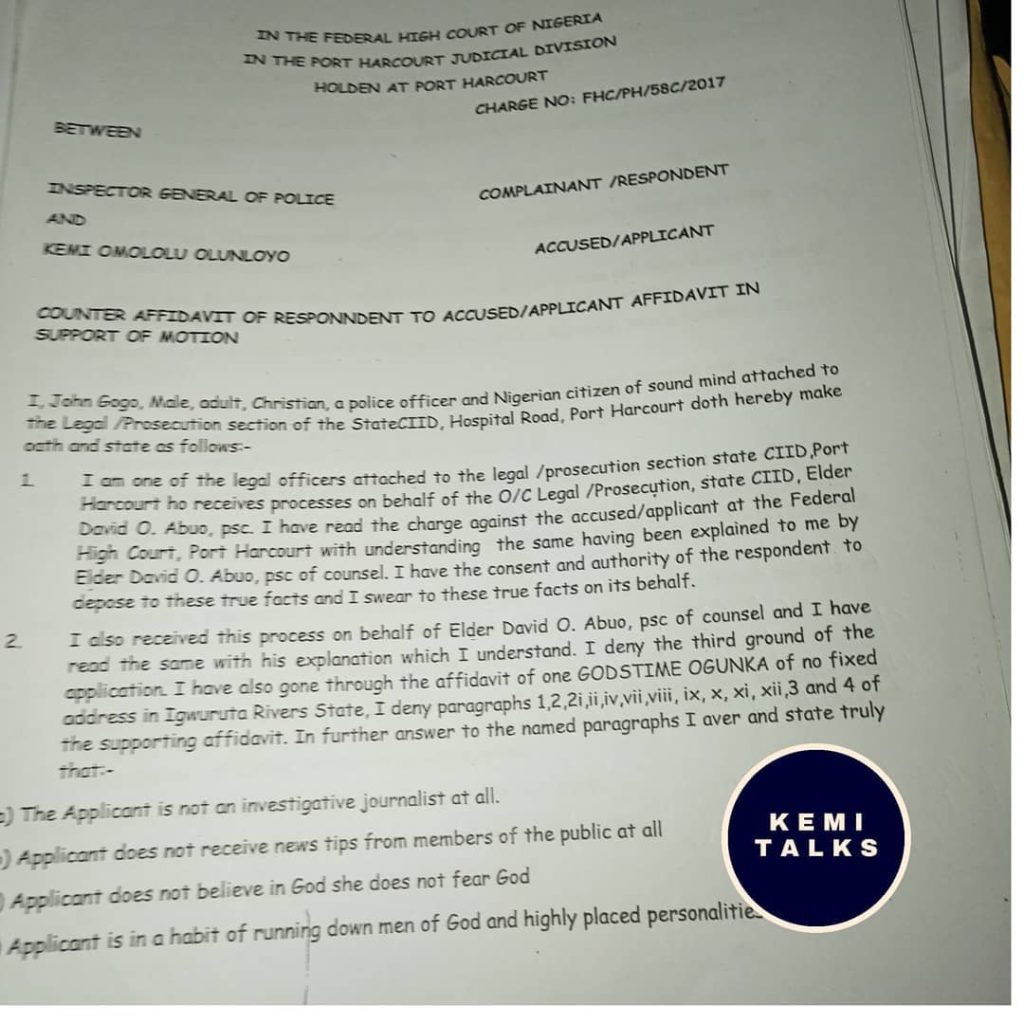 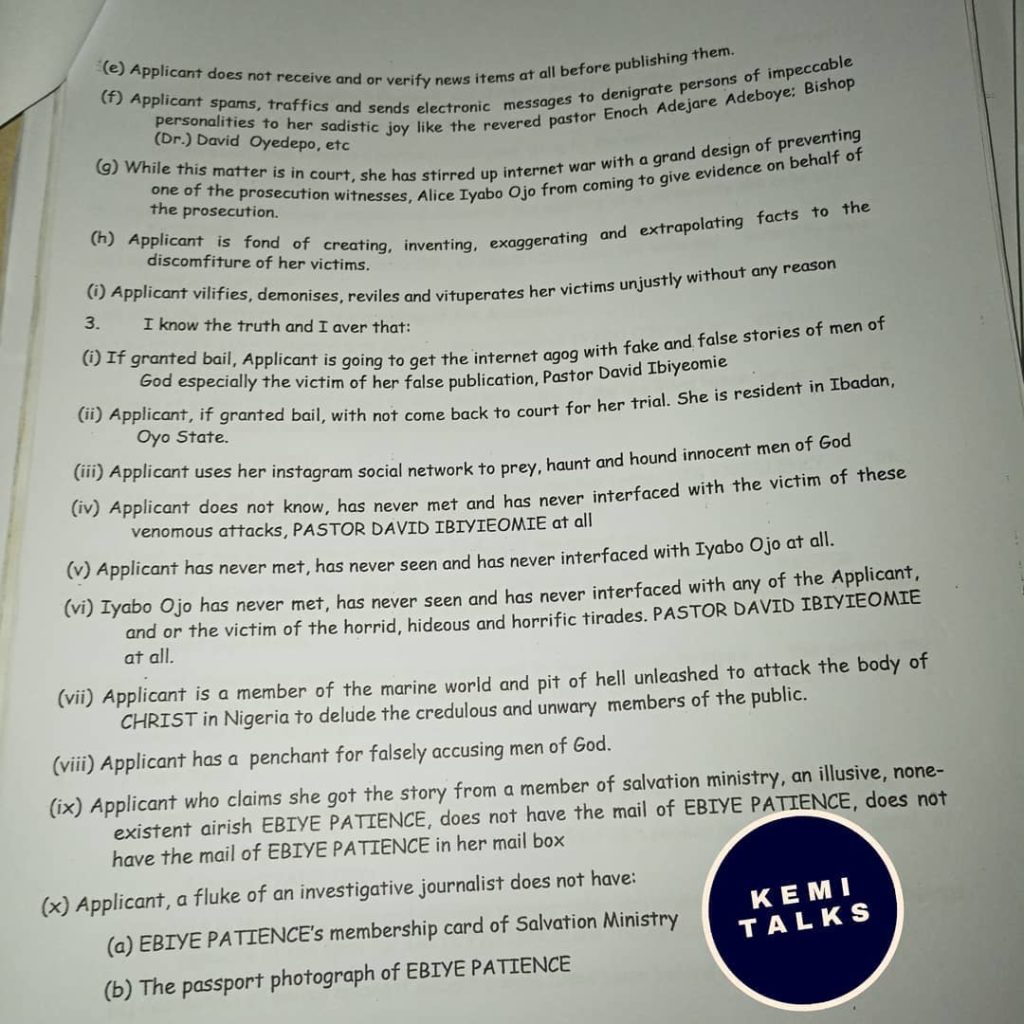 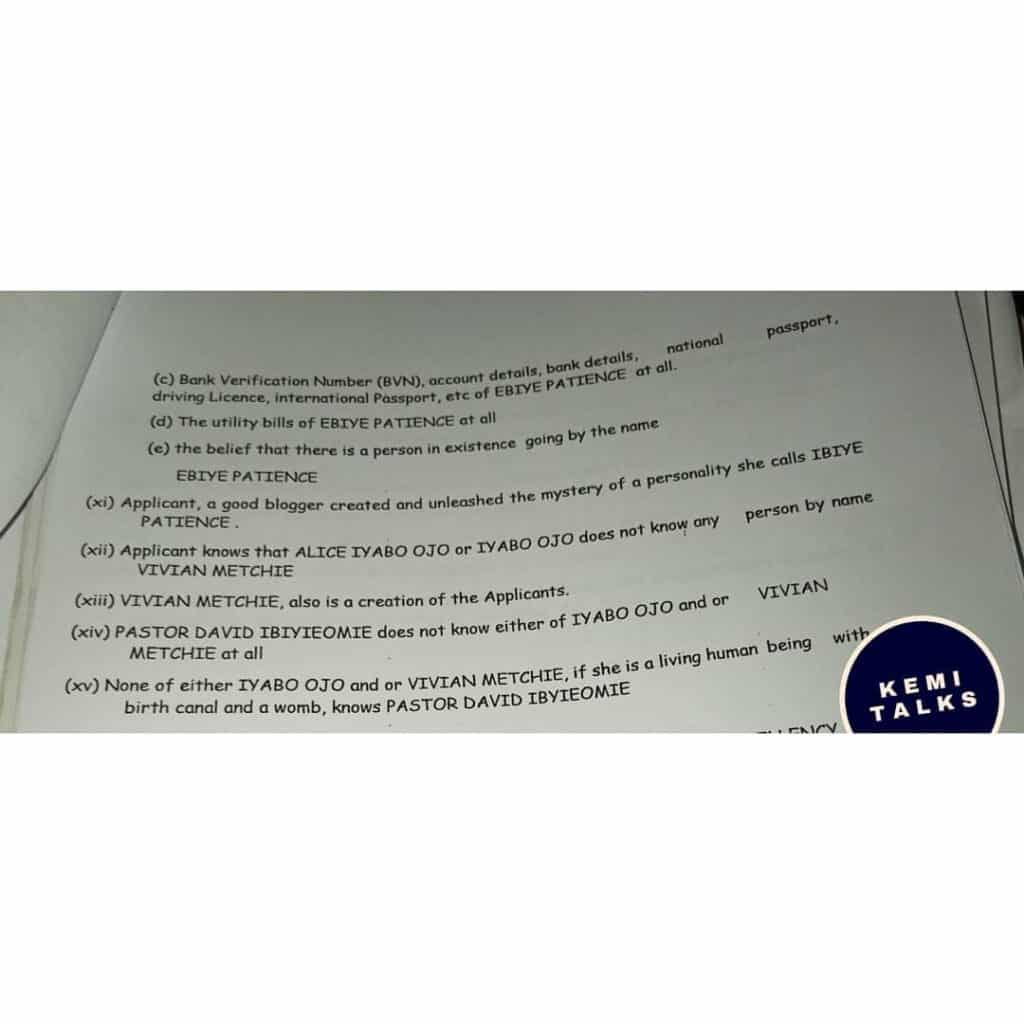 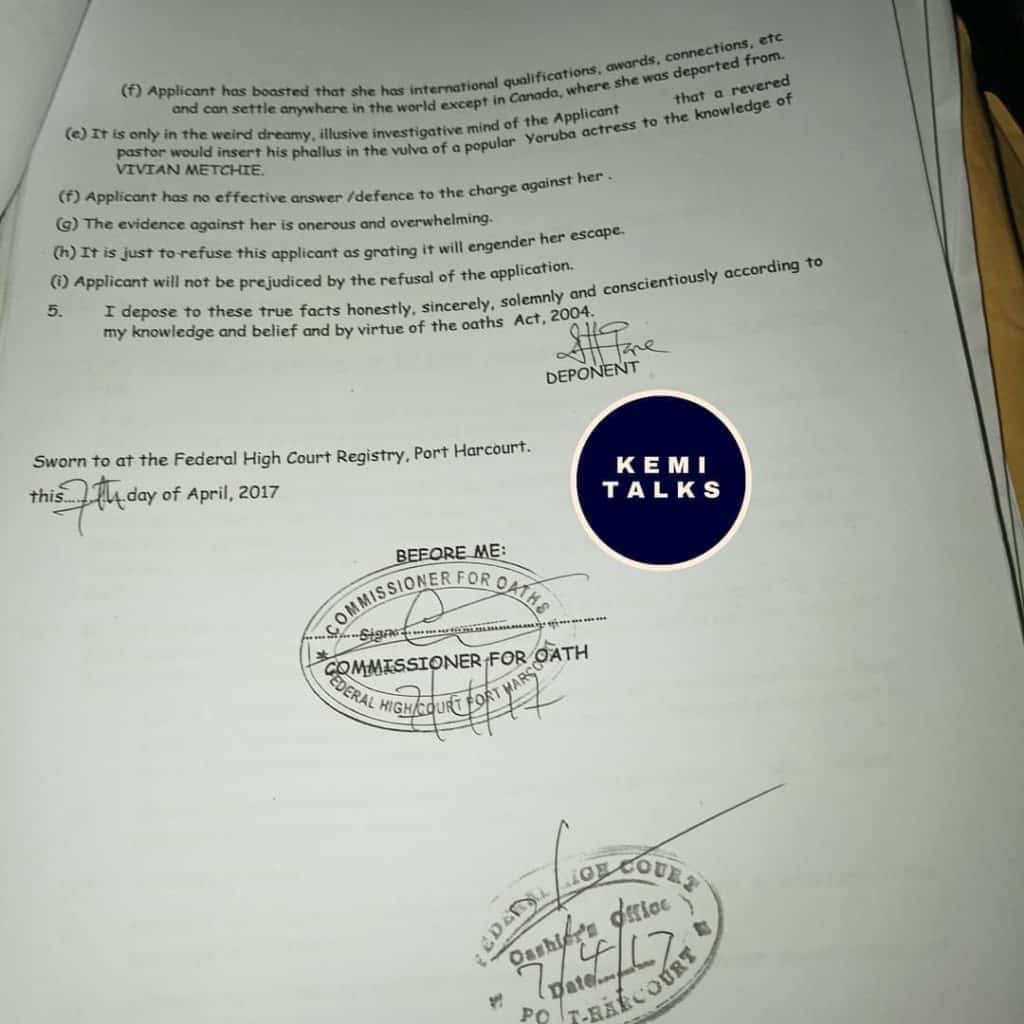 YORUBA: My LAST message for you @iyaboojofespris before God deals with you MERCILESSLY. You play victim all the time, this time I will get JUSTICE! Iyabo Ojo fans are all quiet now.🐛🐜 #kemitalkscrime #kemiolunloyo

‘I Sold Okrikrika For A Living’ –Actress Dayo Amusa Reveals Past