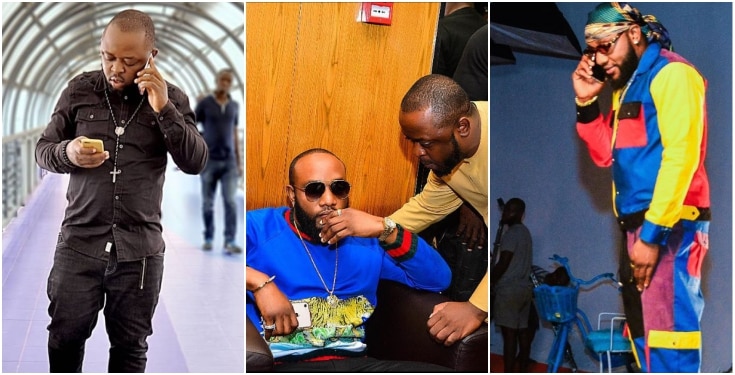 Prior to the end of the Barcelona – Liverpool match, Nigerian singer, Kcee made a one million Naira (N1,000,000) bet that Barcelona would win the game.

Kcee had promised on social media to give 1million naira to his friend, @mrchidozie (a die hard Liverpool fan) if Barca wins. 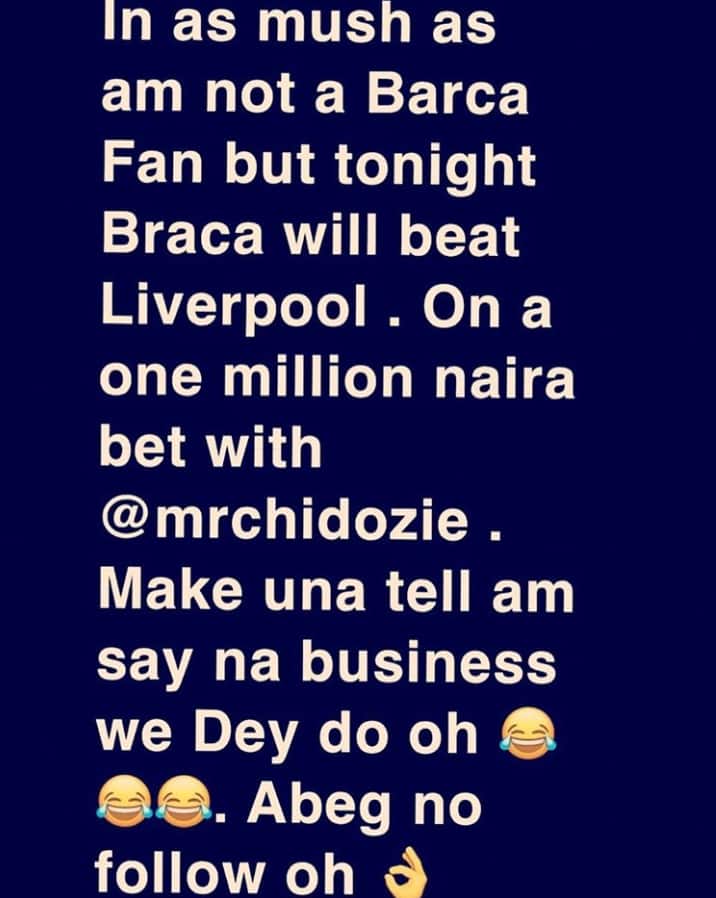 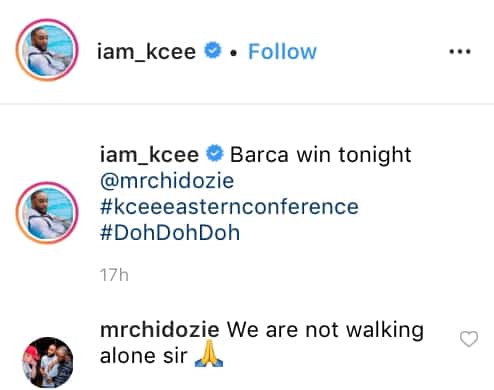 Argentine star, Lionel Messi was excellent on the night as he completed a brace with a superb free-kick. However, on the return leg, he was a shadow of himself as Liverpool rained goals on Barcelona at Anfield.

The brilliance of the English Premier League side ensured Messi got denied the chance to play in a fourth UEFA Champions League final. He had earlier been predicted to reach the final and eventually win the trophy.

As it turns out, Barcelona lost and Liverpool won.

Shortly after the game, @mrchidozie confirmed receipt of the sum of One million which he won from the singer as a result of the bet. 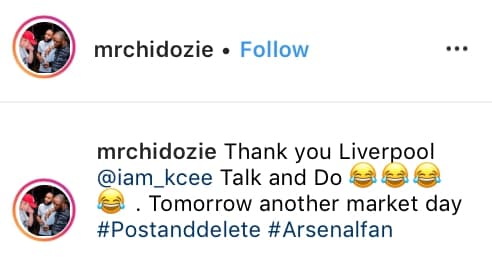 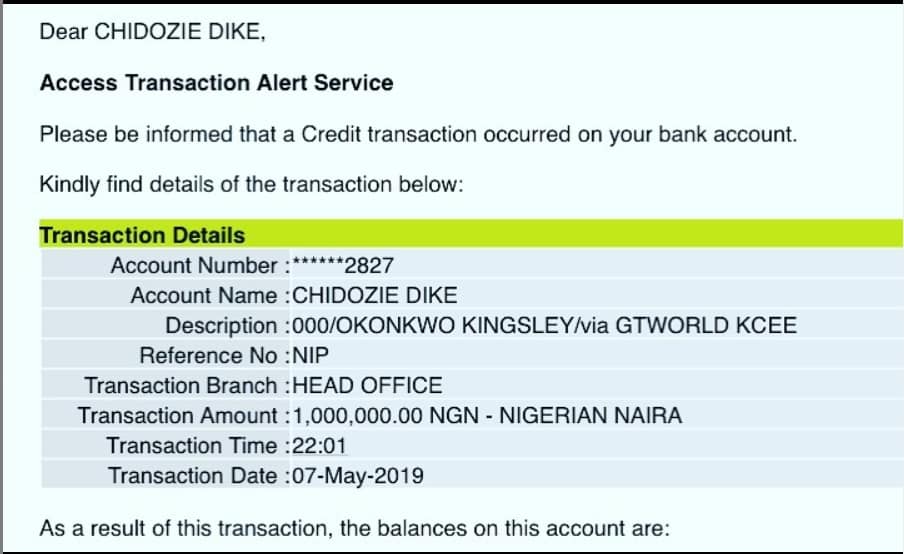