Two serving members of the National Youth Service Corps in Kano State, who met each other during the one-year programme, Muhammad Musa and Hauwa Bagudu, recently made headlines after getting married in their khaki uniforms. 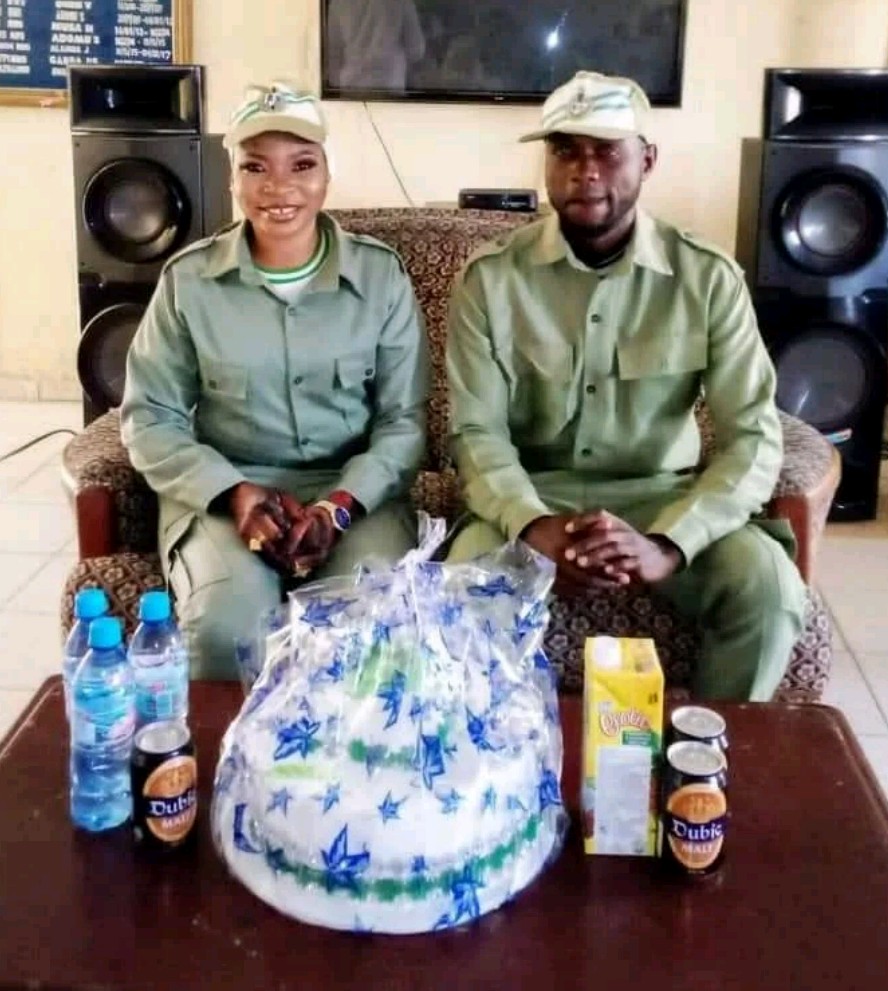 The young couple got married last Friday at the Juma’at Mosque, Nigerian Air Force Base in the state after dating for just 10 months.

In this interesting chat with Ted, the couple revealed why they rushed into marriage and their love story.

You’re from Nasarawa State, what tribe are you?

Muhammad: I am Afo from Nasarawa Local Government Area, Nasarawa. I studied History at Nasarawa State University, where I earned BA degree. My elder brother earlier married from the Yoruba community. I am the second person within our family to marry outside my tribe.

How old are you?

You are from Niger State, what tribe are you?

Hauwa: I am Nupe; a proud one for that matter.

How did you meet Hauwa?

Muhammad: We met at NYSC kitchen when we were in camp. We just clicked when we first met; it was love at first sight! We were both struggling to be served lunch. But the moment I saw her, I fell in love with her. However, I did not realise that it would culminate into marriage so soon. It’s God’s work.

What really attracted you to her?

Muhammad: Her simplicity and beauty were the things that attracted me to her. Also, when we started the relationship, I discovered how kind and caring she is, and those are the attributes I have always wanted in any woman that will be my life partner. 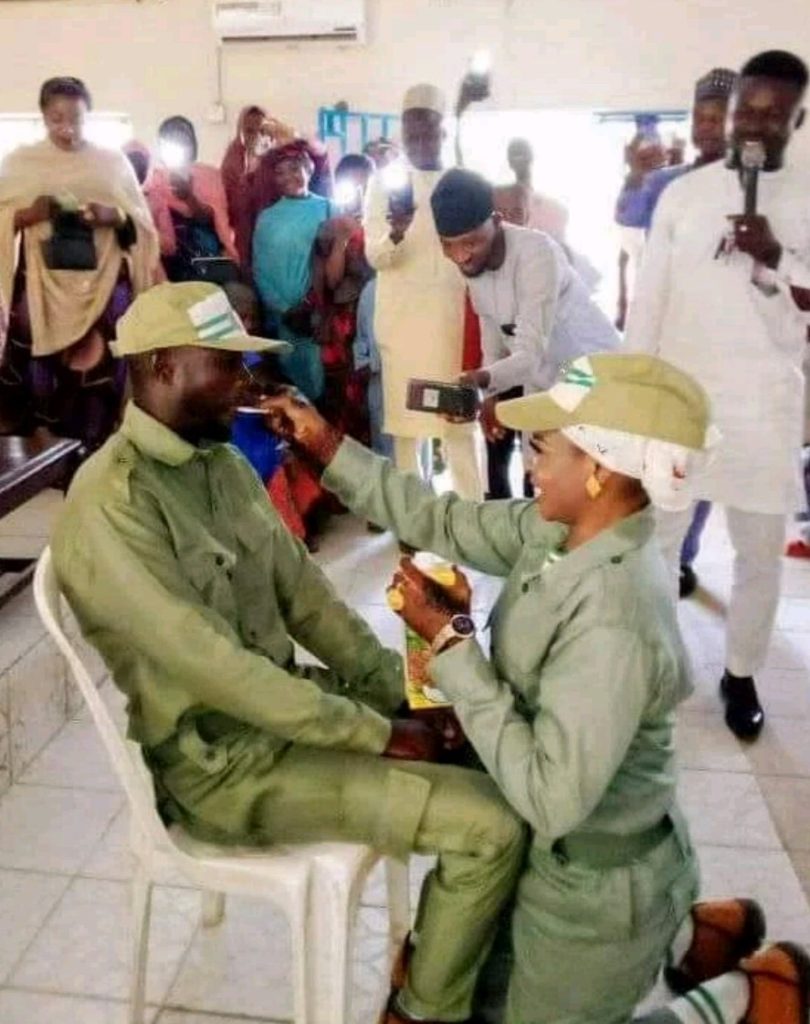 What qualities of his attracted you to Muhammad?

Hauwa: He is religious, intelligent, simple, generous, wonderful and caring. He is simply the best (man) I have ever come across. I like him because he is amiable, caring and friendly. These attributes of his attracted me to him.

How did Muhammad Musa show interest in you?

Hauwa: It was an amazing moment. When we first met, we clicked on the spot. It was love at first sight. I did not accept (to date him) that same week; it was two weeks later that I accepted.

So you initially play hard to get?

Hauwa: Yes, of course. I did because as a woman, it is our pride to prove difficult before eventually succumbing (to propositions).

What made you to accept his proposal?

Hauwa: He is just too natural and real, that was why I accepted his proposal.

You met in camp and already getting married, why did you not wait till after service year?

Muhammad: Time, they say, is of essence, and marriage is an institution ordained by God, who is the owner of our lives. I rely on this to hasten the marriage, instead of waiting for the end of our service year. I felt if I waited much longer than now, I might change my mind and start a fresh relationship with someone else who may not be right for me. So, I hastened the marriage because I felt it was an opportunity I could not afford to miss.

How long was your courtship?

Muhammad: Our courtship lasted for 10 months.

Some people believe courtship should last longer than that, how would you react to that?

Why are you so sure she is the right one for you?

Muhammad: During our three-week orientation, I discovered she has good character, which she demonstrated during our courtship. I also investigated and discovered that she inherited her good character from her family; she has a good family background.

What are the other things you love about her?

Muhammad: I do not only love her, my passion for her developed further when I discovered she was religious, intelligent, simple, kind, hospitable, loving and caring. I was convinced that when we start having children, she will inculcate such attributes in our children.

ALSO READ:   Coronavirus: 'Don't expect relief materials from the church, you gave your offerings to God and not your Pastor' - Pastor Amoateng

When you told your parents that you planned to get married to a lady you met in camp, what were their reactions?

Muhammad: My parents’ reactions were not only positive; they were also supportive of the idea. They both agreed that as long as we love each other and agree to live together in peace and tolerate each other for the rest of our lives, they were in support. 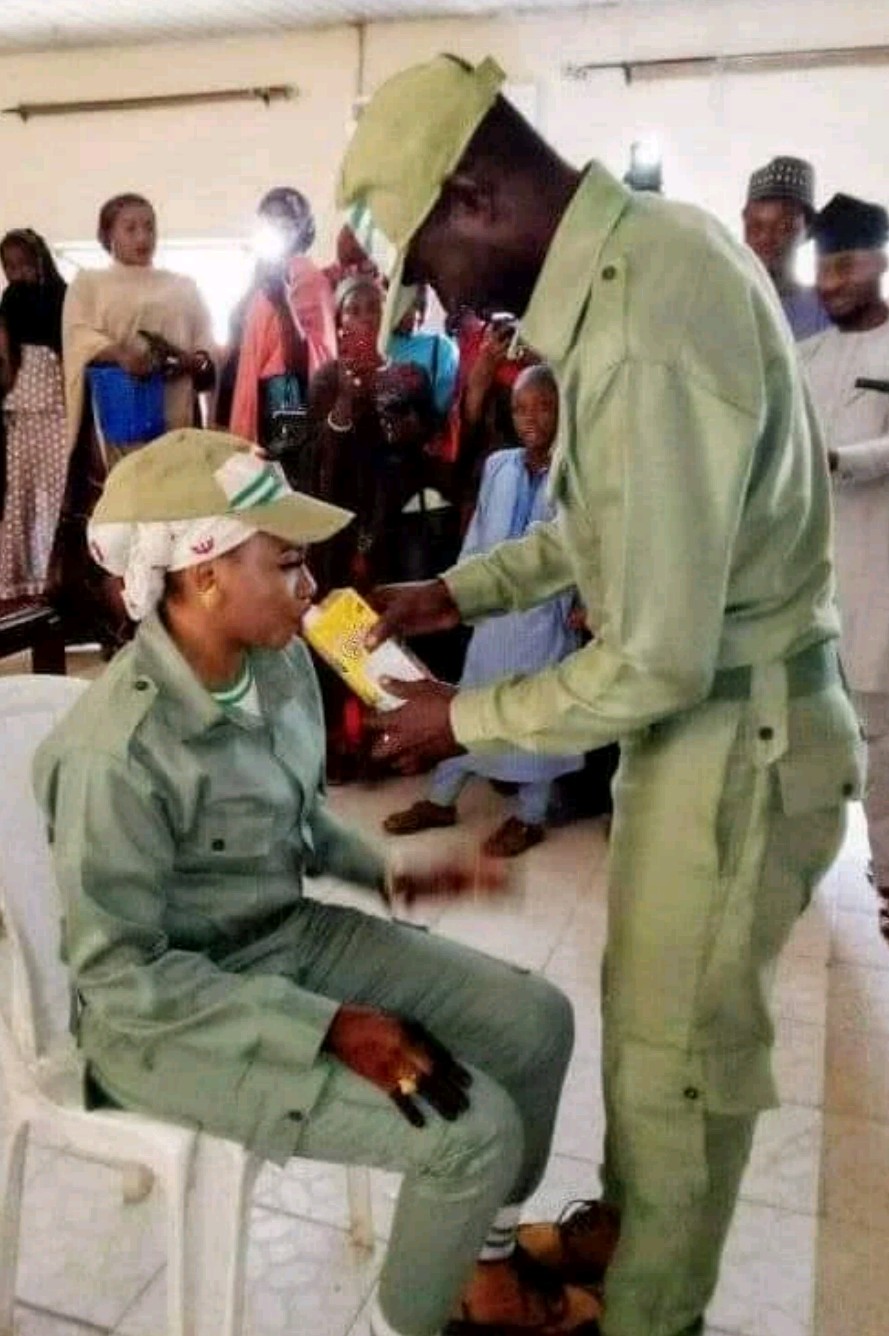 How did you tell your parents you found the man you would marry in camp and would want to get married now?

Hauwa: It was an uphill task to speak out to my parents but I later summoned courage to inform them. I told them point blank that my feelings towards him were becoming too natural and real.

And how did they react?

Hauwa: My mum was so happy about it but my dad objected to it at first for reasons best known to him. Thank God, he later accepted so as not to hurt my feelings because he believes that my happiness should come first.

How do you plan to handle the financial responsibilities that come with marriage?

Muhammad: I’m an artisan, with specialty in tiling floors.

What are your plans to handle your financial responsibilities?

Hauwa: I am serving my nation for now as a youth corps member. At the end of my service year, I will grab any opportunity that comes my way, so as to reduce the burden on the shoulders of my husband.

Some people believe it is better for a couple to start working before getting married but both of you are still corps members.

Muhammad: We will continue to do our best and allow Almighty God to provide our daily bread and needs.

What made you trust him?

Hauwa: If you meet your Mr Right, you don’t need to be told. Aside from that, his simplicity and calmness made me to truly love him. He is simply the best for me.

Some people believe that courtship should be longer, how would you react to that?

Hauwa: It’s not how far but how well. All you need in courtship is not about the duration but how well you understand each other. We were friends for few days and when we became lovers, it became so overwhelming and amazing. Everything became so interesting as my world reached its destination.

Did you receive any support for the wedding?

Muhammad: Yes, especially from my family and friends. They rallied round to ensure the success of the wedding. The NYSC band graced the unique occasion, during which they played concordant tunes to add colour to the historic wedding. NYSC members and our parents also attended the occasion to demonstrate their support for the marriage.

Did NYSC sponsor the wedding?

Muhammad: NYSC did. The Kano State NYSC Coordinator, Ladan Baba, also attended the wedding, alongside our parents and family friends. They all contributed to the success of the wedding.

You said you’re the second person in your family to marry from another tribe, did you nurse any fear before the marriage?

Muhammad: I never did because we met while we were in camp and both realised on the spot that we were meant for each other. Based on this reality, I had no fear whatsoever.

Were you initially apprehensive about marrying someone from another tribe and state?

Hauwa: Not at all, I always stand for the unity of our country, Nigeria, before my friends.

Do you think your action will inspire a lot of people and probably encourage unity in the country?

Muhammad: My action will inspire more Nigerians to marry outside their states and tribes. Also, I am not the first from my family to marry from another tribe, so I have no fear at all.

I also believe that it will not only foster unity among us, it will encourage Nigerians to love and encourage one another.

Where do you plan to settle down? 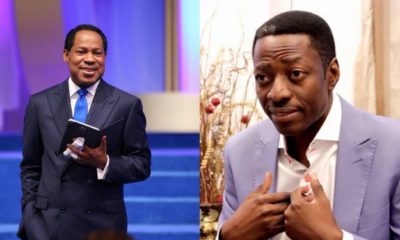 Pastor Sam Adeyemi has debunked Pastor Chris Oyakhilome’s claim of government shutting down churches to install the 5G network and... 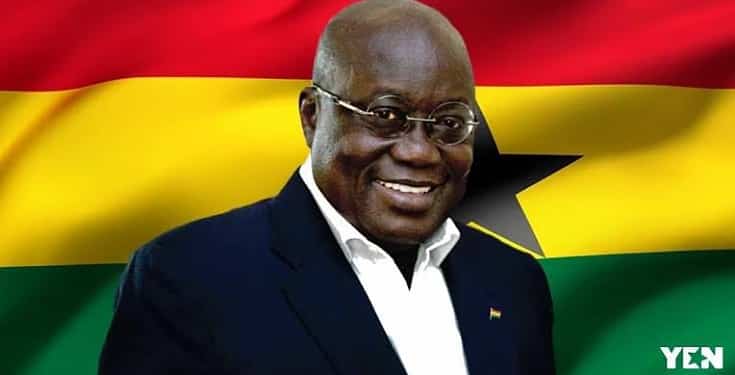 Ghanaian president Nana Akufo-Addo, has announced Special intervention packages for its citizens as the country continues to battle the Coronavirus... 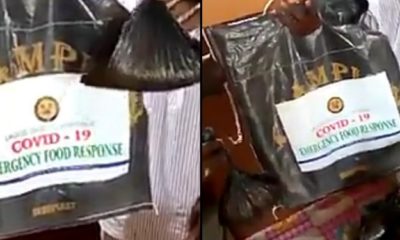 A Nigerian man has come out in a viral video to complain about the quality of relief materials which was... 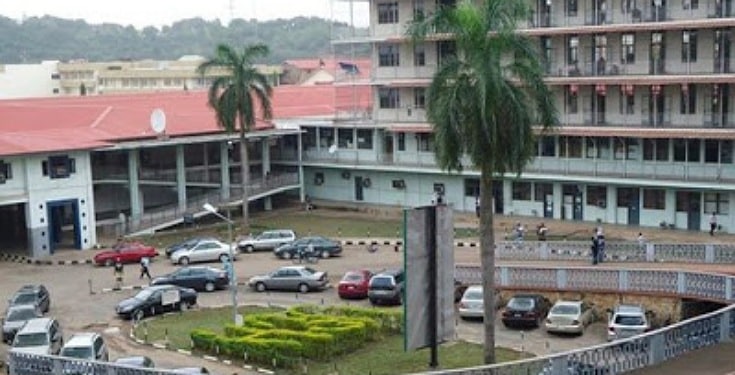 The result of COVID-19 second test done for the chairman of the governing board of the University College Hospital, Ibadan,... 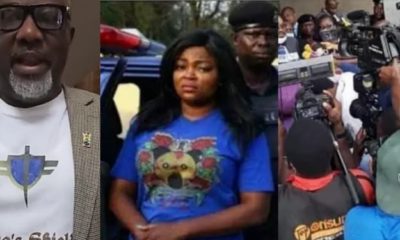 it is no longer news that popular, talented Nollywood actress, Funke Akindele Bello was on Sunday arrested by the Nigerian...