Home Viral News “Just 81 days in detention and my girlfriend already has a new...

Twitter user, Shola has taken to the platform to reveal how his girlfriend dumped him after he was detained for 81 days.

“Just 81 days in detention and my girlfriend already has a new boyfriend. Females are so impatient”, Shola wrote.

Speaking on his crime and how he felt over his detention, he wrote;

“I just wanna say a very big thank you to everyone who contributed to the #FreeShola movement.

Spending almost 90 days in detention for creating a parody account is still unbelievable to me. It really messed with my mental health, my family spent a lot of money and I also lost.” 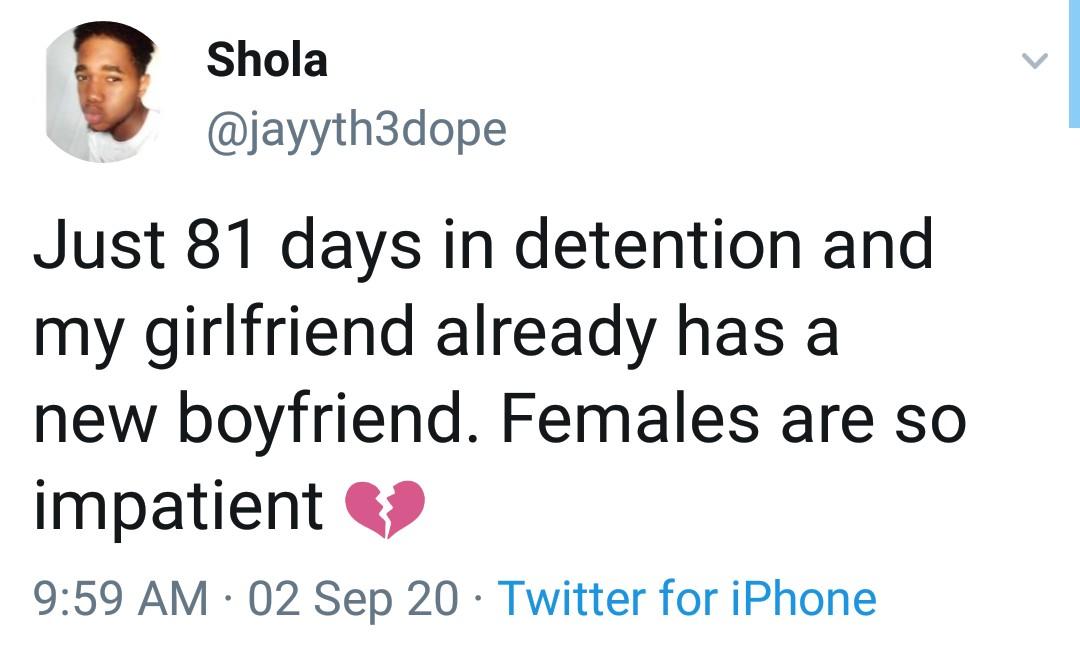