Actor Jnr Pope has chided his colleague Onyii Alex for saying that it’s a sin for a broke man to fall in love with her. 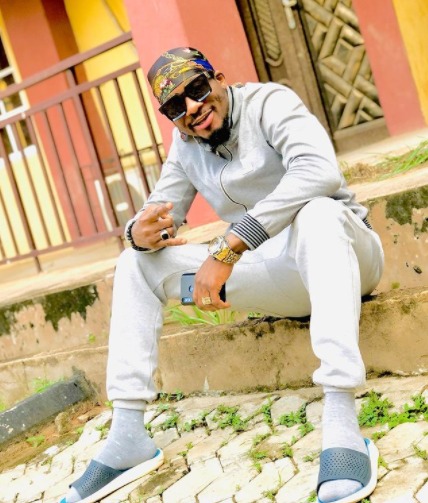 Onyii Alex took to her Instagram to opine that as a hustler that it is a sin for a broke man to fall in love with her because she’s a hustler and doesn’t want to go broke.

Reacting to this, Jnr Pope who responded to her controversial statement has opined that rich men help 95% of broke women. He further questions why the female gender cannot repay the favor.

“But Na Rich Men Help 95 percent of All The Broke Women Before And Set Them Up Why Can’t It Happen The Other Way Round (just asking for a friend) My Dear Sisters don’t be deceived Social media will fuck your psych up…. With a broke guy or girl with e prospects, you can build an empire… It’s a process. Make them no use pressure kill una. In your little way, you are all trying.” 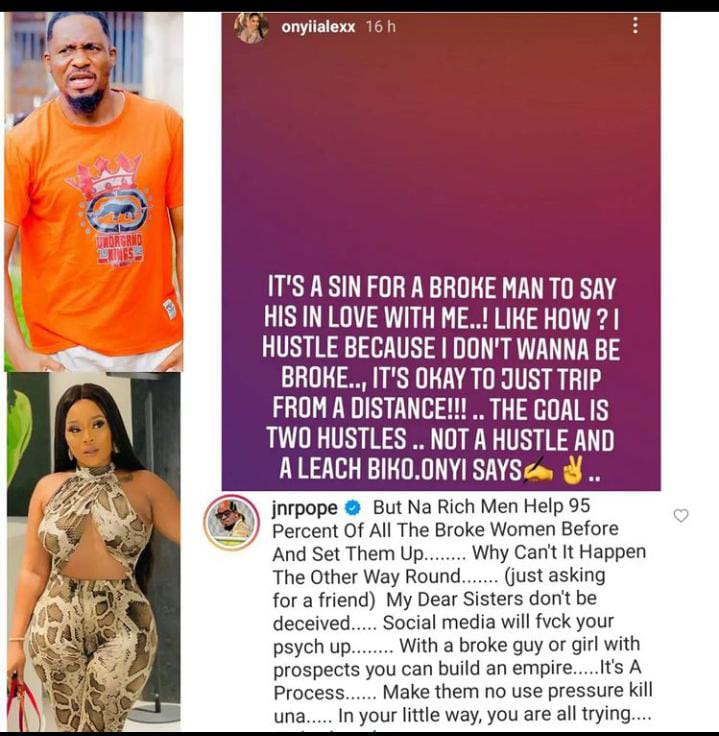