Busty Nollywood actress, Onyii Alex has disclosed that a broke man who comes up and says he’s in love with her, has committed a sin. 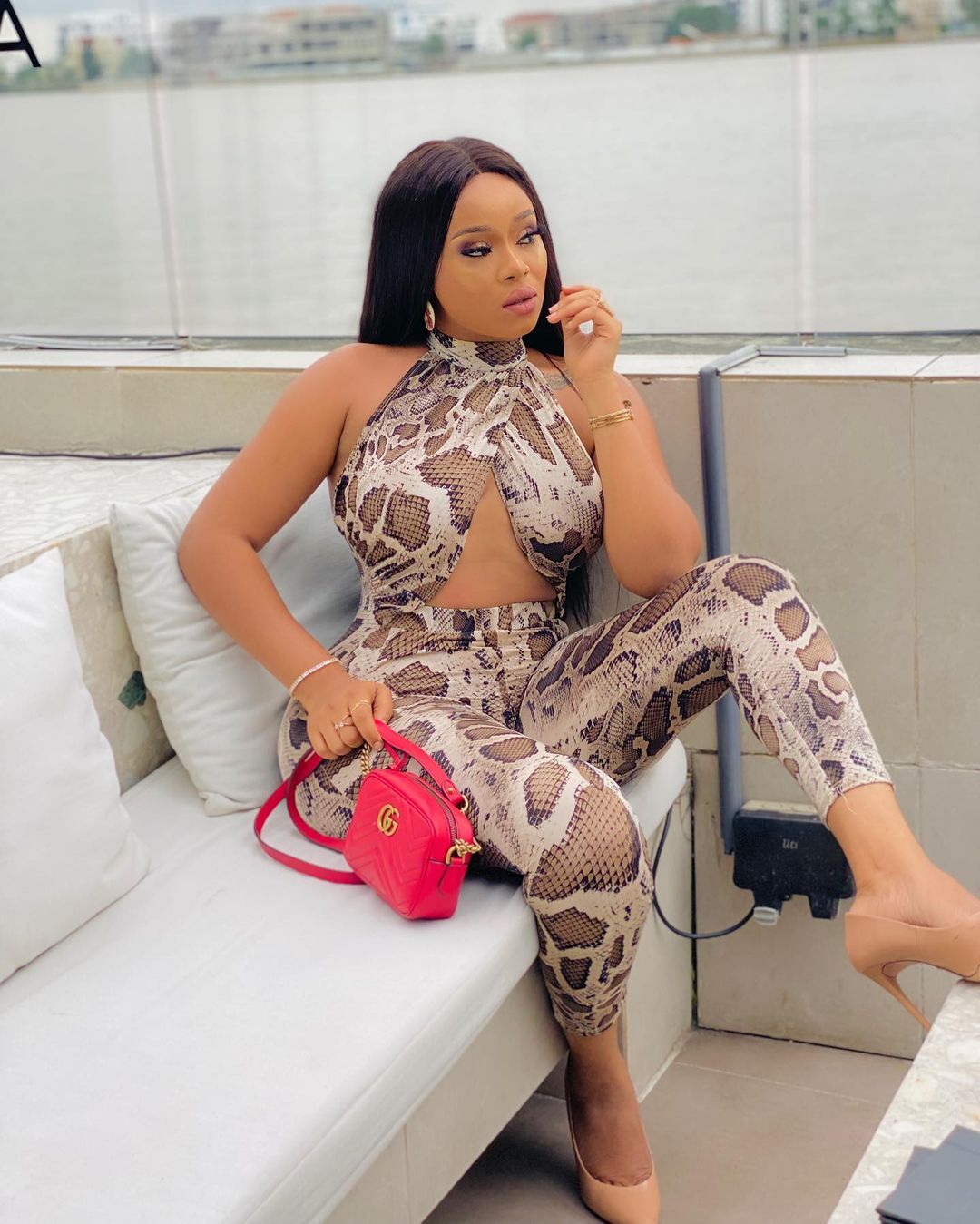 While taking to her Instagram stories on Sunday, the actress said it’s okay for a man to just crush on her from a distance but as far as he’s broke, his feelings should end there.

According to Onyii Alex, the goal is to have a man who’s rich and hustling for her and not someone who will only feed off her money. 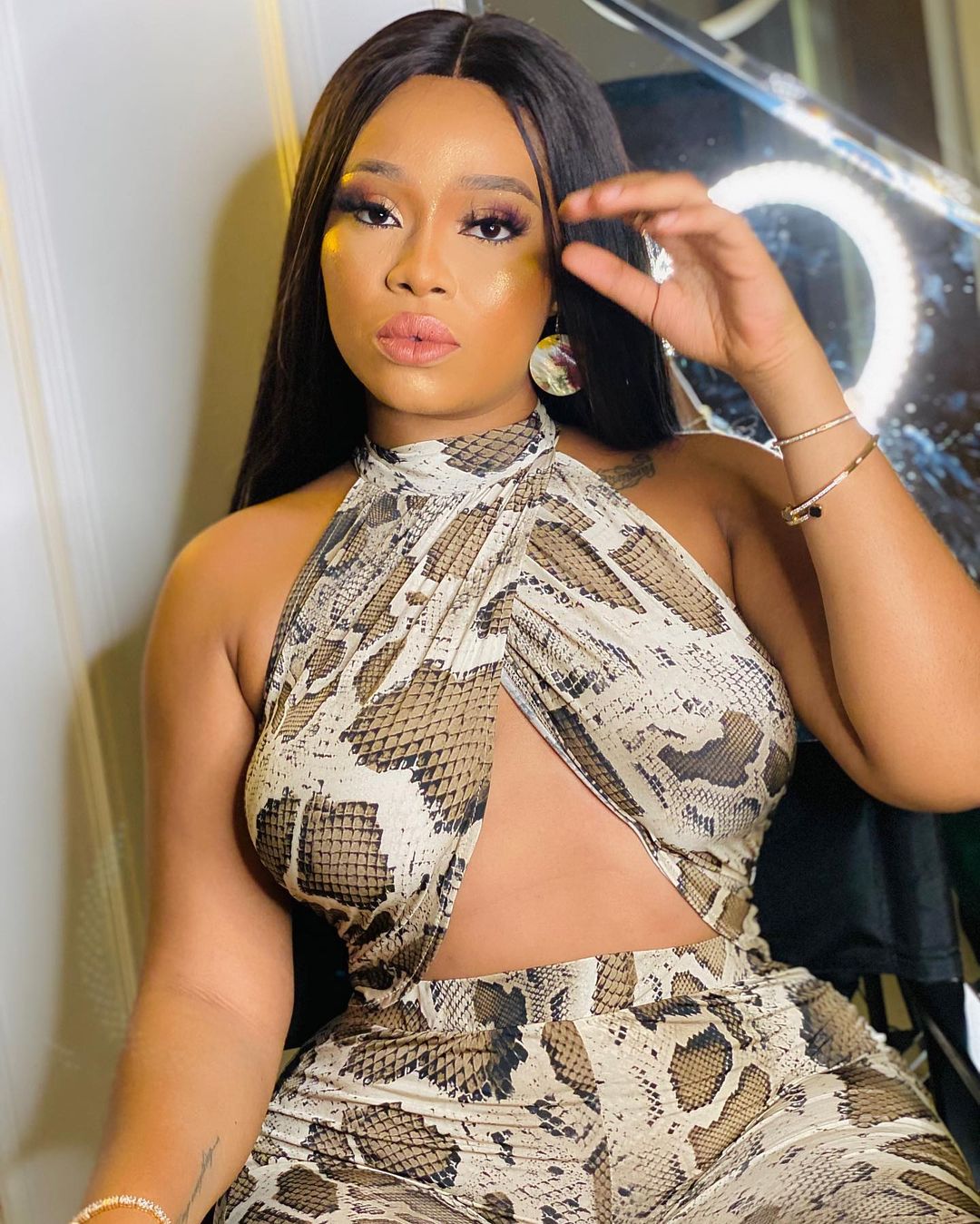 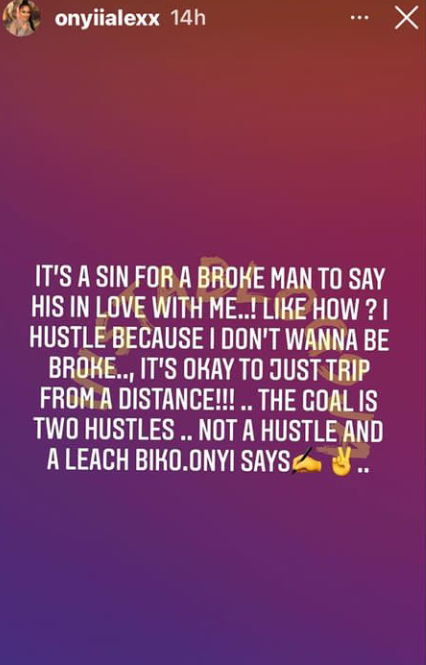