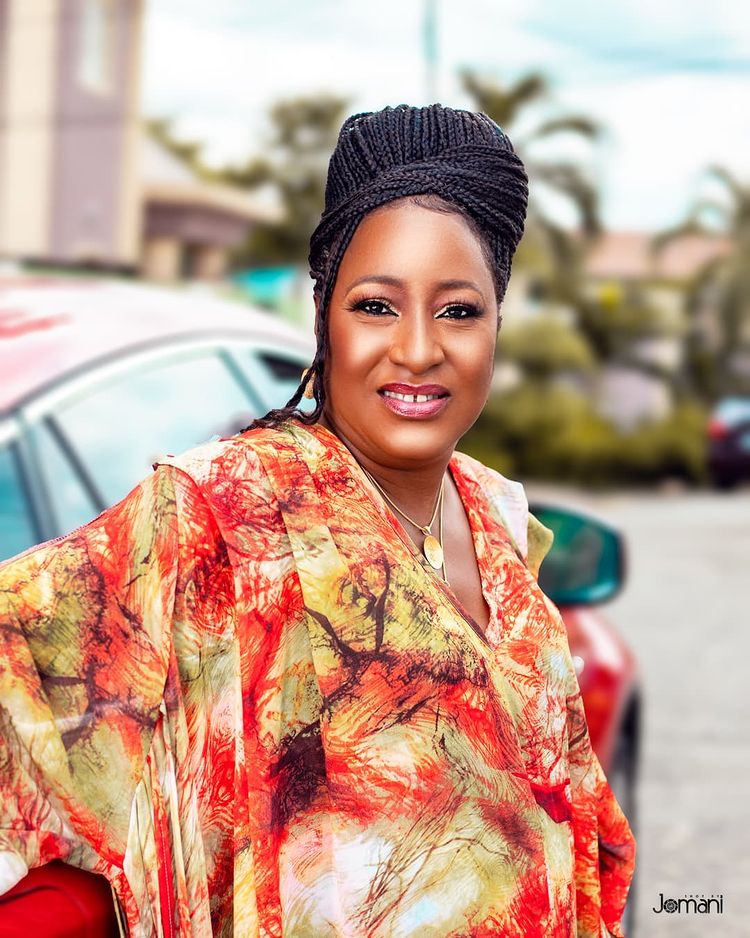 This is coming after clients called out Kachi Beauty Products owned by Ireti’s daughter, Abimbola Onyeulo, for scamming people to the tune of millions of naira.

In reaction to the accusations, Ireti Doyle penned a public declaration on Instagram that reads in part, ”I do not and have never owned a share, been a director, been on the payroll or received any financial benefit from said business.”

She further added that all dealings made with her 34-year-old daughter and her business should in no way involve her name. 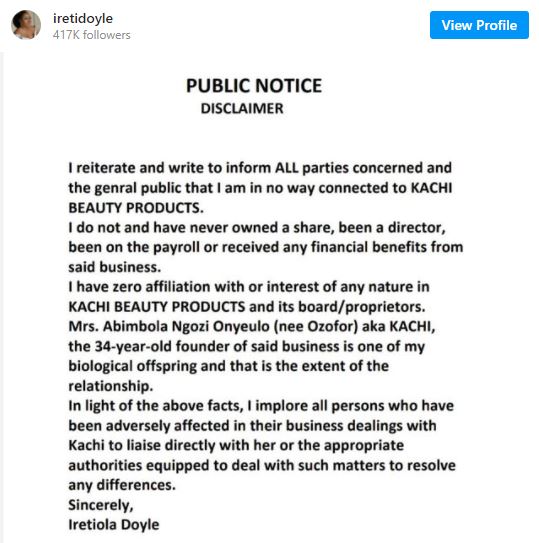