Home Entertainment News “I’m the last of the males” – Obi Cubana shows off his...

Popular billionaire and socialite, Obi Cubana in a recent post, has shared some details about his family. 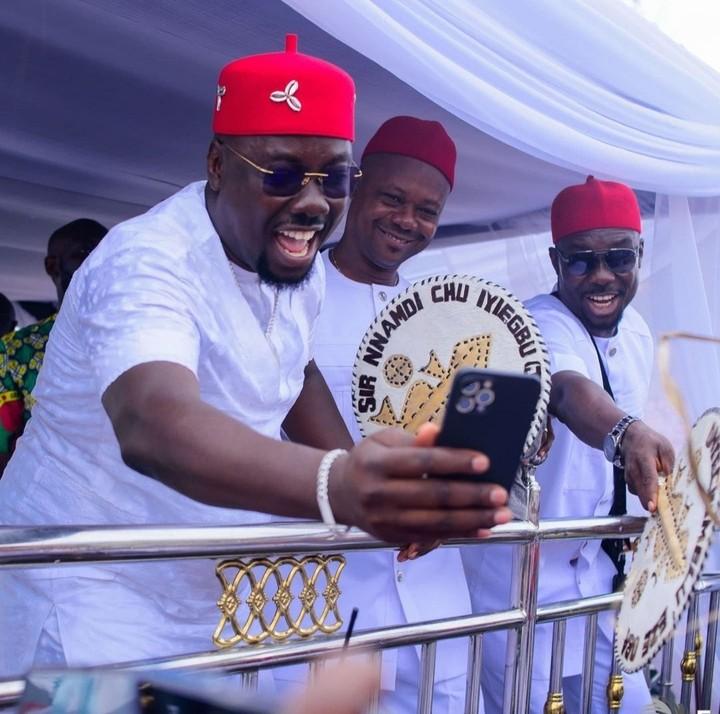 Obi Cubana took to his Instagram account to show off his elder brothers as he revealed that he is the last son of his parents.

He added that he is the fourth of five children of his parent.

Recall that Obi Cubana made it to the limelight following the lavish burial ceremony he had in honour of his late mother.

Since the ceremony, many had assumed he’s the only son since he was the centre of attraction.

Obi Cubana, however, revealed that his parents had five children, three males and two females.

Sharing a photo of him with his brothers, Obi Cubana wrote, “I was born the 4th child in a family of 5.

I am the last of the males; 3 guys and 2 babes!
@sir_chu_akaeze Akaeze is the 1st and @ike_cubana is the 3rd and my immediate elder bro…….
#ripodoziaku
#okpataozueora1″