Home Viral News “I’m still enjoying her ‘coochie’- Man gushes over his wife on their...

A Nigerian man’s post has gone viral as he took to his Twitter page to celebrate his wife’s ‘coochie’ on their 9th wedding anniversary. 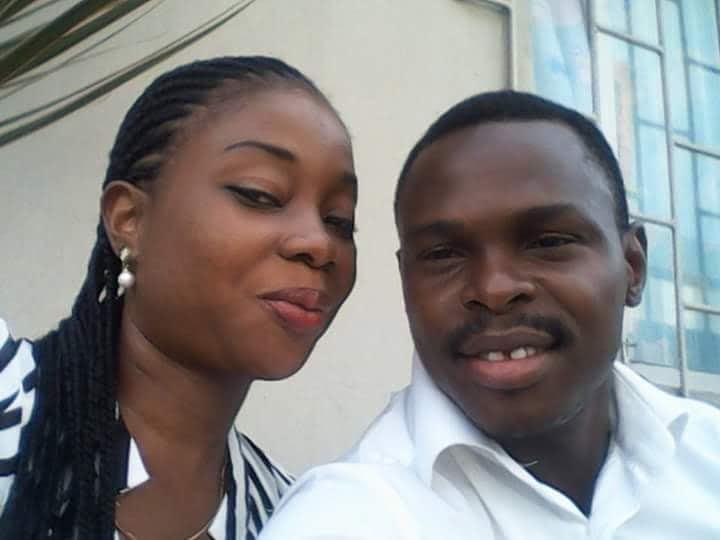 Mr. Akan shared lovely photos of him and his wife revealing how he’s been enjoying her fresh ‘coochie’ for nine years without it ever going sour in his taste buds.

Sharing the photos, he wrote; 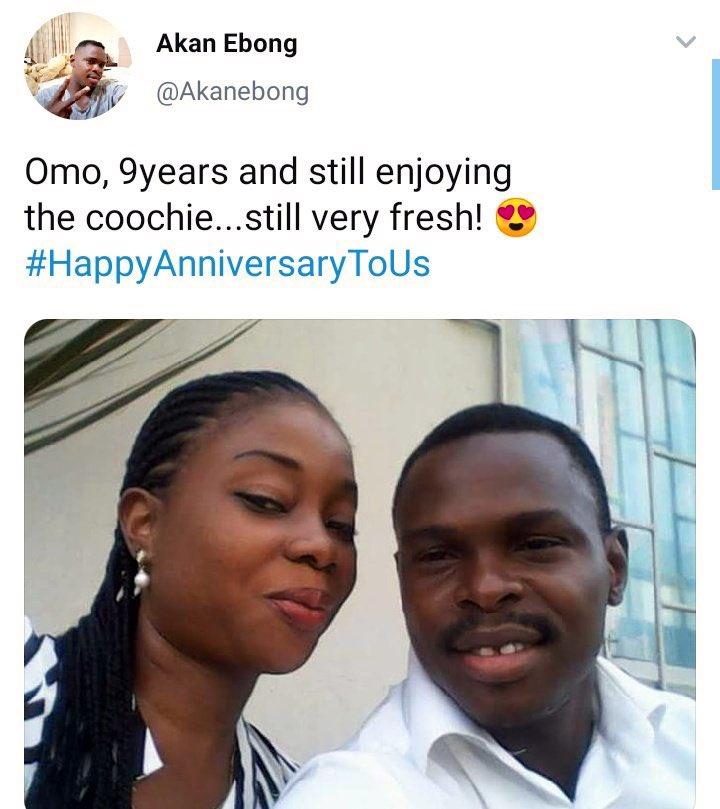 Here’s how people are reacting to this;

Afy wrote; I’m here to fight anybody that has anything to say against the caption. Happy anniversary to y’all jare

Anthony wrote; Coochie vendor.
Feminist will be like ” so u married her becos of coochie”.
Women are more than just serving hot fresh coochies to men, & I’m sure 9 years must have taught u that, cos she gat all it takes to survive on her own.
So “Coochie master” the coochie part is unnecessary

Trinco wrote; Leave him alone. It is as he said it. 9 years and he’s still enjoying it. I respect such a man, who always find his wife’s coochie