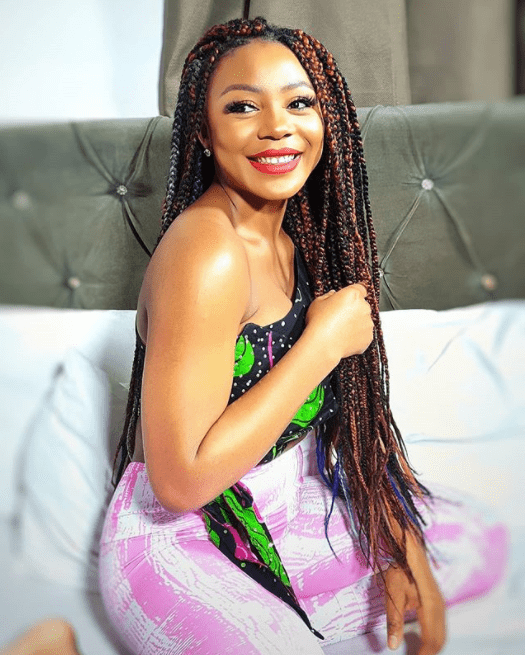 Ifu who has been single for a while now, has said that when she decides to start dating again, that she would date a white man instead of a Nigerian.

She made this know via her Instagram stories. writing; “When I decide to date again, it’s definitely not going to be a Nigerian! Ndi ocha, here I come!”

Recall that about two weeks ago, Ifu posted on her IG saying that she thinks she’s cursed when it comes to men.

The entrepreneur revealed that she never ask men for money when in a relationship, and that she helps the man to build himself instead. Read HERE. 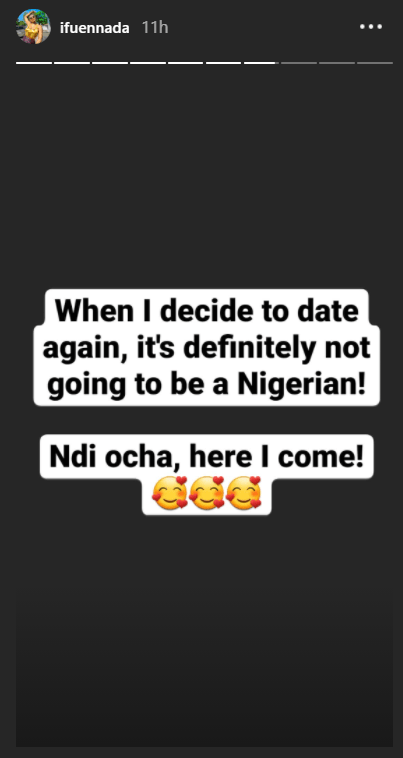