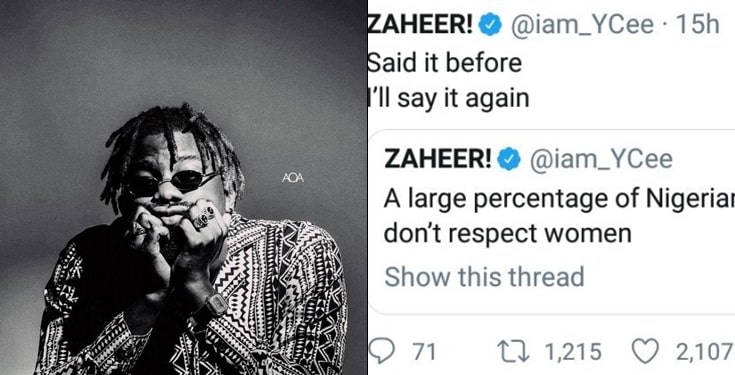 Nigerian rapper, YCee has declared that Nigerian men do not respect women – his stance comes few months after a Venezuelan model outed him for being such a poor giver of head.

The rapper took to Twitter to retweet a post he shared last year which reads, “A large percentage of Nigerian men don’t respect women.”

He added in his recent tweet, “Said it before, I’ll say it again.” 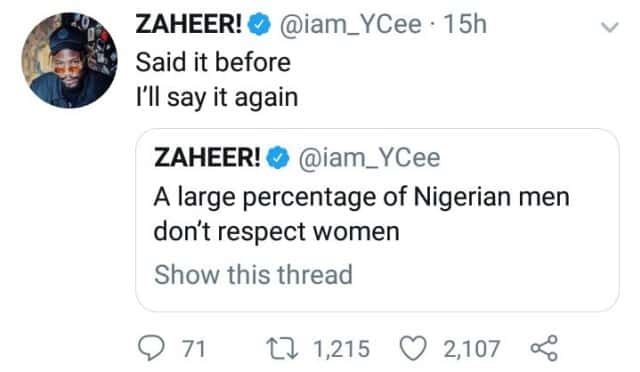