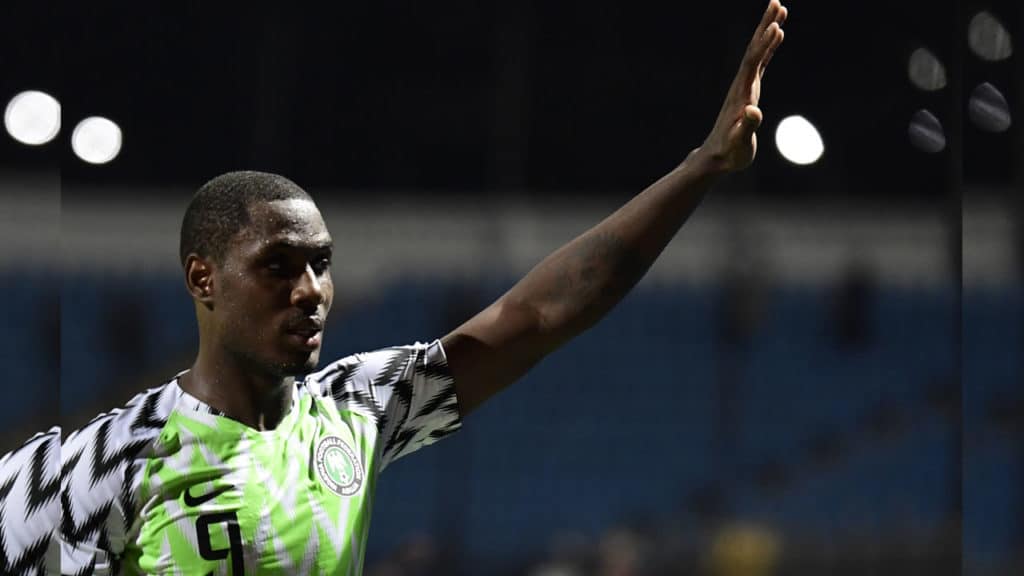 Odion Ighalo insisted on Tuesday that team success is far more important than personal accolades with his goals driving Nigeria’s run to the quarter-finals in Egypt.

The China-based forward finished as the leading scorer in qualifying for this year’s Africa Cup of Nations, and Ighalo is level alongside Senegal star Sadio Mane at the top of the charts with three goals so far at the finals.

“If I don’t win golden boot but won the trophy I’d be very happy because we are here to do that,” Ighalo said ahead of Wednesday’s clash against South Africa in Cairo.

“I didn’t say I’m not interested but we are here as a team and want to try and win it as a team. I’m a striker I want to score goals but if they don’t come and we win the game I will be more satisfied.”

Ighalo came in for sharp criticism after the Super Eagles were knocked out in the group stage at last year’s World Cup, but coach Gernot Rohr was full of praise for the way he has responded.

“After the World Cup Ighalo was criticised much more than normal,” Rohr recounted. “We spoke together and I saw that he’s very strong mentally.

“Even if his family was a bit scared, he accepted the challenge to come back and play in Seychelles in the first game after the World Cup and give his answer on the pitch. He was the best goalscorer in the qualifiers and when you have someone so strong it’s really happy for the team and the coach.”

After scoring the winner in Nigeria’s opening Cup of Nations game against Burundi, Ighalo delivered a match-winning performance against defending champions Cameroon in the last 16.

He scored twice and set up Alex Iwobi for the decisive goal in Alexandria as Nigeria rallied from 2-1 down to earn a thrilling 3-2 victory. Ighalo used his feet to again hit back at his detractors.

“I don’t really pay attention to critics. I’m a professional and people are bound to criticise me. I think everybody here has been criticised one way or another but you don’t let that get to you,” said Ighalo.

“As long as the coach is satisfied with my job and everything I give on the field, I don’t really pay attention to what people say outside.

“I just give my best in every game I play. Sometimes it won’t be enough but I’m satisfied I gave my best.”