Nollywood actress Moyo Lawal has hitten hard on those who criticize others for sinning differently such as sleeping with men before marriage. 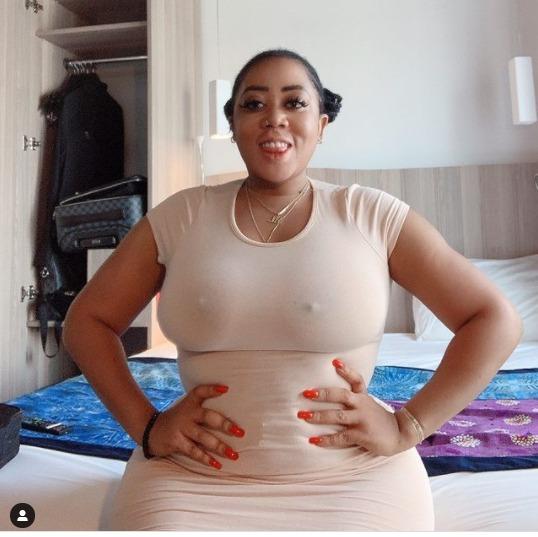 According to Moyo, if you did not marry your husband as a virgin, then you have no moral right to call others who have sex outside marriage callous names.

“See eeh … so far you didn’t marry your husband as a virgin … …. (Sugarcoat it anyhow you want sex before marriage is a sin!! ✌️if you like let him be the one who disvirgined you )…

You are a sinner !!???and you have no right to be calling anyone names !!

I don’t know why, people who live in glass houses are always the first set of people to throw stones …

Just stop being a hypocrite… all these married women doing things and still having guts to judge people ?? ….. …. I don’t even understand, shey they told you that if you bring down other women …. Your sins will be washed away ni ? It is a lie oooh??? ….

But what is my own …. Na you people Sabi, continue suffering and smiling ✌️….. may I NEVER have a marriage that I have to sustain by cheating ?

Let us learn to be kind … we all sin differently and if you know you do something and you call out others because your own is secret …. The thunder that is waiting for you eeh is gathering speed… ???… it is bitterness that will swallow your soul ???” 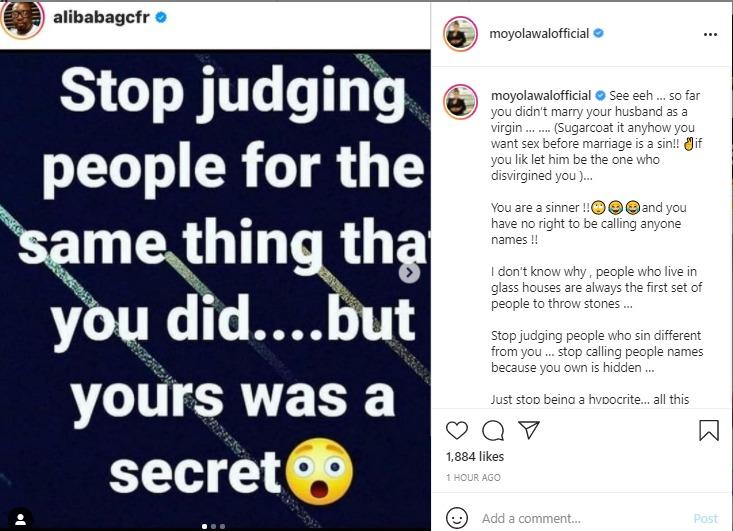