Recall that BBNaija reality star and model, Vee Iye in an earlier report by Gistreel had taken to her social media timeline to caution toxic fans as she told them to “Stop pushing your fears onto me, am allowed to have a healthy brand.” 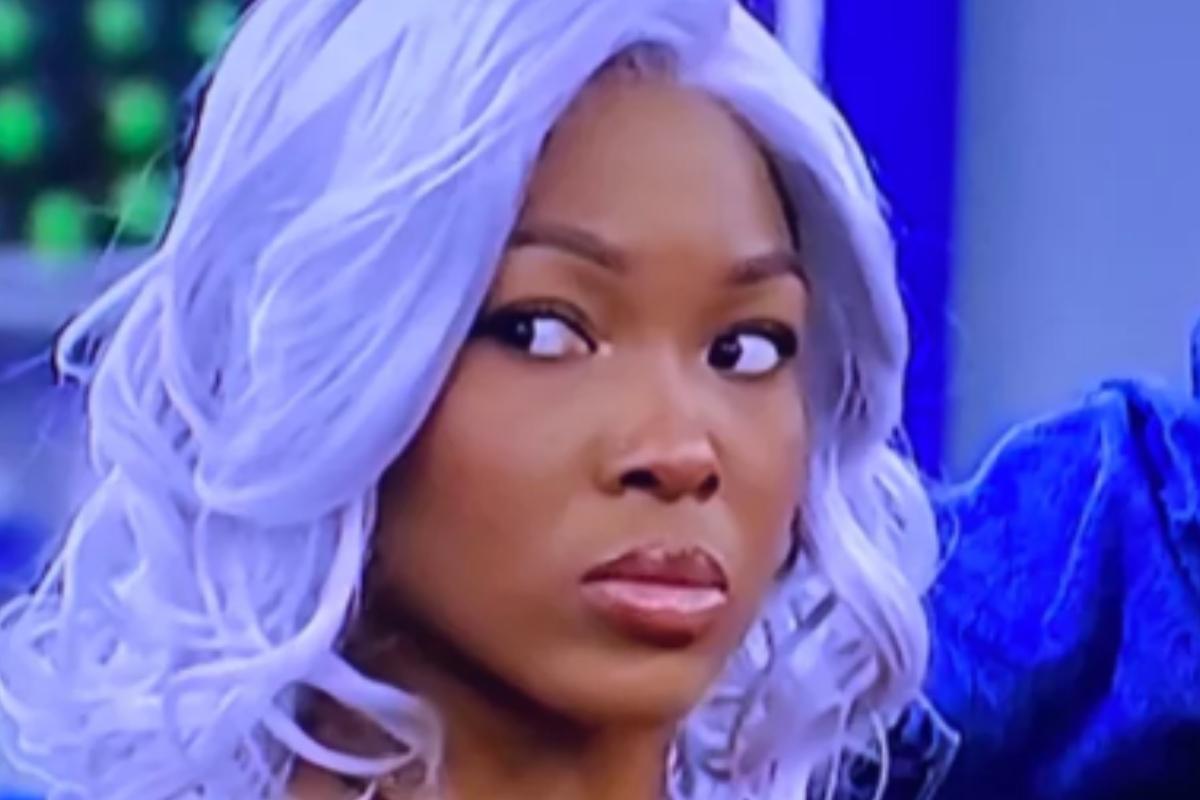 However, the recent reports have revealed that the BBNaija star who is in a relationship with fellow housemate, Neo has been ill.

Vee made this public after she shared some photos via her Instastory which showed she’s hospitalized.

She revealed it’s just a bad case of malaria and typhoid as she added that she would be ok. 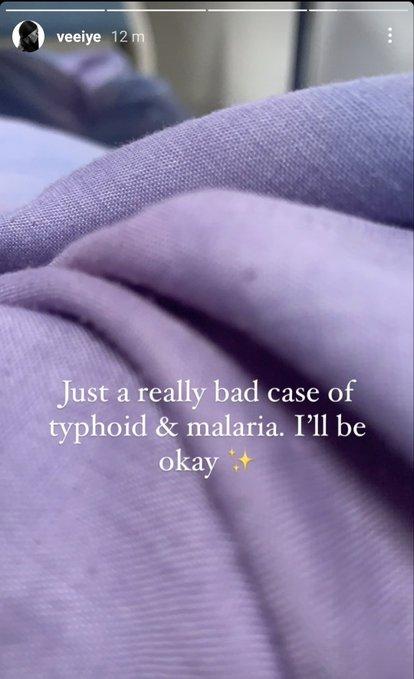 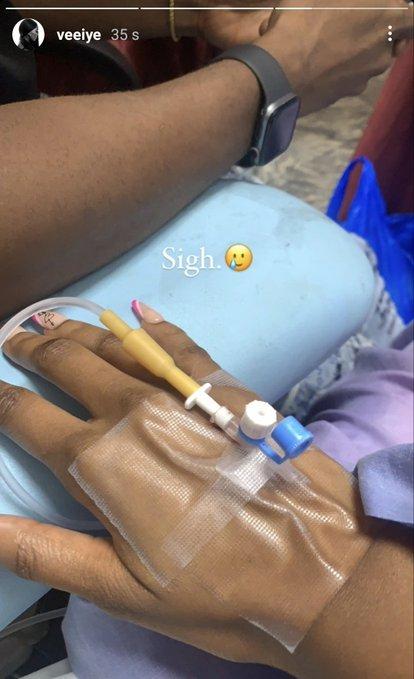